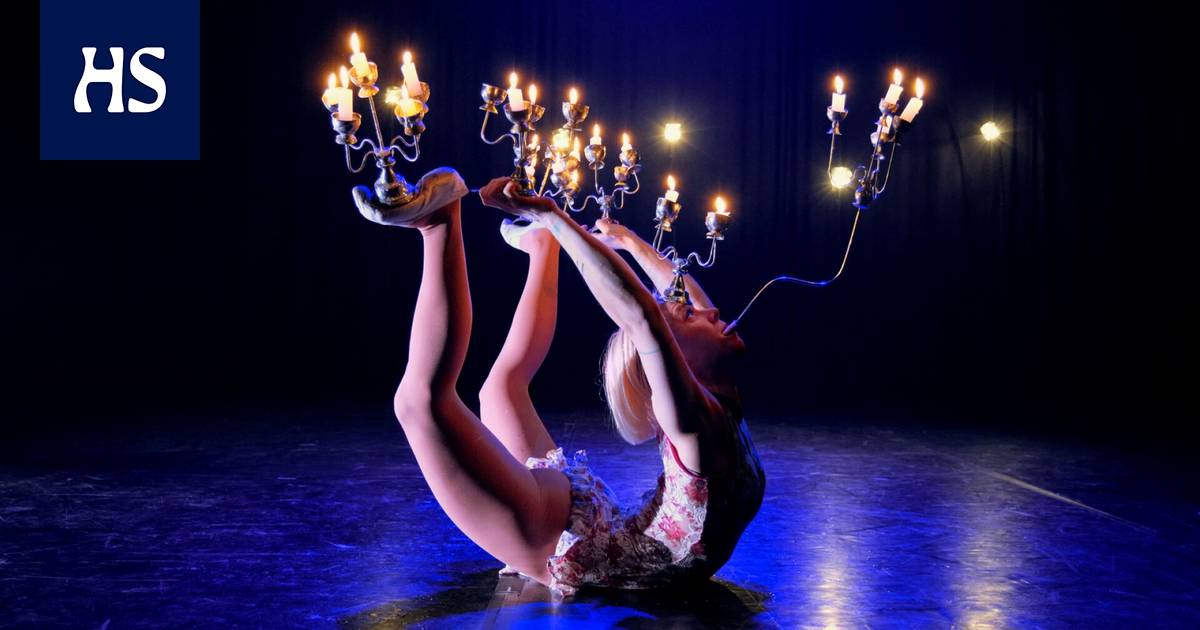 To the summer bayIn the backyard of the Tiivistämö building is Stage, an urban summer theater that serves a variety of performing arts from burlesque to flamenco in July and August.

In the open air, the plan works well with current interest rate restrictions. If the gifts of football tourists cause new blackmail, there will be problems.

Stage is backed by the new circus center Cirko, so Friday’s opening night was rightfully dedicated to that sport. Circus Cabaret Experience There are six more nights.

The first consisted of short presentations. Drinks could be ordered at the tables by waving a red signal flag. White tablecloths celebrated the outdoor space. Clever.

Hot a day of cooling off with a pampering occasion. The atmosphere was also raised by the fact that a large number of performers were in front of a live audience for the first time in more than a year. The interaction with the audience was relaxed and hilarious.

The evening was opened by a Tampere Irishman Simon Llewellyn juggling a maximum of five footballs. The trick is topical, but Llewellyn has been doing it for 20 years. Uncomfortable balls to juggle added tension to the basic performance.

Also Salla Hakanpää there was a specialty in rope acrobatics that brought its own tuning. At the lower end of the rope waited a water cave, which inevitably ended up.

The two members of the Belenos group danced charmingly, but their light fixtures did not quite come into their own on a clear summer evening. No fire art was seen this time.

As presenters worked Cover & Pasi threw their own vignettes between other performances. In places, their pair acrobatics hinted almost kamasutraistically. In the second half, Kate whipped cucumbers, carrots and bananas, which Pasi considered phalluses. Went excited.

The cabaret should consist of short numbers that follow each other quickly. But the brevity of a couple of numbers in particular left me hungry to see more.

Aaro Kontio juggles hourglass-shaped diabolas with sticks and strings virtuously. In the Tremolo performance, he has partnered with the percussionist Henri Vahvanen. The lively rhythm and their interplay took the performance to magical moods.

Flexibility acrobat Ramona Reinvall has studied in China. He balanced up to six burning candlesticks and twisted at the same time, sometimes suspecting that some intermediate stage had slipped past his eyes. Simple but wild.

To end up with there was a magic duo Lauri and Siiri. They performed their basic time flawlessly. Lauri made Siiri hover and the couple swapped places in a locked coffin.

They made me think about the difference between magic tricks and the rest of the circus. In magic tricks, the viewer is left wondering how it was done.

But nothing is hidden in acrobatics, juggling, clowning, and so on. It’s not hard to figure out how to do the trick, but the wonder is that you can do it. In both, the performer entertains by crossing boundaries that bind the audience.

Stage continues on 18.8. until. The full program at cirko.fi