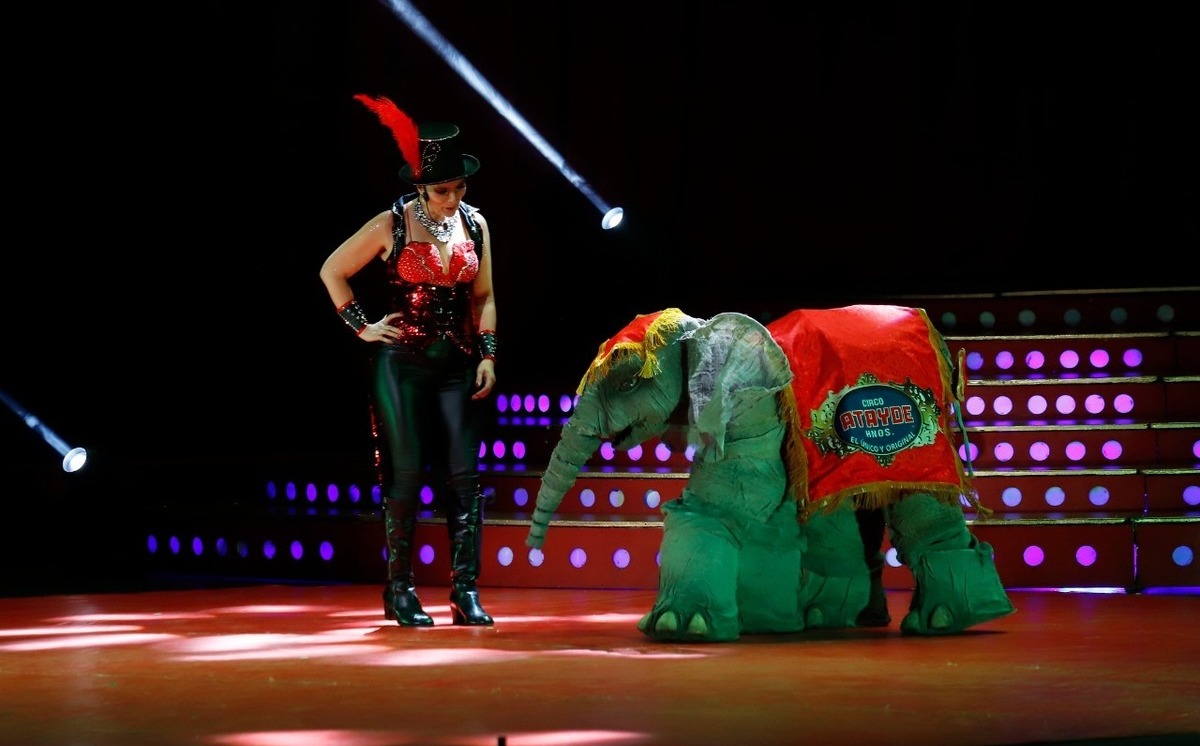 The Secretariat of Culture of Mexico City announced that the Circo Atayde Hermanos show will return to the Esperanza Iris Theater of the City, where its jugglers, contortionists, clowns and tightrope walkers will offer 7 performances from July 29 to August 1.

The capacity of the venue will be 50 percent, both of the staff and the cast, the attendees will be obliged to attend to the sanitary measures to prevent the contagion and spread of covid-19.

Ticket sales will be available at the box office of the venue and on Ticketmaster. The programming of the Theater System can be consulted on its social networks on Facebook @TeatrosCdMexico, Twitter @TeatrosCdMexico and on Instagram @teatroscdmexico.

The Unique and Original Circo Atayde Hermanos will present: Magic Galas, which will be staged from July 28 to August 1 at the Esperanza Iris City Theater, located at 36 Donceles street, Centro Histórico neighborhood, on Thursdays and Fridays at 7:00 p.m. and Saturday at 1:00 p.m. and 7:00 p.m. and Sunday at 1:00 p.m. and 6:00 p.m., with the provisions of the epidemiological traffic light in force.

This time the plaque will be unveiled for its 133rd anniversary of circus life, the fourth and fifth generation have managed to position themselves in the public’s taste for being so colorful and fun, also, during these dates it will demonstrate the why of the predilection of young and old, with a show that they presented successfully last April at the Donceles venue, a space in which they were sold out.

Do you know the Circo Atayde Hermanos?

The Circo Atayde Hermanos had its first performance on August 26, 1888 in Mazatlán, Sinaloa, led by Aurelio Atayde Guizar, grandfather of the current generation of businessmen and artists. After living during the Mexican Revolution, they ventured to take their circus show to various places in the Mexican Republic.

The Atayde family decided to embark for Central and South America, on a tour that lasted 20 years, a period in which they went through endless experiences, linked to the itinerary typical of the circus life: audience triumphs and failures, fires , attempted shipwrecks, earthquakes, deaths and births, among others.

In 2004, the Circo Atayde Hermanos was distinguished with the Pista de Oro award, the most important recognition worldwide, granted by the Monte Carlo International Circus Festival. Likewise, their productions have been nominated for the National Auditorium Moons, in the category of Best Family Show on four consecutive occasions (2004, 2005, 2006 and 2007), gaining said recognition in 2010.

At present, the company is considered one of the most recognized national references in the world in circus matters, since it has an identity, roots and history that require continuity to preserve the traditions of the circus in Mexico.