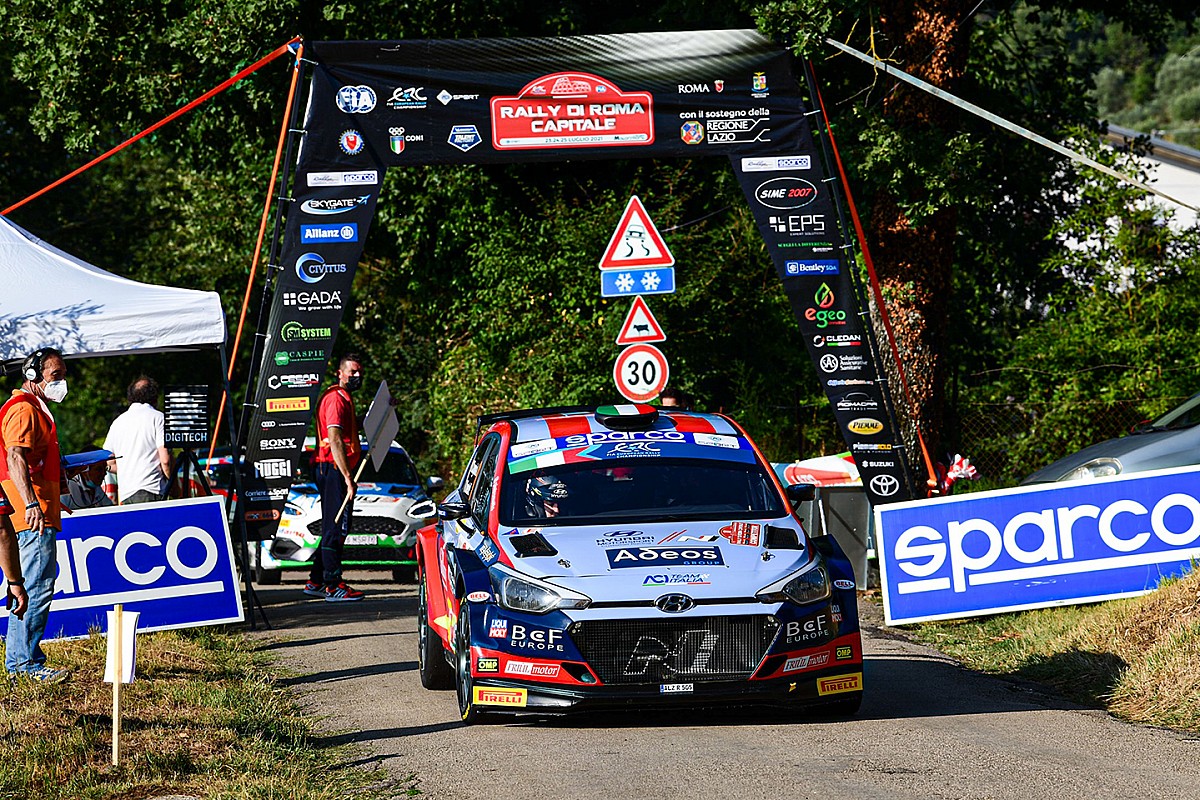 The Rally Roma Capitale 2021, a valid appointment for the Italian Rally Championship, started again this morning with the first round of special stages that saw the fight for the first class position between Andrea Crugnola and Giandomenico Basso ignite.

The Lombard and the Venetian gave birth to an exchange of positions between the PS1 and the PS2, with Basso leading the race after the PS1 Rocca di Cave, while Crugnola regained his position in the next test, the long Rocca di Santo Stefano 1 Sky Gate.

Basso responded in the PS3, beating Crugnola by just 8 tenths, but it was not enough to overcome him in the general classification. The Hyundai Italia team from Varese is first with 2 “5 over the driver from Vicenza, at the wheel of a Skoda Fabia R5 Evo and sailed by the usual Lorenzo Granai.

Behind them, the void. Damiano De Tommaso very well, who managed to move up one position and enter the podium area. Now the driver behind the wheel of a Citroen C3 R5 is third, but with a delay of 19 “9 from Crugnola. The fight, therefore, is limited to the lowest step of the podium, with Fabio Andolfi fourth at 6” 1 from De Tommaso .

Tommaso Ciuffi resists well in fifth position, also author of a prestigious overtaking in the general against Craig Breen. The Hyundai Motorsport driver was held back by the stones that entered the road due to the passage of the cars that preceded him in testing, but in general the Northern Irishman seems to have little grip with the MRF.

Giacomo Scattolon, now seventh, could take advantage of it in the afternoon. His Volkswagen Polo GTI R5 is located just 1 “9 from Breen and given the difficulties of the latter, the sixth position – as well as the Top 5 – is by no means an unattainable goal.

Obama birthday: at the party of the 60 many stars but no collaborators