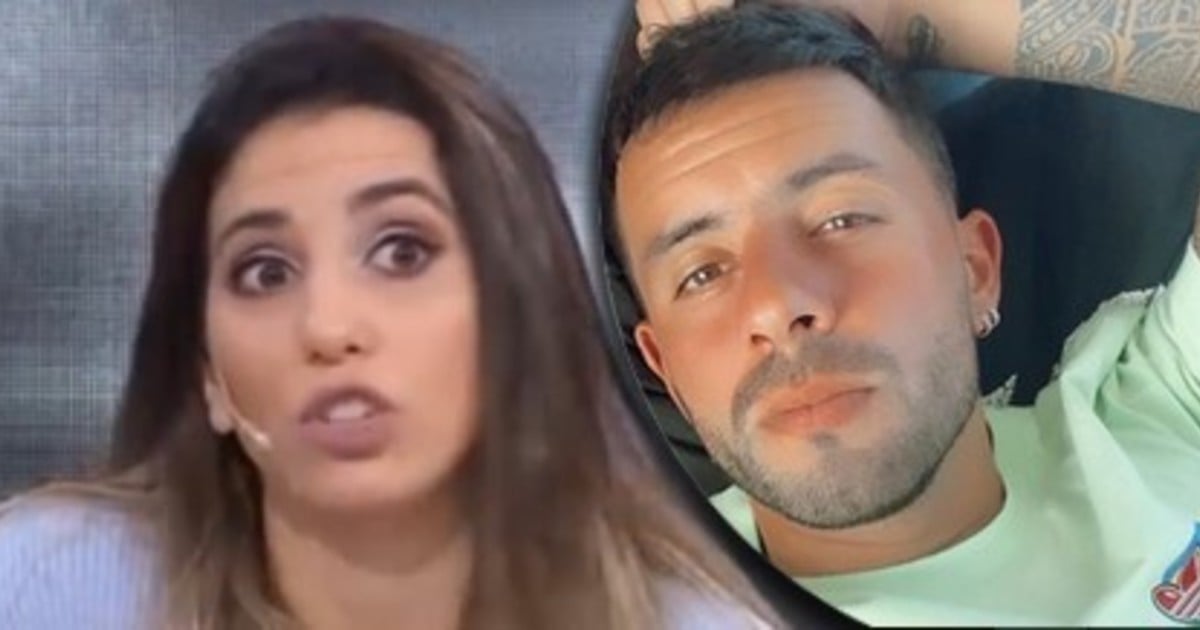 Hours after the harsh sanction against Matías Defederico (31) for driving while using his cell phone and one of his daughters was without a belt in the passenger seat, Cinthia Fernandez (32) spoke of the severe judicial setback for her ex-husband.

In detail, the panellist referred to the suspension for 180 days to drive any type of vehicle received by his ex after disapproving of the psychophysical re-evaluation of fitness to drive carried out by the General Directorate for Driver Qualification of the City of Buenos Aires.

Is that, for those who do not remember, last April, the former striker uploaded to his Instagram stories several videos of his youngest daughter singing and dancing in the passenger seat of his car while he was driving and recording it with his cell phone. .

Video capture that shows the contravention of Matías Defederico and implicates one of his daughters.

That irresponsible attitude, Which is even more serious if one takes into account that the girl was not even wearing a seat belt, surprised many followers of Defederico and Fernández herself, who incidentally maintains a terrible relationship with her ex.

“There is a WhatsApp in which if you see an irregular situation you can report it“, he commented this Friday on the air of The angels of the morning (El Trece, Monday to Friday at 9.30 a.m.) Maite Penonori (29).

“When the Road Safety video comes out, he denounces it and quotes it. My followers sent it to me instantly because I have Matías blocked and I don’t have another Instagram account … surely it must have been someone who sent him, “Cinthia clarified about the complaint that fell on the father of his daughters for committing different serious traffic offenses.

And he continued: “Regardless of that, two days later I myself went to the neighborhood police station and filed the complaint … he had reported me for a nonsense so I said ‘ah well, okay, are you alive?’

“Then I don’t know what happened, they didn’t summon me, I I just settled down because I don’t have a good relationship and I can’t talk. This I had already told him a lot of times and since he could not control it … “, she continued saying, visibly angry-

Then, the panelist recalled that it was difficult for her to take the complaint, although she finally succeeded, and revealed Defederico’s reaction when she asked him for an explanation about it.

Matías Defederico with his daughters.

“Yes, I did speak it but it’s like talking to a wall … The only thing I can do when my daughters leave my house is to check and put the belt on them, then I don’t know … the answer is always a bitch from one side or the other or he doesn’t answer me, “she admitted sadly.

“May I know if for this reason he has not seen your daughters for 15 days?“asked Pía Shaw (42).”The truth is that I do not know the reason, they put a ‘daddy’ per message but the girls do not have a cell phone. I check them every so often because the girls still can’t read, “replied the little angel.

And he concluded, spicy: “The last time they saw him was Father’s Day. I do not prohibit the relationship but when these things happen (due to the alleged parties that the former player attends in the middle of the pandemic) I tell him ‘you are not going to see them for 15 days …’. Y they ask more about Martín (Baclini, her ex-boyfriend) than about the father“.