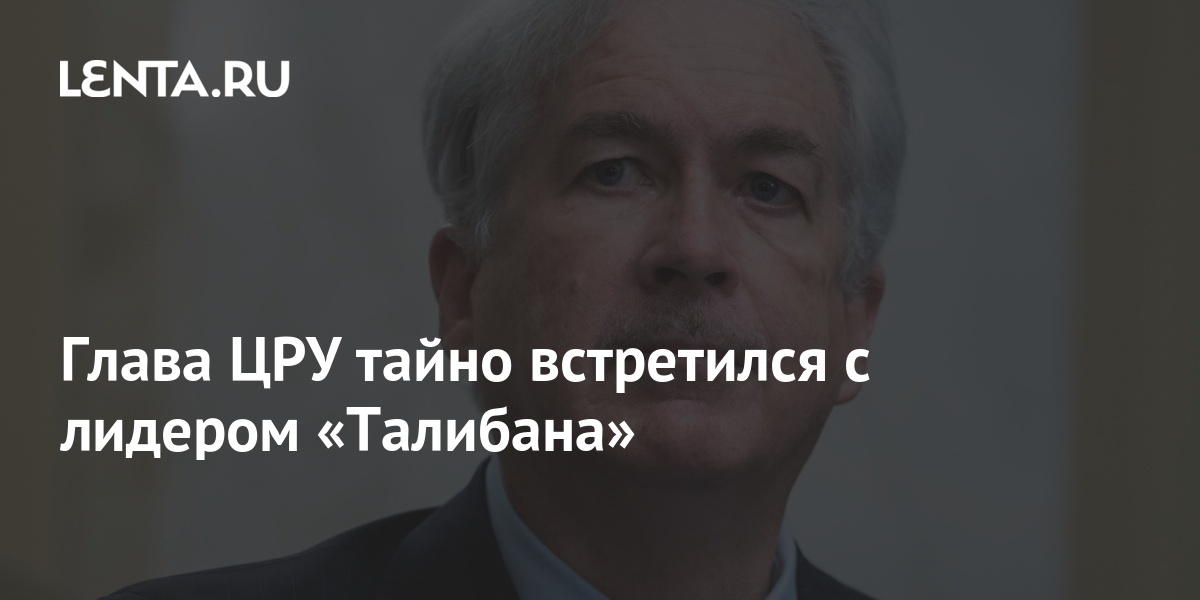 CIA Director William Burns held a secret meeting with one of the leaders and head of the political office of the radical Taliban (prohibited in Russia) Abdul Ghani Baradar. About this on Tuesday, August 24, informs The Washington Post citing US officials.

According to the newspaper, the meeting took place on Monday, August 23, in Kabul and became the first talks held at such a high level between representatives of the United States and the Taliban after the militants seized power in Afghanistan. The CIA declined to comment on the meeting, however, most likely, the parties discussed issues related to the approaching deadline for the Americans to evacuate their military and allies from among Afghan citizens – August 31.

As noted by The Washington Post, the very fact of negotiations between the head of the CIA and Baradar looks rather ironic, since the employees of this particular American agency took part in the operation to capture the militant in 2010.

The United States must complete the evacuation of all of its citizens in Afghanistan by August 31. At the same time, American President Joe Biden announced that he was discussing the issue of extending the evacuation time for the American military and Afghan citizens who collaborated with the United States from the Kabul airport. In turn, representatives of the Taliban said that the United States did not apply for an extension of the term, and threatened Washington with a military response in the event of an untimely withdrawal of troops.

Baradar is the leader and warlord of the Taliban. He was deputy and close friend of Mullah Mohammed Omar and the head of the council, Quetta Shura. In the late 1990s, Baradar ruled several provinces in Afghanistan as a Taliban representative. In 2002, after the US invasion of Afghanistan and the overthrow of the Taliban regime, he fled from his native province of Urzugan to Pakistani Karachi. In 2010, as a result of a joint operation of Pakistani intelligence and the CIA, Baradar was captured. In 2018, after several years in prison, he was released.

Restrictions Police monitored the opening screen of the National Opera on Friday, the audience was split into toilet groups