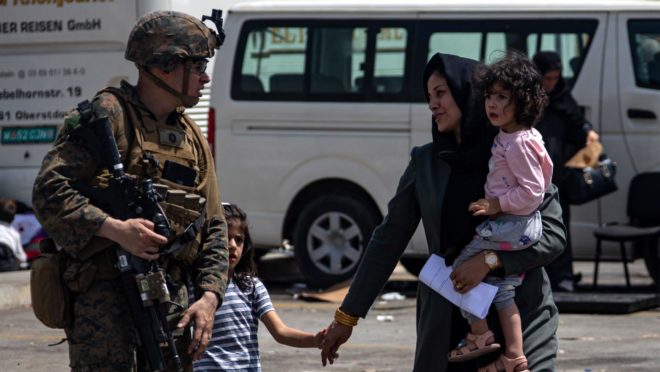 After the fall of Afghanistan into the hands of the Taliban, many wondered what would happen to the minority groups in the country, which should return to assume sharia, Islamic law, in a very strict way.

Christians are one of the smallest groups in the country. It is unclear how many Christians there are, but estimates appoint between 3,000 and 12,000 believers, a total of approximately 38 million people.

Even before the Taliban took over Afghanistan, life for Christians was not easy. Within the country’s legal system, apostasy (ie, exchanging Islam for another religion) was already punishable by the death penalty, according to the report by ACN International, an NGO that describes the situation of religious freedom in the world.

“Christianity is seen as a Western religion and foreign to Afghanistan. Public opinion regarding proselytizing Christians to Muslims is openly hostile”, says the report produced by the NGO in 2021.

The text concludes that despite a constitutional clause guaranteeing religious tolerance, those who openly practice their Christian faith or convert from Islam to Christianity are at risk.

Although Taliban spokesman Zabihulla Mujahid said in his first appearance that he would grant a general amnesty to the country so that the transition of power could be carried out more smoothly, in practice reports of persecution of people who collaborated with the previous regime began to appear.

The BBC had access to a document from the Norwegian Center for Global Analysis RHIPTO, an organization that provides intelligence to the UN, stating that “there are a large number of individuals being targeted by the Taliban and the threat is clear”.

Christian Nellemann, who heads the group behind the report, said the text describes that “unless they turn themselves in, the Taliban will arrest and prosecute, interrogate and punish family members on behalf of these individuals.”

At least one death was confirmed in these terms, when a relative of a journalist from the German news network Deutsche Welle was murdered by members of the Islamic extremist group that was looking for him house by house.

A Christian leader in Afghanistan, whose name has been withheld for his own safety, told the US NGO International Christian Concern (ICC) that Christians are being told to stay at home due to the risk of running into Taliban patrols.

“Some known Christians are already getting threatening phone calls,” the Christian leader told ICC: “In these calls, unknown people say, ‘We’re coming after you.’

Will Stark, ICC regional manager for South Asia, told the Washington Times that people who are not publicly known as Christians are being advised to change their address or stay in hiding for a while.

“Individuals with Bibles or Christian literature have been instructed to bury them, dispose of them and get rid of them. Because if you are found out with this, there is a concern that it could lead to death,” Stark added.

There are also fears that access to government documents by the Taliban could help in the persecution of minority groups.

Father Jerome Sequeira, 52, president of the Jesuit Refugee Service, sent a message to his colleagues saying that he was unable to gain access to the airport in Kabul, as Taliban militants were said to be controlling key positions in the vicinity and shooting into the air to scare away the people. You family members of the priest did not want to give much information to the Times of India about your situation or whereabouts.

The money was deposited in the account of Nazarene Fund, an NGO created by the presenter that aims, according to its own website, “to free the captives, slaves and rescue, rebuild and restore the lives of Christians and other persecuted religious and ethnic minorities where and when they are in need”.

While no Taliban killings of Christians have been reported so far, the concern for their lives in Afghanistan is real.