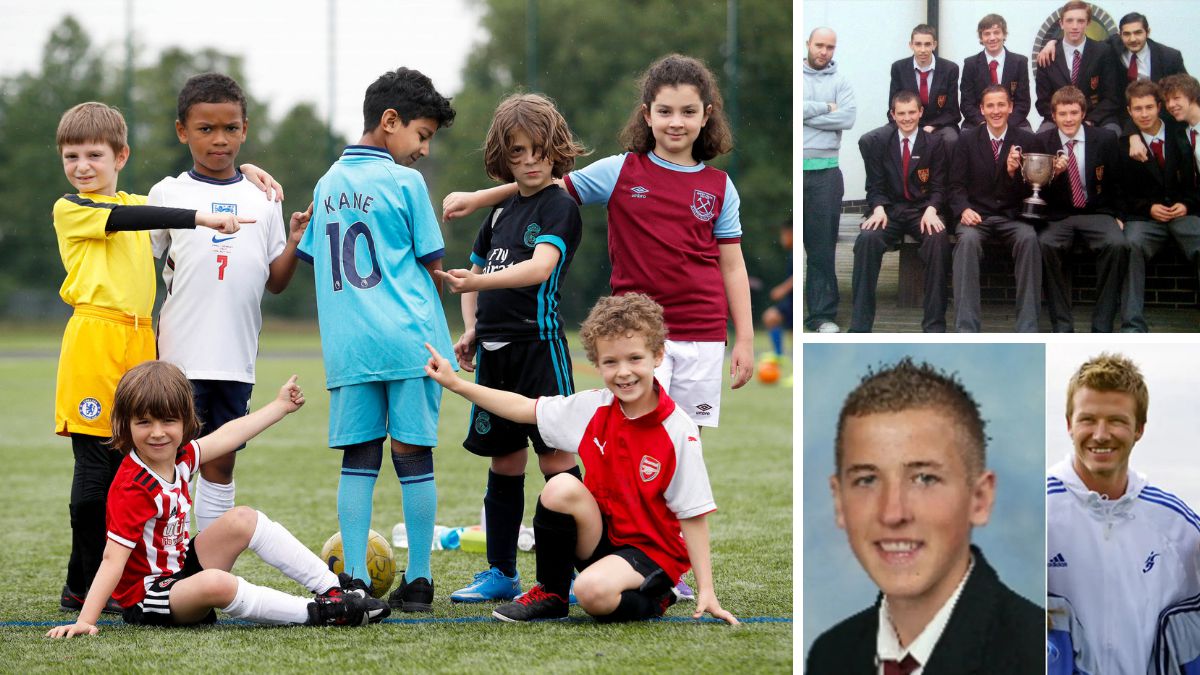 In northeast London is Chingford, the neighborhood where Harry Kane was born and raised. It is an area of ​​the suburbs of the city, almost 20 miles away from the center. These days of the European Championship there is no talk of anything other than the English team and its center forward, the most illustrious neighbor they ever had.

His parents, Patrick and Kim, came to this neighborhood from Galway, Ireland. Like so many other Irishmen of the 80s and 90s, they settled in the city in search of opportunities and ended up having a family. From that bond Harry was born and also his brother Charlie. They both went to the Chingford Foundation School.

On the walls of this school you can see an England shirt with the number 10 and Kane’s name on it. It is signed, of course, by the most outstanding student of the center, the one that teachers and former colleagues remember the most. Among the old photos you can see one of young Harry with the members of his class, all in uniform and perfectly presented.

Nearby, about 10 minutes away, is the Peter May Sports Complex. It is a Walthamstow complex with two synthetic grass pitches and a large natural grass meadow. It was there that Kane first donned football boots. He did it at the Ridgeway Rovers, a club in which David Beckham and other not-so-relevant names also started. but equally from the elite like Andros Townsend, Dwight Gayle or Charlie Daniels.

About 150 young people make up its academy, although these days there are tests and you can see around 300 throughout the morning divided into categories. “Every once in a while Kane comes to visit us and that’s a great inspiration for the kids,” says Ian Marshall, the club president. Kane’s great tournament has made him be interviewed by various media these days, an honor for a club like the Ridgeway Rovers.

Although Kane is the great star of Tottenham and is even considered one of their legends, many in North London remind him that he once passed through Arsenal, the staunch rival of Spurs. He was only 8 years old. He had been playing at Ridgeway for three, but made the leap to the Gunner squad academy and played a year there. The experience was not good at all. “They said he didn’t have a very athletic build.”remembers Marshall.

He returned to the Ridgeway Rovers and spent another two years playing for the neighborhood club. But such was his scoring ability that soon the important teams in the city came for him. First it was Watford, for a season; then, and forever, Tottenham, in which he climbed categories until he reached the Premier and the national team.

“Come on, England!” Shout the children from their first club posing for a photo and video that the school’s principal, Lee Miller, intends to send to the FA. The 5 and 6 year olds, the same ones that Kane had in his first stage there, recite the names of their idols and do not forget the one that will score the title goal for England: “Kane! Kane! Harry Kane! … “.