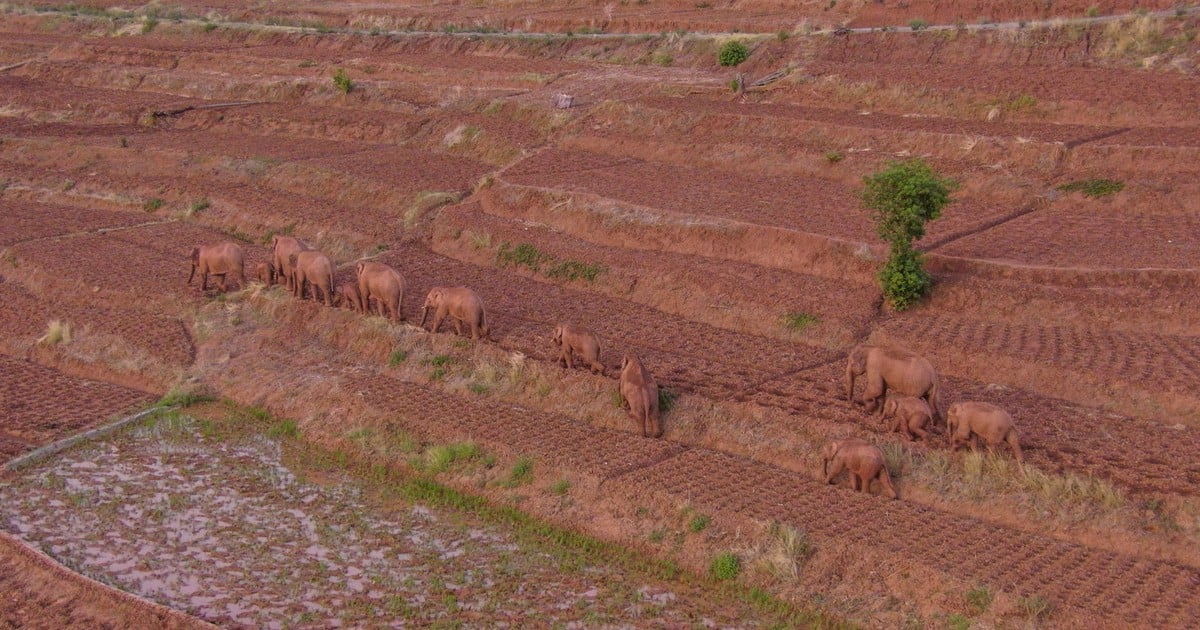 The herd of elephants wandering wild Asians that has attracted global attention has headed another 3.7 kilometers to the southwest, after taking a good rest on the outskirts of the south western Chinese city of Kunming.

The herd of 14 elephants He entered Shijie Village in Yuxi City at 11:15 PM on Tuesday (local time). They have been seen resting in Yuxi, until around 11 a.m. on Wednesday and then they resumed their march, according to the central office in charge of tracking the migration of elephants.

The elephants have been marching in an unknown direction for six months (Xinhua).

An adult male, who left the group four days ago, is now at 12 kilometers of the herd in a forest in Anning, a district-level city, under the jurisdiction of Kunming. All elephants are safe and sound.

Chinese television broadcasts live and The 24 hours of the day all his march, with hundreds of drones..

Authorities have dispatched emergency personnel, vehicles and drones to help evacuate local residents, while ensuring the safety of the elephants. On Wednesday they fed the animals 2.1 tons of food.

The incredible photo of the herd sleeping. They did it for 12 hours between Tuesday night and Wednesday morning (Xinhua).

The herd has already traveled a few 600 kilometers from its habitat in the autonomous prefecture of the Dai ethnic group of Xishuangbanna before arriving in Kunming, the provincial capital of Yunnan, last Wednesday night.

For more than a month, authorities have dispatched police officers to escort the animals, closing roads to ease their passage and using food to divert their path and prevent them from entering densely populated areas.

On Wednesday the authorities fed the animals 2.1 tons of food (Xinhua).

Asian elephants are under state protection from level A in China and are mainly found in Yunnan. Thanks to improved protection, the population of this species in the province has increased to around 300 individuals, up from 193 in the 1980s.