Chinese scientists have created a fabric cooling in the heat 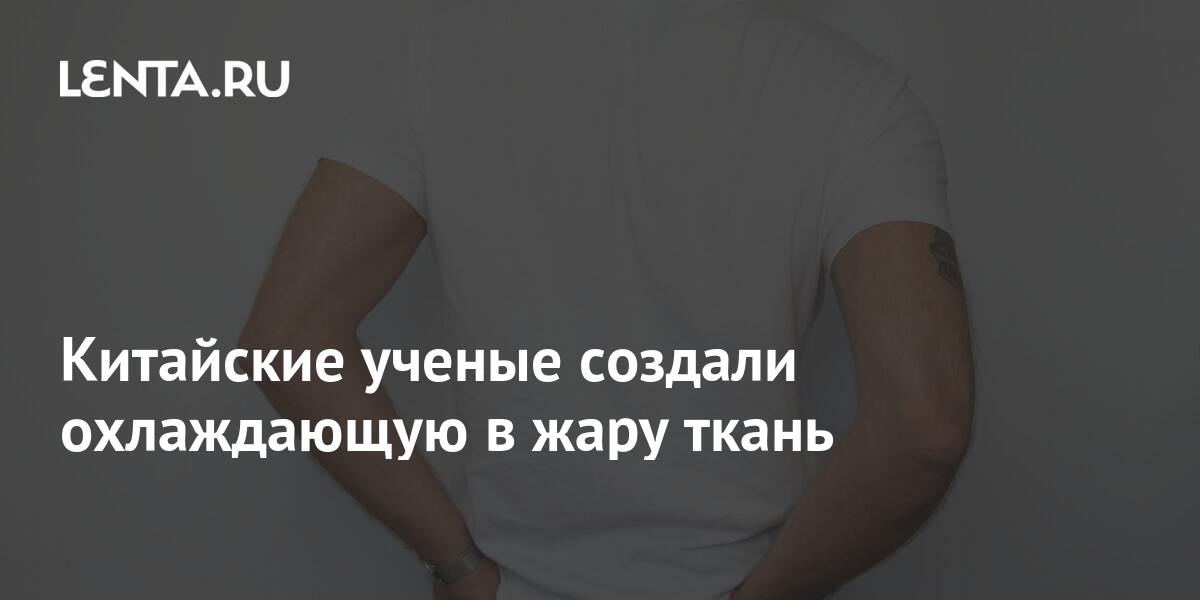 Experts from Huazhong University of Science and Technology have developed a fabric that can cool the body. Reported by NewScientist.

As the scientists explained, the “metatissue” contains microscopic fibers of titanium oxide, teflon and polylactic acid. With their help, the fabric can reflect ultraviolet and infrared radiation. In this case, the body is cooled due to heat dissipation.

The first tests showed that smart tissue is capable of lowering body temperature by several degrees. So, one of the volunteers sat for an hour in the sun in a vest, one half of which is made of meta fabric, and the other half is made of cotton. When scientists measured the temperature of the skin, it turned out that under a smart material it was 31-32 degrees Celsius, while under a normal cloth it reached 37 degrees. Scientists have also conducted an experiment with machines. The interior of the car, covered with a metafillet cover, is the least hot.

Despite the fact that the cooling effect is especially noticeable when people and objects are in direct sunlight, it will also be observed in the shade, the developers note. According to them, such clothes can be produced in different colors, but white is the most effective for reflecting light.

According to one of the researchers, Tao Guangming, the team intends to start mass production of meta fabric. He hopes that products made from it will be available within a year.

Previously, schoolgirls from Primorye developed virus-destroying tissue. It took six months to develop the AXIOM AntiVIRAL Products project, now the product is receiving a patent. Ligand molecules are attached to the tissue – a substance that traps viruses and bacteria and neutralizes them. To remove germs from a fabric, simply wash it.