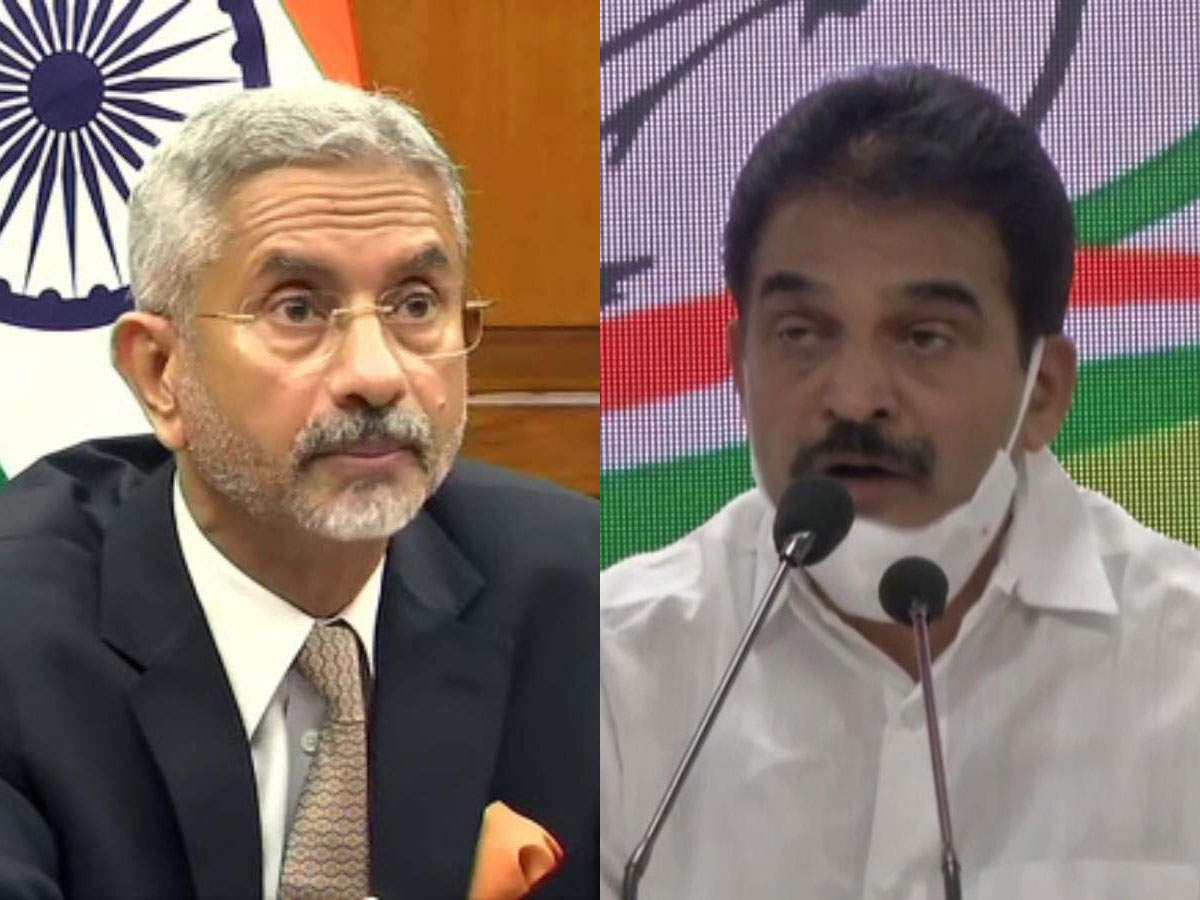 new Delhi
The government has set up an expert committee under the National Cyber ​​Security Co-ordination to investigate allegations of stealing data from India’s leading figures on Chinese company Shenzen Zhenhua. This expert group will assess the effects of these espionage news and will also find out if there has been any violation of law in the process. Expert group will have to submit their study report within 30 days.

Foreign minister wrote information
Foreign Minister S. Jaishankar wrote a letter to Congress Rajya Sabha member KC Venugopal raising the issue of espionage on behalf of the Chinese company. He wrote in the letter, “The government has taken this news very seriously, stating that personal data of Indian citizens from foreign sources is being obtained without their permission.”

India asked for clarification from Chinese Ambassador
The letter states that the matter has also been taken up with the Foreign Ministry of China. The minister told Venugopal, ‘The Ministry of External Affairs took up the matter with the Chinese Ambassador today. Our Embassy in Beijing also raised it before the Foreign Ministry of China. The Chinese side said that Shenzhen Genhua is a private company. He said, “China’s foreign ministry has said that there is no relationship between the company concerned and the government of China.”

Jaishankar’s statement came after Venugopal took up the matter in Rajya Sabha during the Zero Hour. Jaishankar said in the letter that a representative of Shenzhen Genhua said that the data were drawn from open sources. The minister said that the company denied that private information was obtained from confidential sources.

This is very shocking … The President of India is also under surveillance, you are the Vice President of India, the opposition leaders including the Prime Minister and the Congress President, the Chief Minister, the MP, the army chief and the industrialist.

Issues raised in both houses of parliament
In fact, members of the Congress on Wednesday expressed concern over the media report in both the houses of Parliament stating that a Chinese technology company has been asked to monitor more than 10,000 prominent Indian people and organizations. He also said that the government should put in place a strong system to deal with China’s digital aggression. Two Congress members KC Venugopal and Rajiv Satava raised the issue in the Rajya Sabha during the Zero Hour. On this, Rajya Sabha Chairman M Venkaiah Naidu asked the Minister of Parliamentary Affairs to pay attention to it and inform the Minister concerned.

Meanwhile, Congress leader Adhir Ranjan Chaudhary during the Zero Hour in the Lok Sabha said that China first showed aggression with the corona virus, then aggression on the border and now it is showing digital aggression. He said, ‘We are caught in the clutches of China. Is the government aware of this? ‘ Chaudhary asked Information Technology Minister Ravi Shankar Prasad to put in place a robust system to deal with China’s digital aggression. Kodikunil Suresh of Congress also raised this issue in the lower house.

Venugopal said- Very shocking news
Raising the issue in the Rajya Sabha, Congress General Secretary Venugopal said he wanted to draw attention to a shocking news that pertained to national security and privacy of Indian citizens. He said a news report from an English newspaper stated that the Chinese government and the Chinese Communist Party-linked tech company are keeping an eye on more than 10,000 Indian people and organizations in the global data base of their foreign targets. Venugopal said, “This is very shocking … The President of India, AAP Vice President of India, the opposition leaders including the Prime Minister and Congress President, Chief Minister, MP, Army Chief and Industrialist are also under surveillance.”

The Ministry of External Affairs took up the matter with the Chinese Ambassador today. Our Embassy in Beijing also raised it before the Foreign Ministry of China. The Chinese side said that Shenzhen Shenhua is a private company.

He said that the Chinese company has also collected figures of bureaucrats, judges, scientists, academics, journalists, actors, sportspersons, religious figures and activists in key positions. Venugopal said that this is an area of ​​grave concern. He questioned that the government has taken note of it and what action has been taken?

The Charite clinic returned a million rubles to “Putin’s chef”: what is the reason PM Speech in UNGA: Modi said – today the world is a better place because of United Nations

The Charite clinic returned a million rubles to "Putin's chef": what is the reason