Check out the main news of the week, in photos. 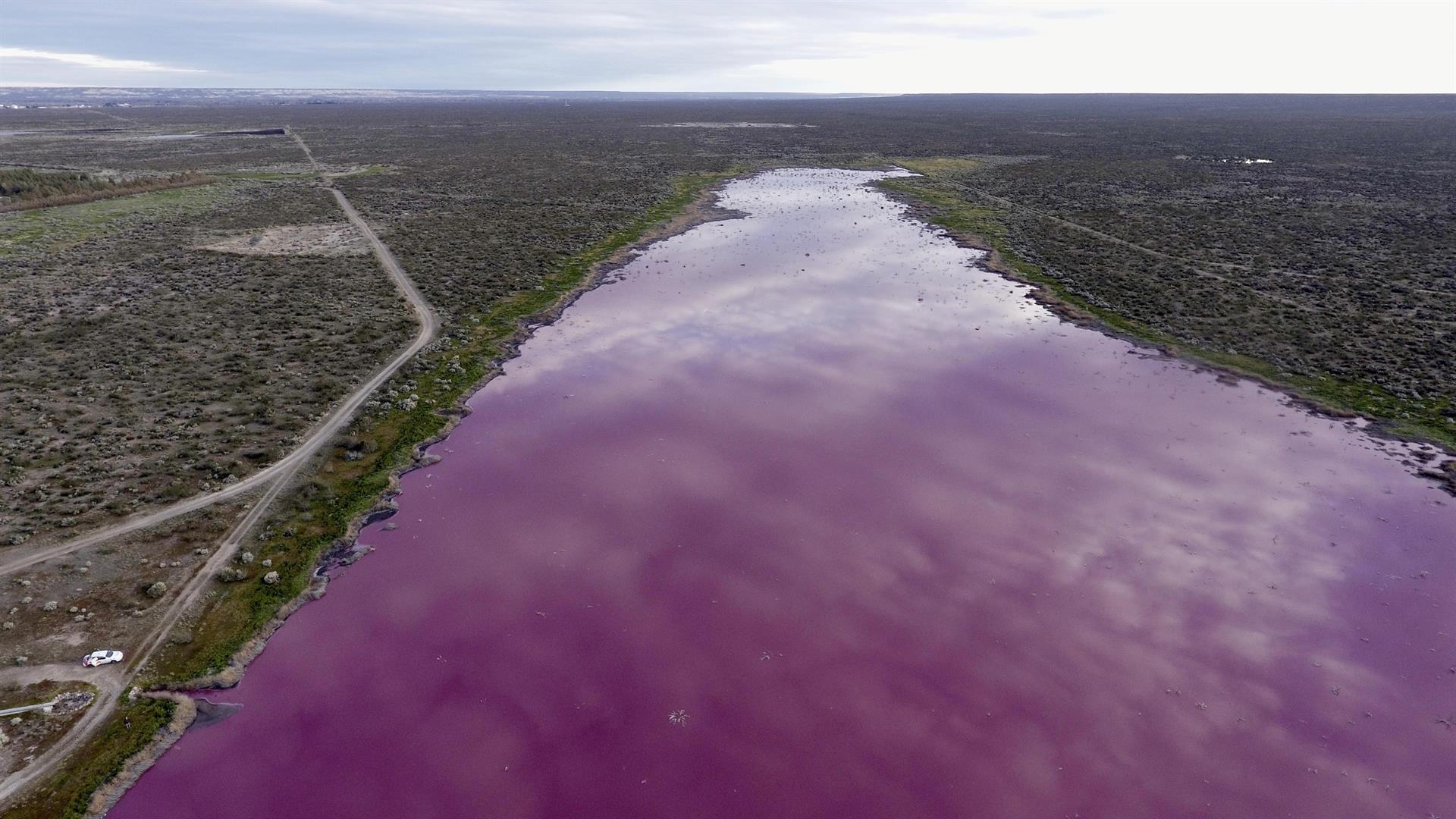 A dumping of toxic products colored the Corfo lagoon system pink in the province of Chubut, southern Argentina. The color is caused by sodium sulphite, an antibacterial product used in fish industries that should be treated before being discarded. 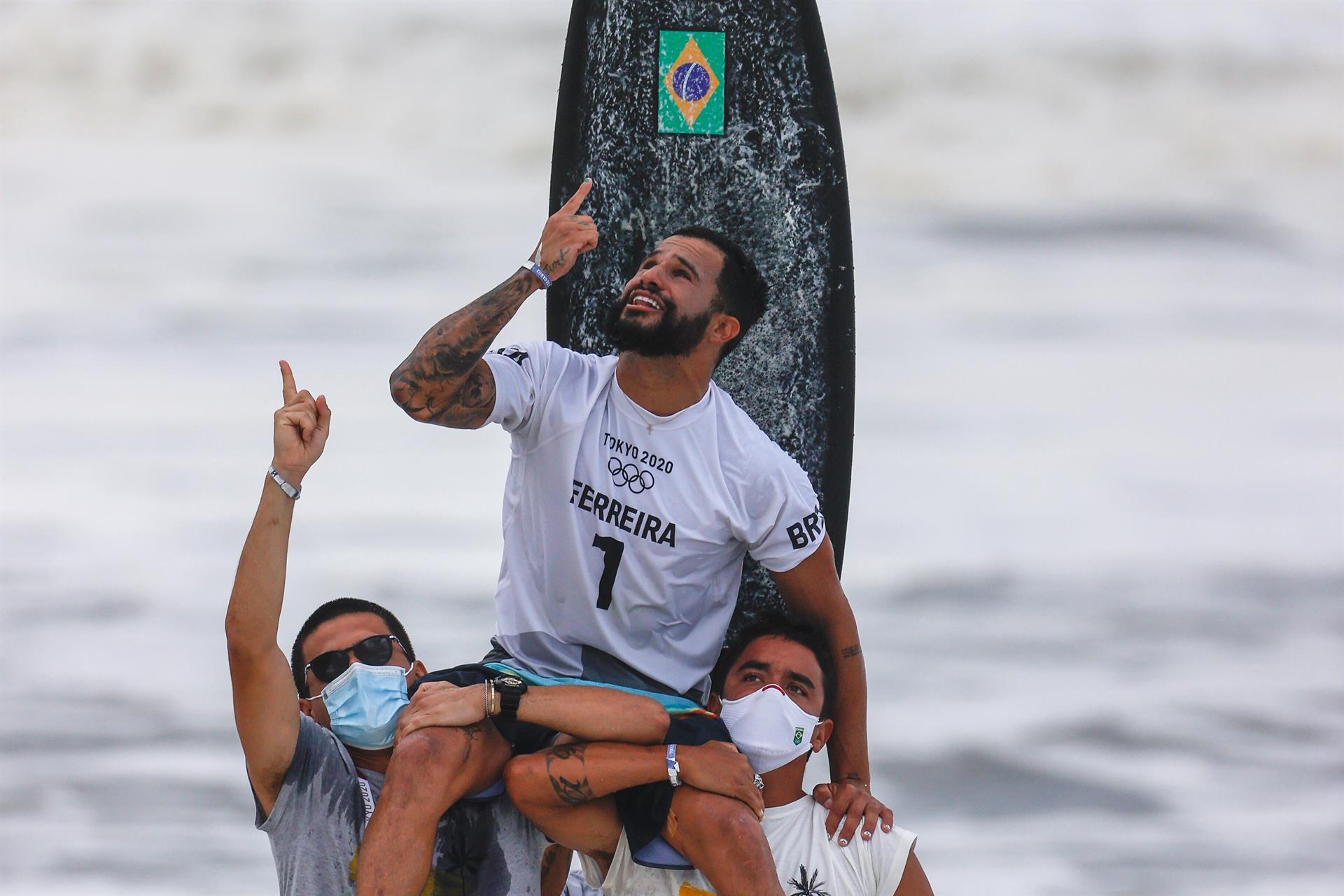 Brazilian Italo Ferreira celebrates winning the gold medal in men’s surfing at the Olympic Games in Tokyo 2020, this Tuesday, on the beach in Tsurigasaki (Japan) | Photo: Miguel Gutiérrez/Agência EFE/Gazeta do Povo

Italo Ferreira, from the state of Rio Grande do Norte, became the first Olympic surfing champion. The Tokyo Olympic Games marked the debut of surfing and skateboarding, in both Brazilians they were medalists. Ferreira brought the gold to Brazil. Read the review of UmDois Sports. 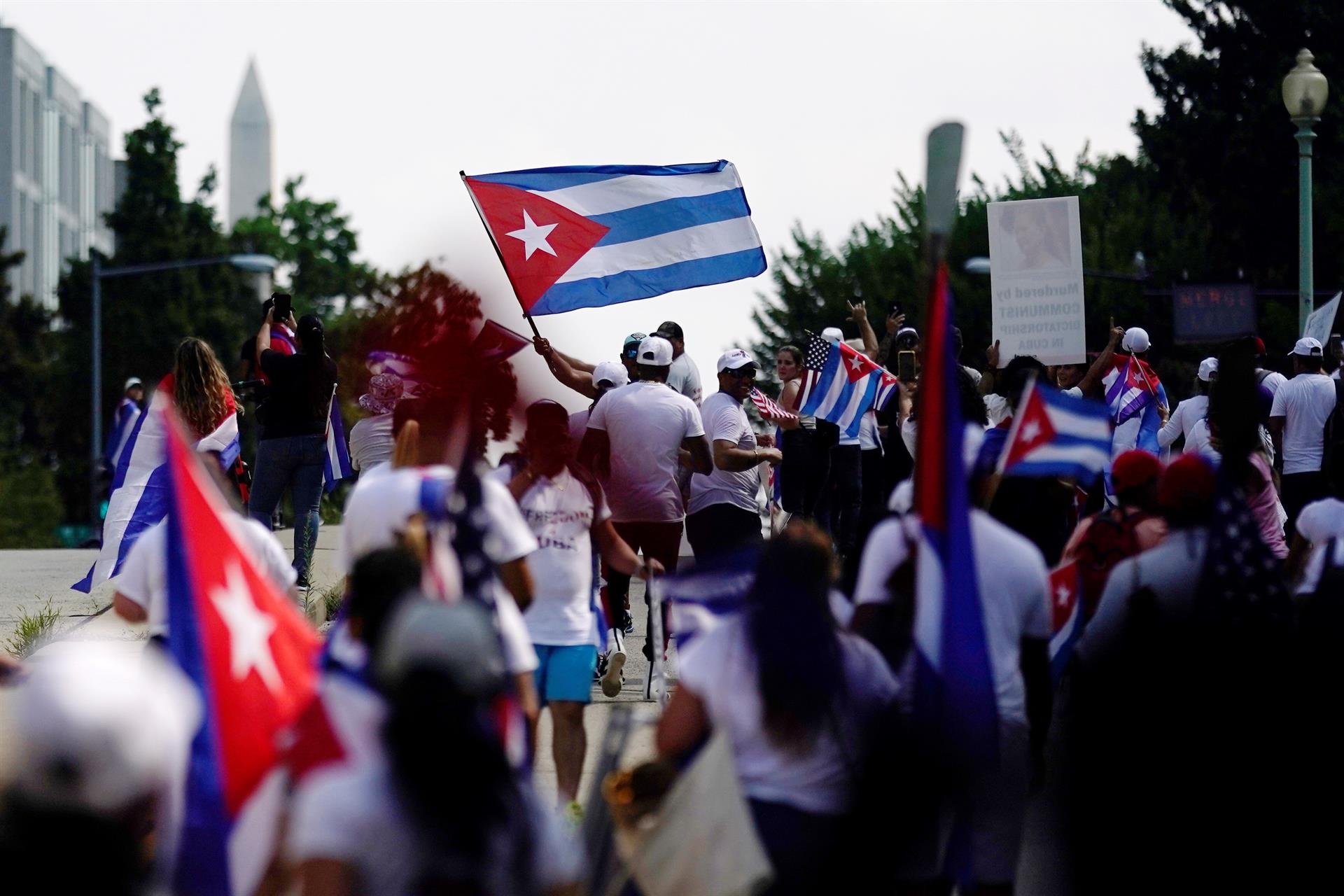 Cuban Americans participate in demonstration of support for demonstrators in Cuba. Meetings like this have taken place in several days since thousands of Cubans took to the streets of Cuba on July 11th. Cubans protested the lack of freedom and human rights, the economic crisis and the shortage of commodities on the island 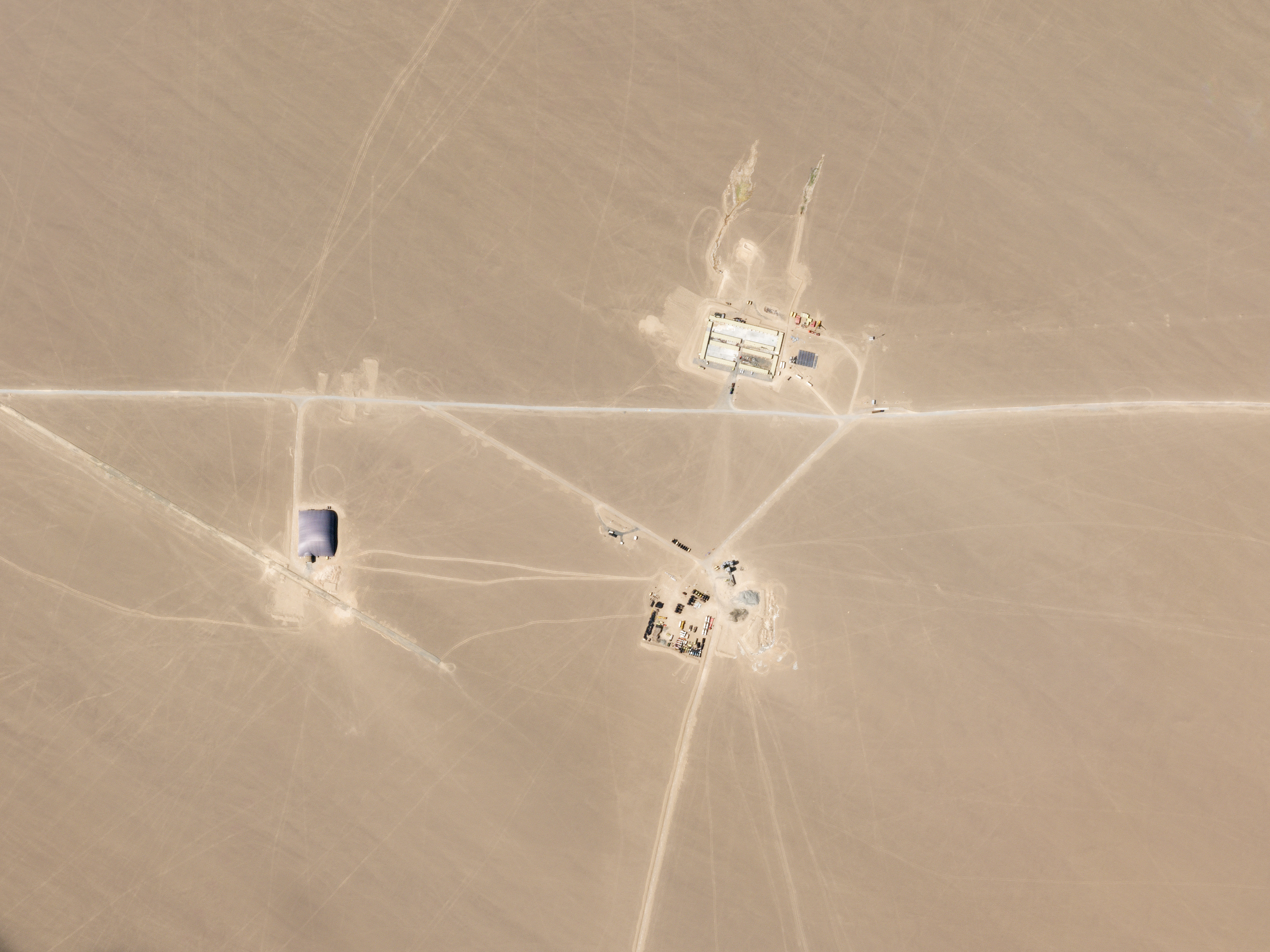 Protests against “Covid passport” in Europe 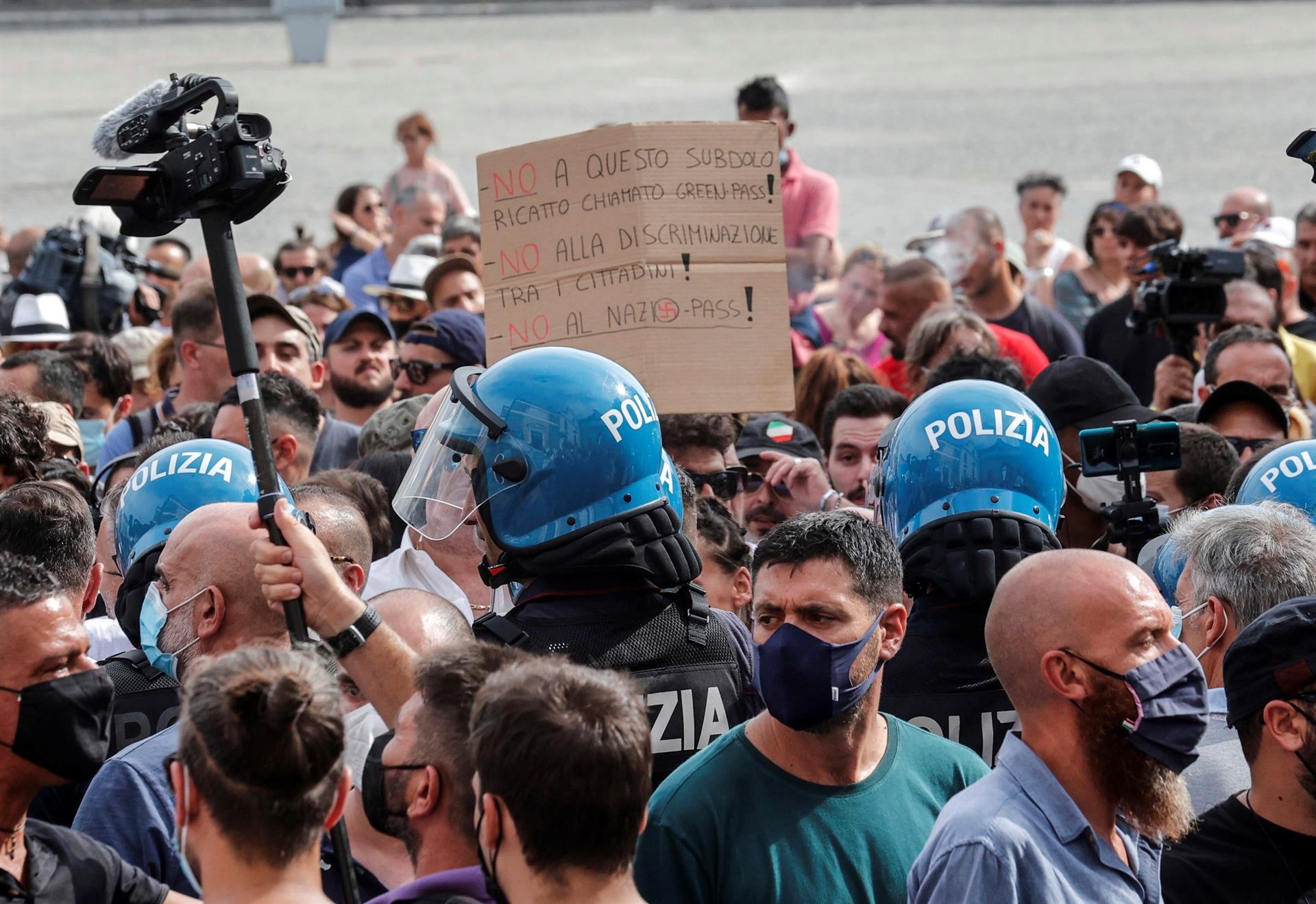 After the French protested against the implementation of the “covid passport”, it was the Italians’ turn to take to the streets. Europeans are beginning to reject the compulsory use of digital proofs that they are not with Covid or that they are already vaccinated within their countries. Learn more here.

Pedro Castillo took office this Wednesday (28) as president of Peru for the period 2021-2026. The left takes over the government of the Andean country and promises a new constitution. See a brief analysis of the Peruvian political situation after the inauguration of its new president. 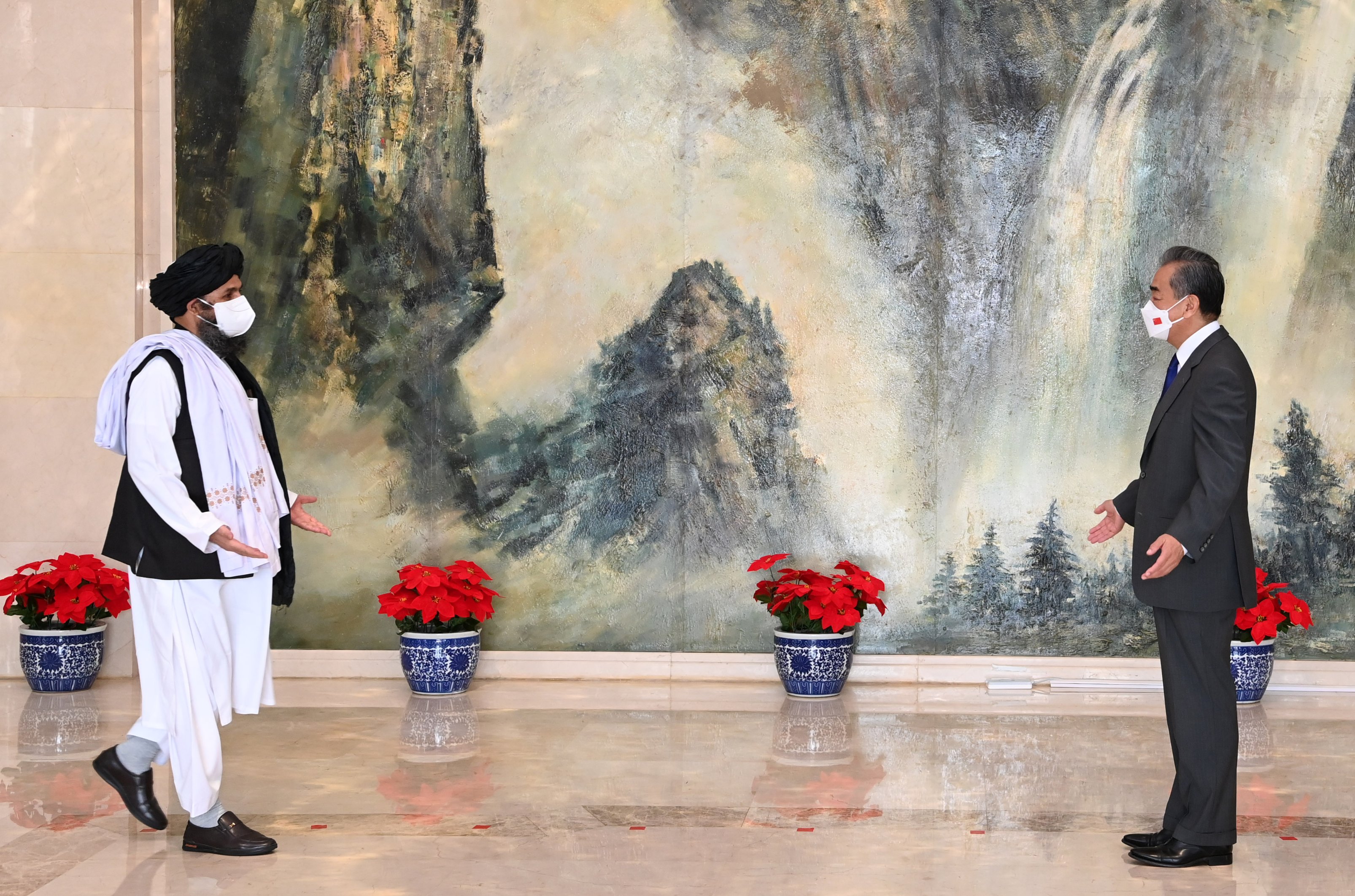 Chinese Foreign Minister Wang Yi received a delegation of nine Taliban representatives this Wednesday (28), in the city of Tianjin. China must include Afghanistan in its “Belt and Road Initiative” strategy. Read here the repercussions of this visit. 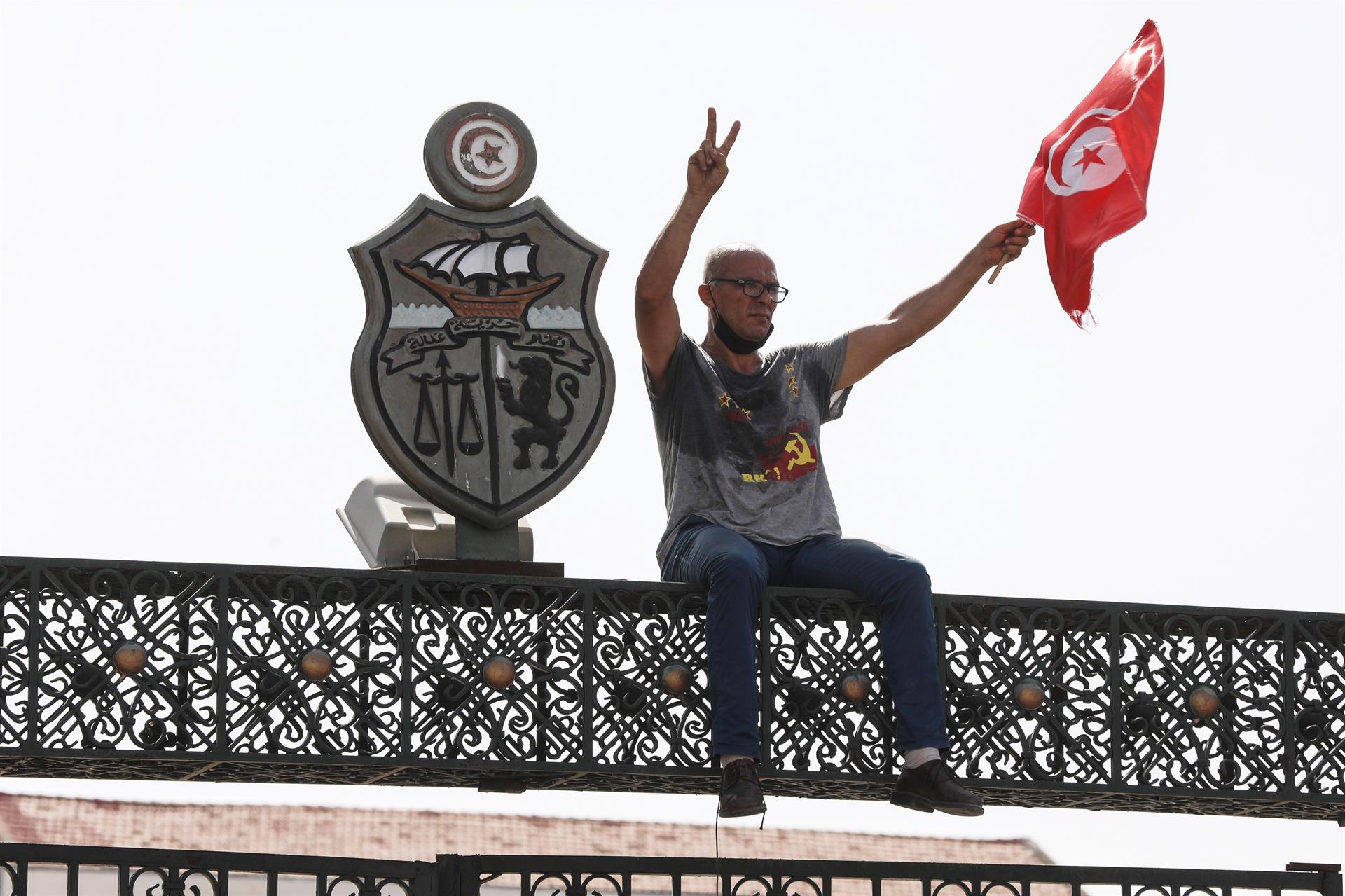 Tunisian protester sits on top of a gate outside the parliament building in the capital Tunis, Tunisia on July 26, 2021 | Photo: EFE Agency/Gazeta do Povo

Tunisia has been involved in protests since the beginning of the year. And on the 25th of July, the president of Tunisia, Kais Saied, took over the government of the country, concentrating all the executive and legislative power in his figure. Read the analysis of the country’s situation by our columnist Filipe Figueiredo.

Boris Johnson fights with an umbrella

In closing, British Prime Minister Boris Johnson causes laughter as he struggles to open an umbrella alongside Prince Charles.

Have a great weekend!