China’s billionaires forced to give up their own money 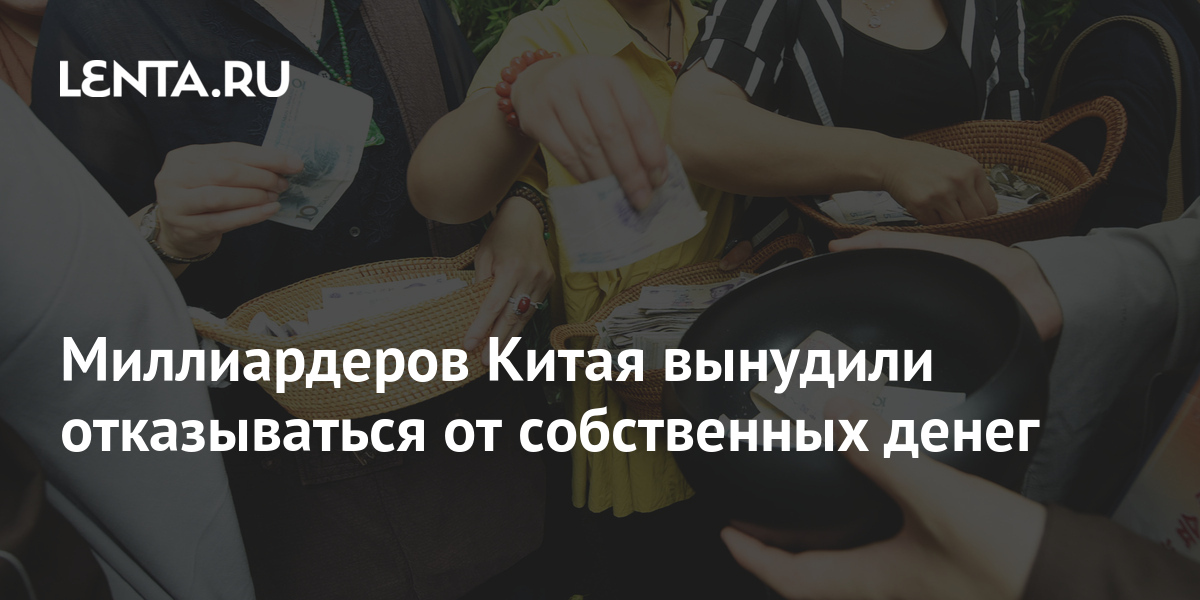 Chinese IT billionaires are spending more on charity. According to Bloomberg, due to the increased control of Beijing, they are forced to donate entire fortunes in company shares and give up part of their own funds.

For example, in July, Xiaomi co-founder and CEO Lei Jun donated $ 2.2 billion in smartphone maker shares to two charitable foundations, according to documents from the Hong Kong Stock Exchange. And a month earlier, Meituan food delivery service owner Wang Xing had to donate $ 2.3 billion in company securities to his own charitable foundation, following an investigation by the Chinese Antimonopoly Service, which saw a veiled criticism of the Chinese government in a classic poem posted on the billionaire’s social network.

Also in June, ByteDance founder Zhang Yiming donated $ 77 million of his fortune to an education fund in his hometown, and in April Tencent owner Pony Ma donated $ 7.7 billion of company money to address social issues and combat poverty in the countryside.

Charitable work of China’s richest people has been forced by the intensification of repressive measures against technology companies. It began in November, when billionaire Jack Ma’s financial company Ant Group was forced to abandon its IPO due to antitrust investigations.

In early July, Beijing announced that it would tighten control over financial companies and Internet platforms whose shares are traded on foreign exchanges – authorities are concerned about the security of data transmission to other countries. Experts believe that in this regard, many of China’s tech giants will abandon the previously attractive source of funding – placement on American stock exchanges. Recently, taxi aggregator Didi and job search app developer Boss Zhipin clashed with government investigations leading to the plunge in the stock.

Nine passengers injured with a knife on a Tokyo train