China: “Xi Jinping Thought” will be compulsory study in schools 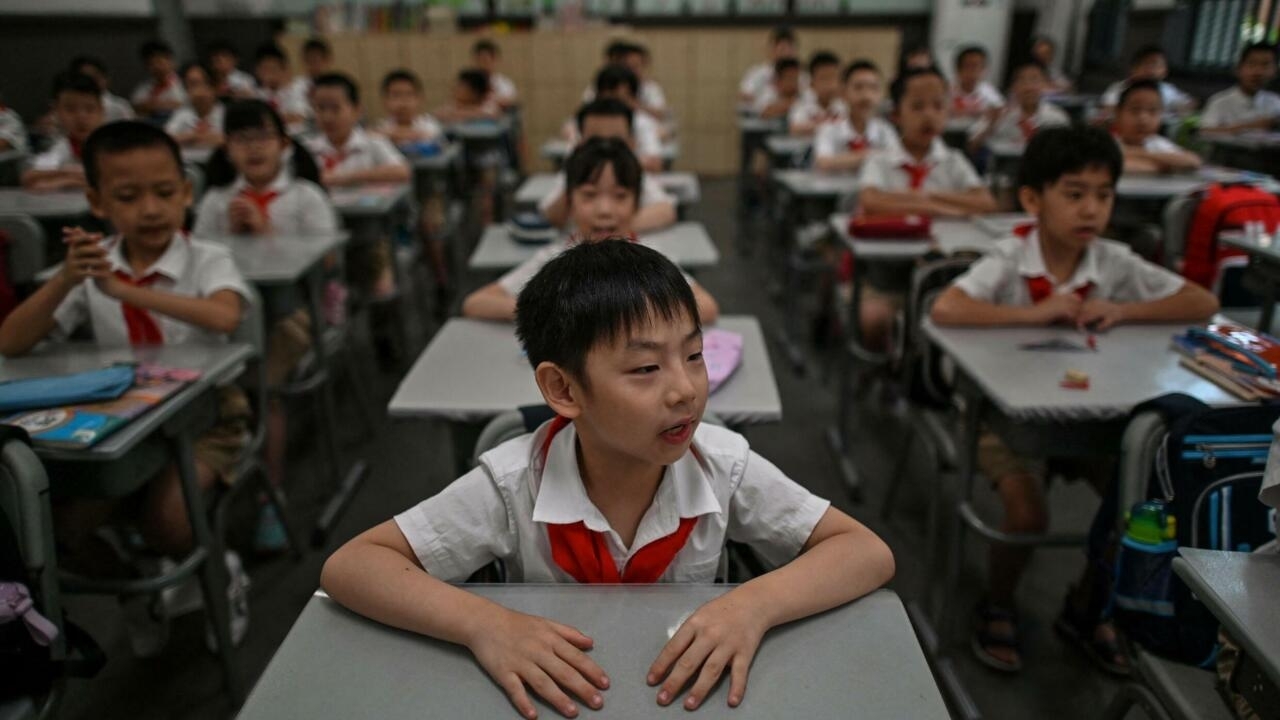 The “Thought of Xi Jinping” will be indispensable in the education of the Chinese. The Ministry of Education decreed that, from primary school, students must study the doctrine and politics of their president. A thought inscribed in the constitution since 2017, the first ideology to reach this rank since Mao Zedong.

China announced on Tuesday, August 24, that the ideology of Xi Jinping, the current president of the country and first secretary of the Chinese Communist Party (CCP), will be incorporated into the educational system.

The measure implies that Jinping’s “thought” will be compulsory for nearly 300 million students, from elementary school to high school, with the aim of training young people in “love of the country, the Communist Party of China and the to socialism, ”reports the state media Global Times.

From high school, “the focus will be on a combination of perceptual experience and study of knowledge, to help students form basic political opinions and judgments,” adds the medium. And in the last years of high school, emphasis will be on the theoretical thinking of Chinese doctrine.

This new guideline, according to the Ministry of Education, aims to “cultivate the successors of socialism” with “a strong moral, intellectual, physical and aesthetic foundation” in the sense of “forming their own political opinions and judgments.” The government added that “studying Xi Jinping’s thinking on socialism with Chinese characteristics for a new era is the most important task that both the CCP and the country have,” ending up by insisting on the “need” to “arm minds. of the students with this doctrine ”.

A thought against the ideologies of others

The new decree also prohibits foreign tutors from teaching Chinese children through digital platforms. In addition, the country had already announced this month that it had ended 286 agreements between national and foreign universities, including those in London and New York.

The use of foreign textbooks is now prohibited in primary and secondary schools, and it is even being discussed whether English proficiency is so necessary in the school system.

The “Thought of Xi Jinping”, at the same rank as Mao Zedong’s

In 2017, the Chinese Communist Party had already added the “Xi Jinping Thought” in the constitution, after it was presented to the 19th CCP congress, and endorsed unanimously. That symbolically elevated the president’s thinking to the rank of former Chinese communist leader Mao Zedong, the Chinese communist leader and founder of the current People’s Republic of China.

Since then, millions of CCP member officials have to read Xi’s speeches and study his political theory. According to national media, this act is supposed to be a “historical contribution” to the growth of the one party and a revaluation of Marxism in the contemporary Chinese context.

The last reform established in this perspective was that of the constitution in 2018 on the prolongation of the presidential term, which may be extended indefinitely if Xi Jinping continues to be elected. A reform that has not yet been approved by the 20th Congress of the CCP, which is scheduled to be held in October 2022.