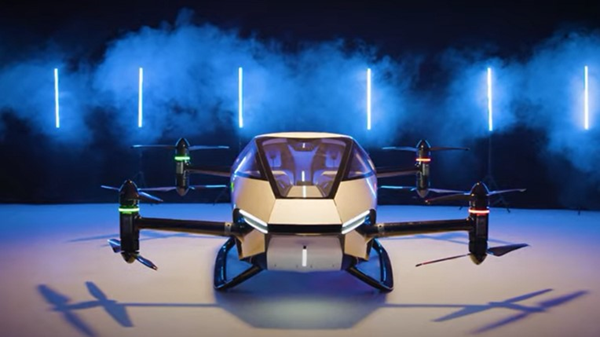 Chinese company XPeng Motors has released promotional videos showing its self-driving flying vehicle, which will compete in the world of civil air transport.

According to the available information, the promising X2 vehicle will be able to navigate and determine its destination without a pilot, relying on artificial intelligence systems and global positioning systems via satellite.

According to its developers, this vehicle can carry payloads weighing up to 560 kg, and fly on trips of up to 35 minutes, at a speed of 130 km / h, in addition to being equipped with special sensors and technologies that enable it to automatically avoid any obstacles it encounters while flying.

This vehicle is similar in terms of design to some flying taxi vehicles that have been revealed by some companies in recent years. ».

It is the second flying vehicle developed by XPeng Motors, having been preceded by the Voyager X1, which has flown more than 10,000 test flights to date.