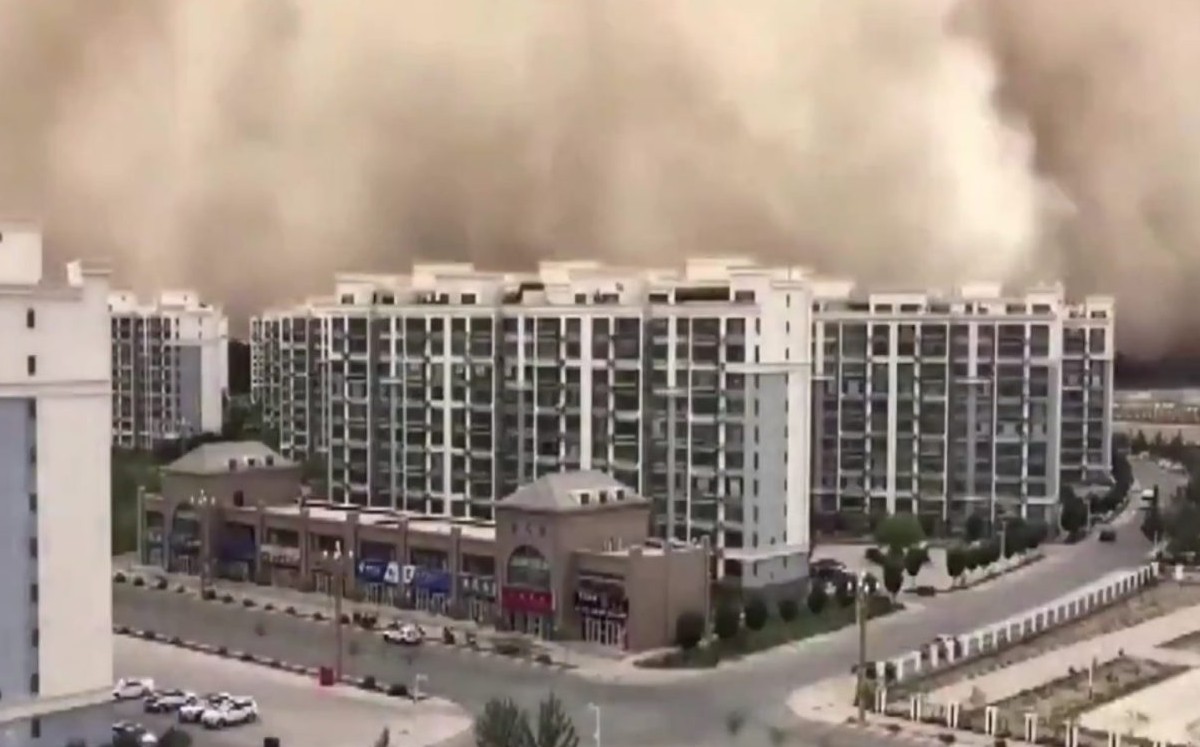 An impressive “wall” of sand 100 meters high devoured a city on the edge of the Gobi desert in the northwest of China, with images that seemed taken from a catastrophe movie film.

Dunhuang, a tourist spot with an interesting history as a post on the Silk Road, momentarily disappeared in a cloud of dust and sand in the wake of a storm on Sunday.

A resident surnamed Zhang told local Jimu News that the sandstorm arrived abruptly and crossed the city in five to six minutes.

“I couldn’t see the sun”, he said, adding that the city in Gansu province had not suffered such a severe sandstorm for several years.

“At first I was enveloped in the yellow dust of the storm, then it turned red and finally black “, continuous.

Dunhuang is home to several tourist attractions including the Mogao Caves, a collection of Buddhist temples decorated with wall paintings and full of sculptures, declared a World Heritage Site by UNESCO in 1987.

Sandstorms are common in the Gobi desert region in spring, but rarely occur in summer, according to state news agency China News Service.