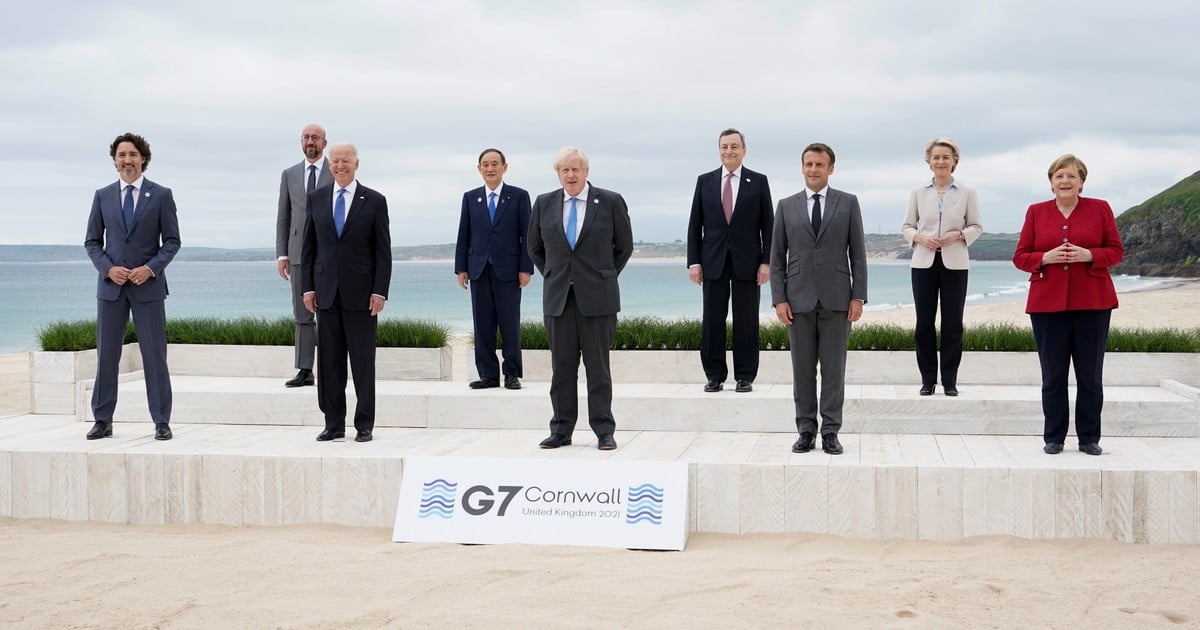 China attacked this Monday the final declaration of the G7 summit agreed in Carbis Bay (United Kingdom), which he described as “defamatory”, after the member countries asked Beijing to respect human rights, especially in Xinjiang province, and ensure a high level of autonomy in Hong Kong.

“The statement distorts the facts about Xinjiang, Hong Kong, Taiwan and others matters to deliberately defame China“a spokesman for the Chinese Embassy in the United Kingdom said in a statement.

“In addition, it interferes in the internal affairs of China, which violates the norms that govern international relations. We are very dissatisfied and strongly oppose it,” the note added.

US President Joe Biden went to the G7 with the aim of gathering support among his Western allies against China and Russia and lobbied for the group to take action against the Asian giant.

Thus, the group’s statement expressed its opposition to China’s “anti-competitive practices” and human rights violations in Xinjiang, and demanded that Beijing ensure a “high level of autonomy” for Hong Kong.

“China should not be defamed,” the Chinese spokesman said Monday, adding that the Asian country “will defend its national sovereignty and security and development interests.”

“The international community needs unity rather than cliques that sow divisions. China loves peace and advocates cooperation, but it also has its red lines,” he said.

Several Western powers, led by the United States, denounced the alleged abuses of the Chinese government against the Uighur minority and other ethnic groups residing in Xinjiang in May to the UN, increasing pressure against Beijing, which denies all accusations and qualifies them as a pretext to harm him.

China also charged those whom it accuses of wanting to “politicize” the origin of the pandemic. Photo: REUTER

These countries denounced the existence of serious abuses in the province – with minorities such as the Uyghur suffering mass arrests, torture and forced labor – and some governments, including the United States, they spoke of the existence of a “genocide”.

China denounces the “politicization” of the origins of the coronavirus

The Chinese legation in the UK also stated that “The origins of the pandemic should not be politicized”, in response to the group’s request to launch a complete and exhaustive investigation to find the origins of the coronavirus.

“Politicians in the United States and other countries ignore the facts and science. They openly question and deny the conclusions of the joint report by the World Health Organization (WHO) expert group and accuse China without foundation“, emphasizes the text.

“China hopes that these countries will cooperate to investigate the origins of the pandemic together with the WHO in a scientific, objective and fair manner,” the statement added.

At the end of May, China and the United States became involved again on account of the origin of COVID-19 after the intelligence services of Washington revived the theory that the pandemic started in a Wuhan laboratory.

Last Thursday, the European Union demanded “transparency” on this issue and joined the US demands against China to find out how and where the SARS-CoV-2 virus emerged.

For its part, China denied withholding data in March or hindered the work of scientists from the World Health Organization (WHO) who traveled in January and February to Wuhan, where the first global outbreak was detected.

Then, China assured that it provided “all available data” and advocated continuing to study the origin of the virus “in other parts of the world.”