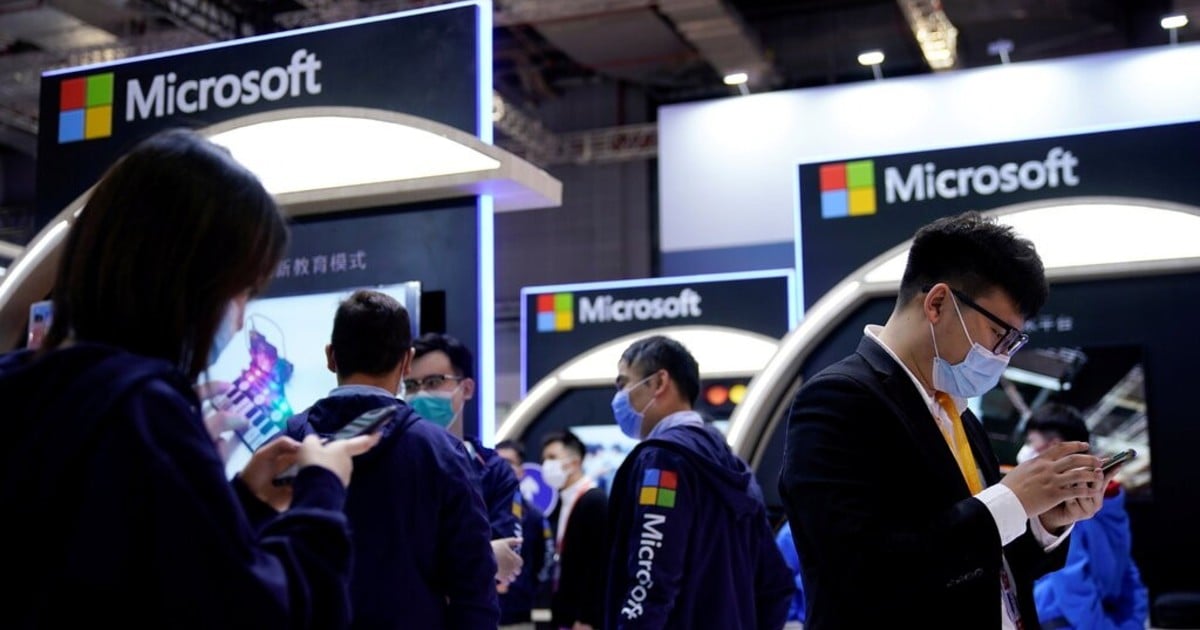 LinkedIn is the only large American social network that has been allowed to operate in China. To do this, the service for professionals, owned by Microsoft, censors the posts of its millions of Chinese users.

China’s Internet regulator reprimanded the executives of LinkedIn earlier this month for failing to monitor political content, according to three people briefed on the matter. Although it’s unclear what material has gotten the company into trouble, the regulator said it found objectionable posts circulating in the period around an annual meeting of China’s lawmakers, said these people, who requested anonymity because the matter is not. public.

Since coming to power, Xi Jinping, President of China, has launched a series of drastic measures against the Internet. Photo: Reuter

As punishment, these people said, authorities are requiring LinkedIn to conduct a self-assessment and provide a report to the China Cyberspace Administration, the country’s Internet regulator. The service was also forced to suspend new user registrations within China for 30 days, one of the people added, although that period of time could change depending on the judgment of the administration.

The CAC did not immediately respond to a fax request for comment.

LinkedIn’s presence in China has long sparked interest across Silicon Valley as a potential gateway to the country’s walled internet, which is home to the world’s largest group of web users. Punishment underlines the deep divisions between the United States and China about the operation of the Internet.

During years, the Chinese government has blocked major US services such as Facebook, Twitter and Google for their inability to control what is published in them. In Washington, critics say these barriers are symptomatic of China’s unwillingness to follow global norms that govern the internet and technology in general.

LinkedIn’s service in China, which has more than 50 million members, makes it vulnerable to tensions between the two powers. The run-in with the regulator came just weeks before the meeting scheduled for Thursday between Chinese and US officials in Alaska, the first face-to-face meeting of the Biden administration.

Competition for technology has been a key sticking point between the two countries. The Biden administration has said it will turn to its allies to help it pressure China about technology policies that it considers unfair. Chinese officials have pushed for new technology self-sufficiency plans, which involve developing their own versions of all kinds of products, from computer chips to airliners.

Concern in Washington has recently been heightened by a hack that Microsoft has tentatively linked to China, targeting companies and government agencies using the company’s email services.

On March 9, LinkedIn published a statement in which it said that it had “temporarily” suspended the registration of new userss in China.

“We are a global platform with an obligation to abide by the laws that apply to us, including adhering to Chinese government regulations for our localized version of LinkedIn in China,” the statement added.

Local Chinese companies regularly suffer similar reprimands, indicating how difficult it can be to navigate an internet market characterized by increasingly stringent expression controls. On the Chinese network, a censorship agreement does not guarantee smooth browsing for any company, whether foreign or local.

When he first announced that he would open a site in China almost seven years ago, LinkedIn piqued the curiosity of a perennially banned US Internet sector by the Great Firewall of the country, as the Chinese censorship system is nicknamed. To ensure its presence, LinkedIn sold a stake to well-connected Chinese venture capital partners and pledged to comply with local laws, including censorship guidelines.

The company has used a combination of software algorithms and human reviewers to flag posts that could offend Beijing. Users who violate the rules of speech have generally received emails informing them that their post cannot be seen by LinkedIn members in China.

His early efforts drew the ire of users whose content was blocked even if they had posted from outside the country. However, unlike its competitors, LinkedIn has remained in China and offered a tantalizing case study on market access.

That perseverance hasn’t always translated into success. LinkedIn has had a hard time competing with Wechat, the ubiquitous Chinese social media and chat service, and is still a relatively small player.

The environment has also become more difficult. Since taking the reins of the Communist Party at the end of 2012, Xi Jinping, the leader of China, has launched a series of drastic measures against the Internet. Xi Jinping’s policies have also advocated for greater economic self-reliance and avoiding Western culture, a blow to a service whose appeal has been to connect Chinese professionals with the world.

Xi Jinping has presided over the rise in power of the CAC, the regulator that punished LinkedIn. It has evolved into a de facto censorship ministry, scrutinizing memes and complaints across the nation’s internet, and calling for content to be removed when company censors miss something.

United States Biden’s younger dog, who had returned to the White House, looked up again