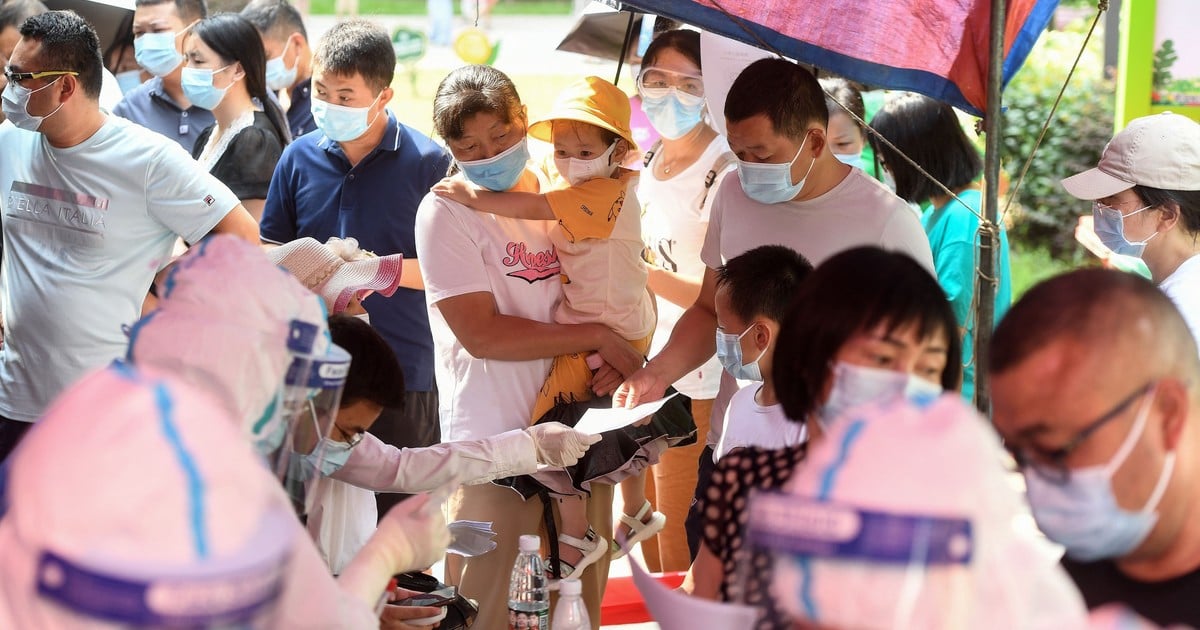 Chinese authorities announced Tuesday a massive test round virus disease in Wuhan, after a series of unusually wide outbreaks of COVID-19 reached the city where it was first identified the virus at the end of 2019.

Wuhan, a provincial capital of 11 million people in central China, joins other cities that also went through population-wide testing campaigns. The Monday three cases were confirmed there, the first not imported in more than a year.

China managed to stop local infections to a large extent after the first outbreak that devastated Wuhan, and which later spread to the rest of China and the planet.

Since then, the authorities have stopped and controlled the disease every time it has been detected, with quick quarantines and massive tests to isolate infected people.

Although the current outbreaks still total a few hundred cases, they have spread much more than the previous ones, reaching several provinces and cities, including the capital Beijing.

Many of the cases identified are due to contagious Delta variant of the virus, which is driving rallies in many countries.

The National Health Commission reported on Tuesday 90 new cases the day before, 61 from local infections and 29 from people recently arrived from abroad.

Most of the local cases were still in Jiangsu province, where an outbreak started at Nanjing airport, the provincial capital, spread to Yangzhou city, 105 kilometers (65 miles) away.

Authorities reported 45 new cases, five in Nanjing and 40 in Yangzhou city, which was doing a second round of massive testing.

Five other provinces and the cities of Beijing and Shanghai reported new local cases, less than a dozen per region.

In Shanghai, the country’s largest city, a driver working at one of its two main airports tested positive. Beijing has reported a total of five cases in the last days.

Government scientists have pointed out that Chinese vaccines are less effective against newer variants of the virus, but still offer some protection.

For the moment only Chinese vaccines are used in the country, and authorities say they have administered more than 1.6 billion doses.