China has canceled out the brilliant growth of its own companies 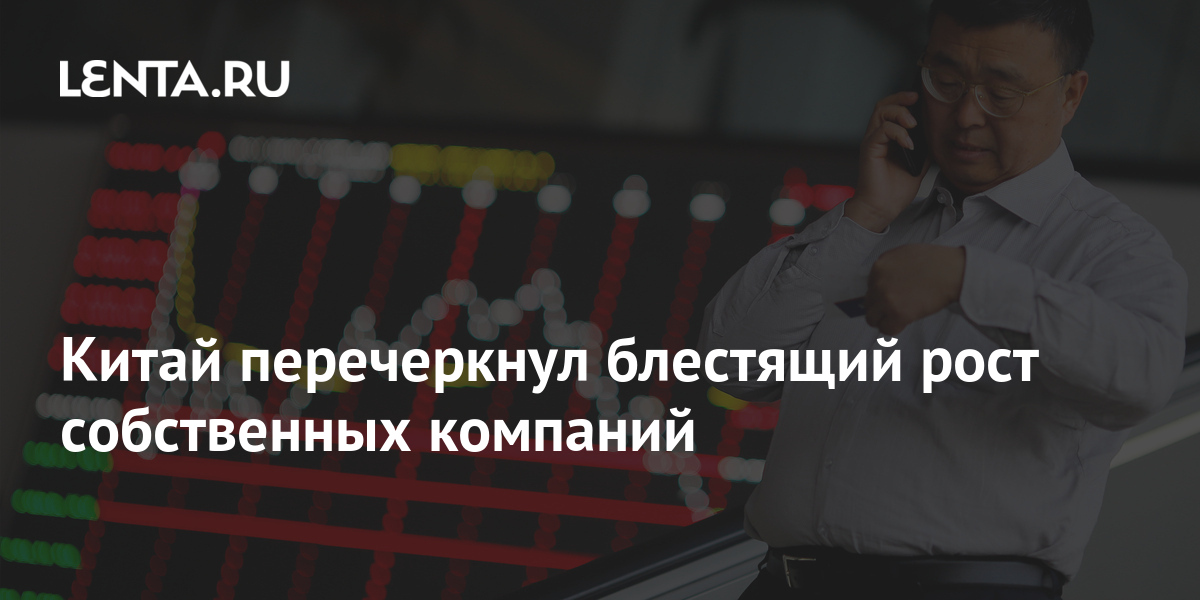 Shares of companies that went public in Hong Kong this year have risen in price by only four percent on average over their offering price, calculations show. Bloomberg based on data from companies that raised at least $ 50 million. In this regard, Chinese businesses have lost out to nearly everyone in Asia, as growth is much less than that seen by companies in India, South Korea, and even Thailand.

The companies’ modest results are very different from their initial brilliant success this year – they have previously managed to raise almost $ 33 billion. However, further growth was canceled out by the actions of Beijing, which in recent months has been leading an attack on its own business and tightening regulation in a number of sectors of the economy.

For example, China-based startup Kuaishou Technology, a short-video publishing platform, is trading below its offering price, although it is still the largest initial public offering this year. The company went public in February and raised $ 6.2 billion. Both Kuaishou Technology and other internet giants such as Tencent Holdings fell this week amid concerns over possible government restrictions.

The underwhelming results for companies trading in Hong Kong are in stark contrast to those in markets such as India, where publicly traded shares are up 50.9 percent on average this year, and Japan and South Korea ( plus 38 and 35.5 percent on average, respectively).

At the same time, the regulatory attack has now affected the education sector, which exacerbated the sell-off in mainland China and Hong Kong. The development of the situation has already led not only to the collapse of shares, but also to the fall of the yuan.