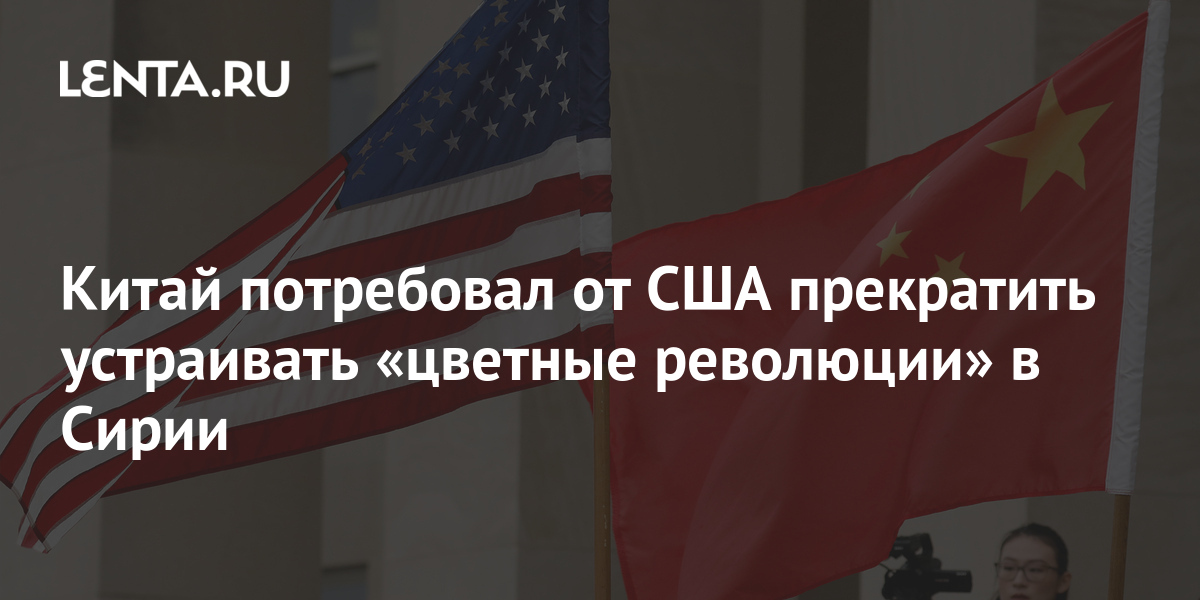 The Chinese authorities demand from the United States to stop any attempts to arrange a “color revolution” in Syria. This message is conveyed by South China Morning Post with reference to the words of the Minister of Foreign Affairs of China, Wang Yi.

According to the minister, forcing other countries to change the regime is “harmful”, and the very practice of “trampling on sovereignty in the name of democratic transformations is unpopular.”

Wang Yi demanded that the United States and the West lift all sanctions imposed on the country in order to open channels for humanitarian aid. He stressed that while the Syrian people are suffering from the economic crisis caused by the sanctions, “some countries talk about the protection of human rights in Syria, showing only hypocrisy.”

Earlier, the Chinese authorities deprived Hong Kong of free elections. The resolution on “patriotic governance of Hong Kong” enables a special electoral commission to promote its own “patriotic” candidates in the autonomous region and oppose those candidates who are directly elected by its residents.