China compared the US to a “pretending to be asleep” man 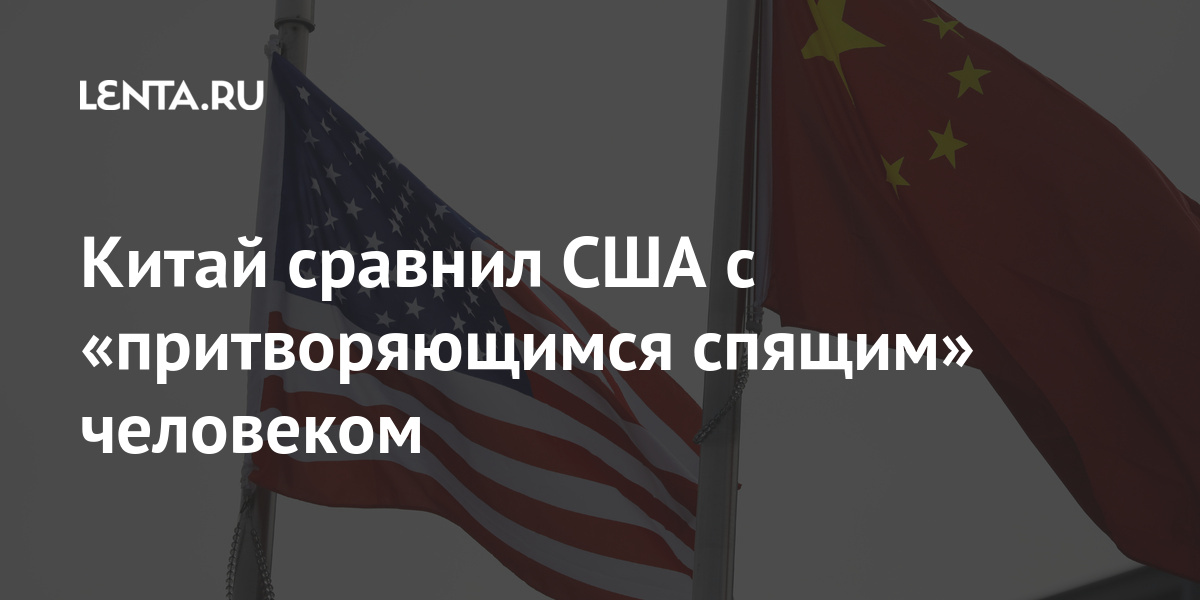 Chinese Deputy Foreign Minister Le Yucheng compared the United States to a “pretending to be asleep” person. It is reported by RIA News with reference to the Ministry of Foreign Affairs of the PRC.

Le Yucheng explained that Washington still does not trust Beijing’s official statements on the situation in the Xinjiang Uygur Autonomous Region. He stressed that, despite a series of press conferences between the Chinese authorities and the Xinjiang government, the US administration prefers to believe the stories composed by radical elements in the region and the fakes of the Western media. “It is impossible to wake up a person who pretends to be asleep,” the Chinese diplomat concluded.

According to the deputy minister, Washington adheres to such an approach towards Xinjiang, since “his conscience is unclean,” and he acts on the principle of the presumption of guilt. He also said that China has invited representatives of several Western embassies to visit the region, but no one has accepted the invitation.

Earlier, the Chinese Foreign Ministry imposed sanctions on individuals and businesses from the United States and Canada. Among them were the head of the United States Commission on International Religious Freedom Tony Perkins and Canadian Parliamentarian Michael Chong.

The reason for the mutual sanctions was a report by the Newlines Institute think tank, whose authors accused China of violating each of the prohibitions of the UN Convention on the Prevention and Punishment of the Crime of Genocide. They found evidence allegedly supporting systematic human rights violations against Muslim minorities in the Xinjian Uyghur region of the country.

Zidane: “The Super League is a matter for the president”