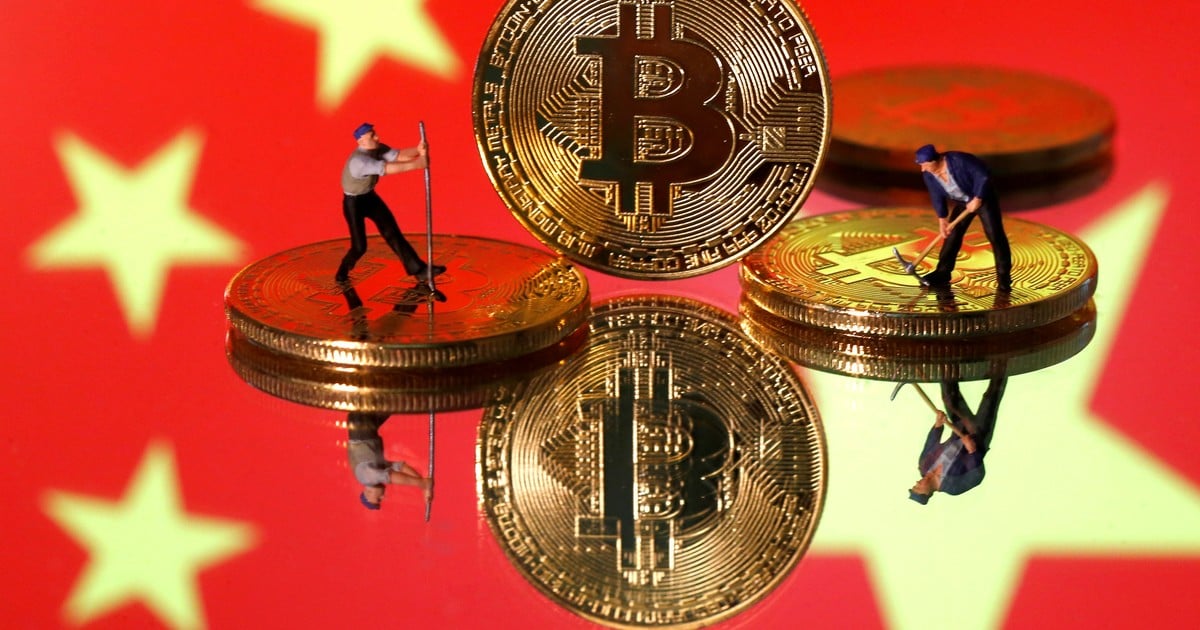 Beyond the typical fluctuations suffered by cryptocurrencies, Bitcoin once again suffered a significant fall – which is around 10% – after learning that China stepped up its bans against mining digital assets.

It is estimated that more than 90% of the mining capacity of this coin will be closed– at least in the short term, as regulators in other key mining hubs in China’s north and southwest regions face official persecution.

Mining in China feeds almost 80% of global cryptocurrency trade despite ban since 2017 to trade with them in the country and the closure of this activity in several provinces.

The so-called “hashrate” -the unit of measurement that explains the processing power of the blockchain- is falling significantly in China as the government of that country advances with local closures in which the cryptocurrency is mined.

Many bitcoin mines in Sichuan were closed on Sunday after authorities in southwest China’s province ordered a halt to cryptocurrency activity, according to a report in the Global Times newspaper.

This measure joins other similar measures in the Inner Mongolia and Yunnan regions of China, as well as Beijing’s claims to eradicate cryptocurrency mining amid concerns about its massive power consumption.

In the past week Sichuan province authorities ordered the closure of 26 mines, according to a notice posted on social media and confirmed by a bitcoin miner.

Bitcoin had surpassed $ 41,000 early last week following a tweet from the Tesla founder., Elon Musk, in which he pointed out that the electric vehicle firm will once again accept payments in that cryptocurrency if miners start using clean energy.

With all these jolts, the emblem of digital currencies It reached US $ 33,400 this Sunday morning, almost 20% below the US $ 41,200 that it traded on Tuesday afternoon.

According to the People’s Bank of China, these virtual currency transaction activitiess “disrupt the normal economic and financial order and create risks of illegal cross-border asset transfers.”

The Bitcoin network is decentralized, which means that it does not have any central structure or intermediaries to approve transactions or generate new currencies.

Instead, the blockchain It is maintained by so-called miners who are dedicated to solving complex mathematical puzzles using computers specially designed to validate transactions.

This energy-intensive process has generated growing concern about the possible environmental damage that bitcoin produces.

In Beijing they have begun to persecute the miners to end the financial risks derived from their speculation. Now the environmental concern for the mines that consume gas is also added, it is also a factor that generates a greater imbalance.

For this reason, the Chinese media reported that The supply of electricity to all cryptocurrency mines in the province was interrupted at midnight on Sunday, while the topic was trending on social media.