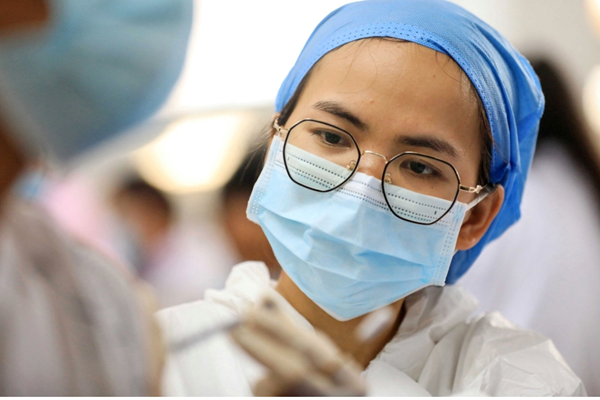 Yin Weidong, head of the Chinese company Sinovac Biotech, said in a statement to state television that China approved the emergency use of the vaccine produced by the company to prevent the Corona virus for the age group from three to 17 years old.

The vaccination campaign in China, which gave more than 723 million doses as of June 3, refuses to give vaccines to those under the age of eighteen.
In a live interview with Chinese TV, Yin added that when the vaccine will be available to younger age groups depends on health authorities preparing vaccination strategies.
And phase one and two clinical trials of the vaccine showed that the vaccine stimulates the immune system in children as young as three through to 17-year-olds.