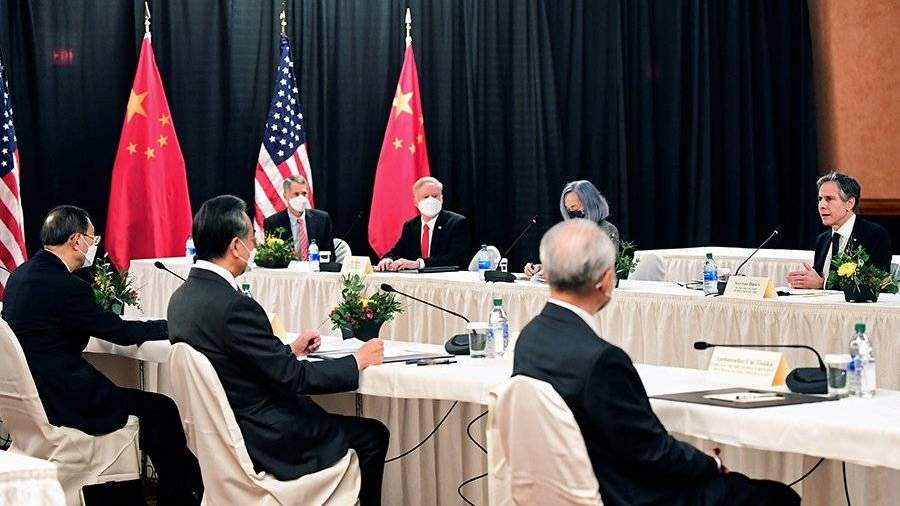 The talks between the United States and China in Anchorage, Alaska have strengthened mutual understanding between the countries, said Yang Jiechi, head of the Chancellery of the CPC Central Committee’s Foreign Affairs Commission.

“The high-level China-US strategic dialogue held this time was frank, constructive and useful,” the agency quoted him as saying. Xinhua Saturday, March 20th.

The China-US high-level strategic dialogue was candid, constructive and helpful, though there are still some important differences between the two sides, said Yang Jiechi, a senior Chinese official, in Anchorage on Friday pic.twitter.com/69B8hNwHfQ

Nevertheless, the official noted that there are still disagreements between the countries, however, Beijing intends to build an equal dialogue with Washington, avoiding conflicts and confrontation.

From Washington, the talks were attended by Secretary of State Anthony Blinken and US National Security Assistant Jake Sullivan, from Beijing – Yang Jiechi and Chinese Foreign Minister Wang Yi.

The meeting of the delegations began with a series of disagreements. China accused the American authorities of the hostility they showed towards the Chinese delegation at the talks. In turn, American officials accused their Chinese colleagues of violating protocol.

Several police officers were injured in the pogroms in Liege