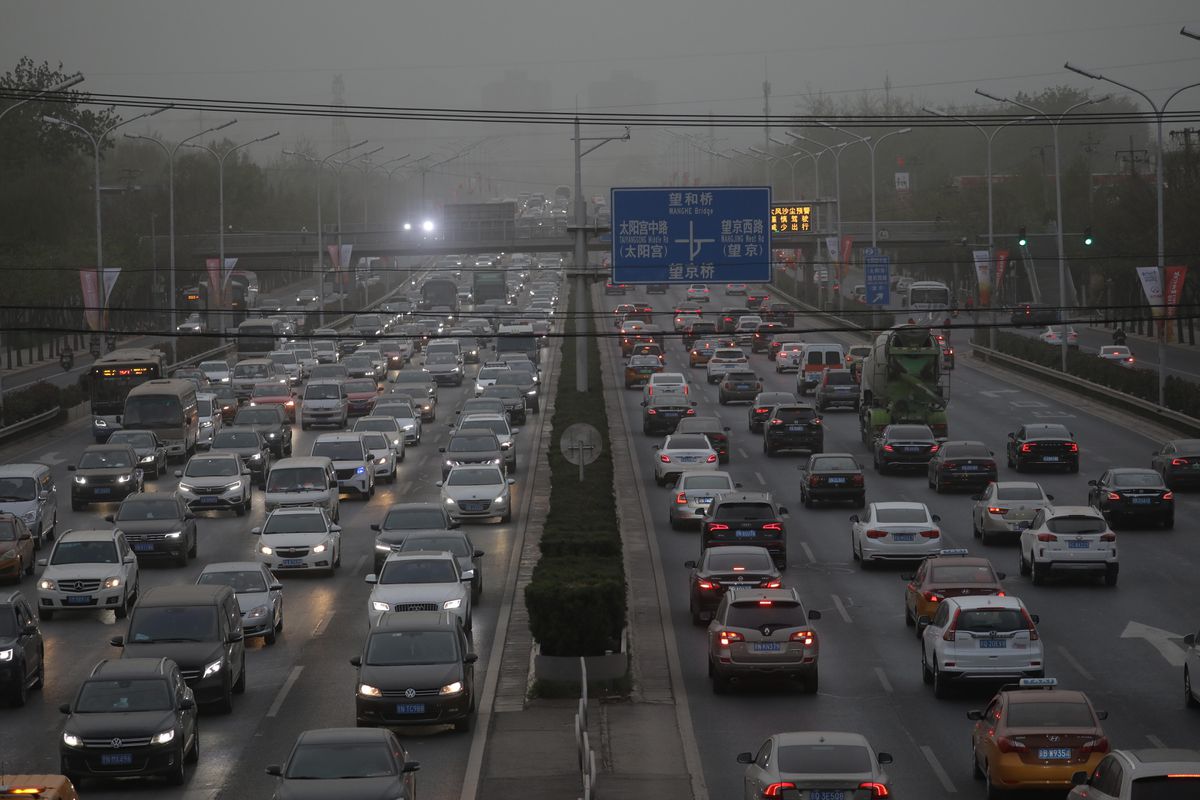 Amid the widespread tensions in the relationship between the United States and China, a ray of light has emerged. Both countries have declared themselves “committed to collaborating” in the fight against climate change, both within the Paris Agreement and on other fronts. The announcement, after three days of talks between US climate envoy John Kerry and his Chinese counterparts in Shanghai, comes as China and the US remain at odds over issues such as human rights in the Xinjiang region and Hong Kong. Beijing’s pressure on Taiwan or its technological war.

“China and the United States, along with other countries, are committed to collaborating with each other and with the rest to tackle the climate crisis, to respond with the seriousness and urgency that it requires,” indicates a joint statement, in the version distributed by the Ministry Chinese of Ecology and Environment. This includes strengthening their respective actions and cooperating on multilateral fronts such as the United Nations Framework Convention on Climate Change and the Paris Agreement ”,

Kerry and his Chinese counterpart, Xie Zhenhua, have promised in the statement that their two countries, the world’s largest emitters of greenhouse gases, will adopt specific and more ambitious measures throughout the decade to reduce emissions in line with the targets of the agreement. Paris of 2015, which aims to keep global warming below two degrees Celsius with respect to pre-industrial levels and try to limit it to 1.5 degrees.

The US representative, the first senior member of the Joe Biden Administration to travel to China since the new president took office, arrived in Shanghai last Wednesday under strict security measures against the covid pandemic. During his stay in the second Chinese city, Kerry stayed in a hotel closed to the public where he met with Xie and Vice Premier Han Zheng by videoconference. They thus held talks that represent the reestablishment of dialogue between the two main polluting powers, after a four-year interruption during Donald Trump’s term in the United States. A stage in which Washington withdrew from the global scene of the fight against climate change and China presented itself as a credible leader against the problem.

Biden has taken a 180-degree turn from the policy of his predecessor, who had withdrawn his country from the Paris Agreement on the grounds that it hurt American companies. The president will hold a virtual summit on climate change next Thursday and Friday that will serve to prepare the UN meeting in Glasgow on climate (COP26) scheduled for November. According to the White House, the leaders of 40 countries are invited.

“The joint statement by China and the United States,” Li Shuo, senior adviser on climate at the environmental organization Greenpeace, “underscores the unequivocal commitment of both countries to collaborate in the fight against the climate crisis. It is a firm step towards collaboration, in the midst of enormous geopolitical challenges ”. Previously, this expert had pointed out that the Shanghai meeting shows that “with regard to climate change, decoupling (between China and the United States) is neither feasible nor sensible.”

Even if the joint statement Indicating that the two countries “await with expectation” the summit called by Biden for the end of this week, the text does not specify whether Chinese President Xi Jinping will end up participating. “We hope you attend,” Kerry told reporters on Sunday during his subsequent visit to Seoul. “Of course, each country will make its own decisions,” he said, appeaser. “We do not seek to force anyone. We want cooperation ”.

The former Secretary of State, who described his conversations with Chinese representatives in Shanghai as productive, pointed out that during the meetings both parties discussed the possibility of China improving the commitment, announced in September by President Xi Jinping himself, to achieve neutrality. carbon by 2060, and peak carbon emissions by 2030.

Washington is expected to announce its own emissions reduction targets at the end of this coming week’s virtual summit. Xi could choose to announce an improvement of his even earlier, at another international meeting: the Boao Economic Forum, which opened this Sunday on the Chinese island of Hainan and in which the Chinese leader is scheduled to participate. Last Friday, while Kerry and representatives from Beijing were meeting in Shanghai, Xi held a meeting by videoconference with German Chancellor Angela Merkel and with the French head of state, Emmanuel Macron, to also discuss the climate crisis.

“I think this is the first time that China has joined in declaring that it is a crisis,” said Kerry in South Korea on the outcome of the Shanghai meetings. “The language (of the statement) is very firm … you can see that we have agreed on key elements of where we have to go,” he explained.

In the joint communiqué, Washington and Beijing include among the measures to be taken in the short term the strengthening of “international investment and financing”, to support the transition to green energy in developing countries. They also foresee the gradual elimination of the production and consumption of hydrofluorocarbons, gases that are used mainly in refrigeration, air conditioners and aerosols.

Correia leaves with crutches and Soler suffers a muscle injury

Coronavirus In the waning epidemic, the risk of Astra Zeneca vaccine is blocked, as is the risk of blood clots compared to smoking and e-pills