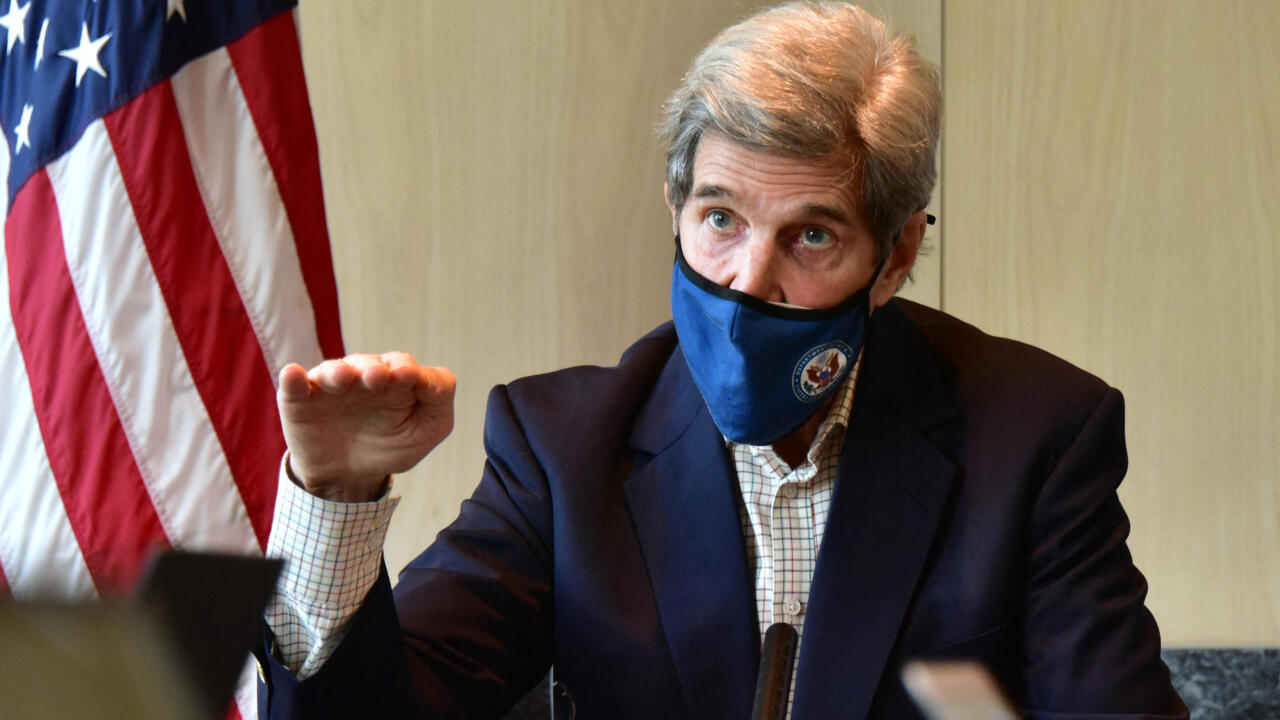 This Sunday, China and the United States agreed to work together to curb climate change and “reinforce implementation” of the 2015 Paris Agreement. The announcement comes from Shanghai, where the United States’ special envoy for climate change, John Kerry, and his Chinese counterpart, Xie Zhenhua met for two days. Both nations are the most polluting in the world and aim to lower their emissions on the way to COP26 in Glasgow.

The two most polluting countries in the world, China and the United States, are willing to step forward to change their situation. This Sunday, the special envoy for climate change of the United States, John Kerry, and his Chinese counterpart, Xie Zhenhua, pledged to “strengthen the implementation” of the agreement against the climate crisis in Paris through a statement.

The agreement, released through a joint statement, was reached after two days of talks on the world’s climate situation in Shanghai. Both countries agreed to “improve their respective actions” against climate change and “cooperate in multilateral processes” to combat the crisis, which “must be approached with the seriousness and urgency that it requires.”

Measures that include their participation in the UN Convention on Climate Change and the Paris Agreement, on which both countries highlighted in the joint declaration their “historic contribution to its development, adoption, signature and entry into force.”

“China and the United States are firmly committed to working together and with other countries to strengthen the implementation of the Paris Agreement,” said the bilateral statement.

John Kerry is the first Joe Biden Administration official to visit China, raising the hope that the two sides can work together on this global challenge despite heightened tensions over human rights, trade and land claims. from China over Taiwan and the South China Sea.

A collaboration that seems necessary to curb climate change, since, together, China and the United States produce almost half of the gases that cause the greenhouse effect, which threatens to change the way of life of humanity through drastic changes in the global climate – with natural disasters, droughts, rising sea levels, among other consequences.

To prevent this from happening, the 2015 Paris Agreement set a goal for countries not to exceed 2 degrees Celsius the increase in the planet’s temperature, and leave it at 1.5 if possible.

In this sense, the joint communiqué ensured that both powers are committed to “pursuing those efforts”, including the “adoption of improved climate actions” to keep within reach that limit of global temperature increase and cooperate to “identify and address the challenges. and opportunities “in this area.

During a press conference in Seoul, South Korea, John Kerry assured that “strong” agreements had been reached, but said that it was necessary to wait to see how they materialized.

“I learned in diplomacy that you cannot endorse words, but actions. We have to see what happens,” Kerry told reporters.

From South Korea, Kerry also met the president of the Asian nation, Moon Jae-in, to discuss how to reach the “ambitious” goal of increasing global temperature limited to 1.5 degrees Celsius.

Biden has invited 40 world leaders, including Chinese President Xi Jinping, to a climate summit, which will be held from April 22 to 23 and is expected to pave the way for COP26 in Glasgow – scheduled for next November.

In this, the United States and other countries will announce their most ambitious goals and methods to reduce carbon emissions, and will also discuss providing financial aid on climate matters to nations with fewer resources.

Topics such as increasing the deployment of renewable energies, the empowerment of green and climate-resilient agriculture, the construction of energy-efficient buildings or low-carbon transport will be on the table.

However, it is not clear what position China will take at the summit. Chinese Vice Foreign Minister Le Yucheng said on Friday that China is unlikely to make any new promises at next week’s meeting.

“For a large country with 1.4 billion people, these goals are not easy to meet,” Yucheng told the ‘AP’ agency in Beijing.

The Chinese government announced last year that the Asian giant would be free of emissions by 2060 and that it would reach its peak in 2030. In March, the Communist Party of China pledged to reduce carbon emissions per unit of economic production by one 18% over the next five years, in line with its target for the previous five years.

For his part, since the beginning of his administration, Biden has made the fight against global warming one of his priorities. During his first hours in office, he led the United States to rejoin the landmark 2015 Paris climate accord, reversing the American withdrawal ordered by his predecessor Donald Trump.

With AP, EFE and local media

Ministry of Health: 28,737 doses of Corona vaccine were provided during the past 24 hours