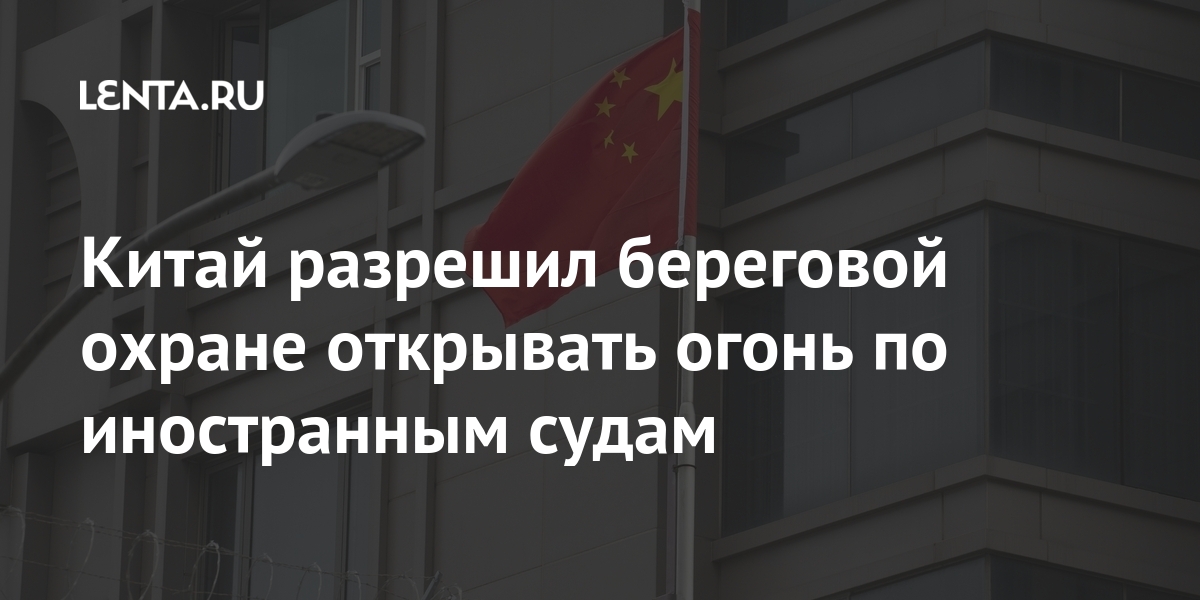 The law allows the Coast Guard to use “all necessary means” to stop or prevent threats from foreign ships. The text of the document explains that the initiative is designed to protect the sovereignty, security and maritime rights of the country.

Among other things, the law allows coastguards to destroy structures of other countries built on reefs in disputed areas, as well as board and inspect foreign ships in the waters claimed by the PRC. Also, the coast guard gets the right to restrict the entry of ships into the mentioned territories.

The agency notes that Chinese Foreign Ministry spokeswoman Hua Chuning said the law was in line with international practice.

On November 1, 2020, American political scientist Christopher Lane warned that the United States and China were heading for armed confrontation. In his opinion, the factor pushing towards war is the US-China relations, which are in a state of free fall. Economic ties between the countries are on the verge of severing due to the trade war unleashed by Donald Trump, and Washington’s technology policy is aimed at taking Chinese firms such as Huawei out of business.

Another reason for starting a war may be the Korean Peninsula – the United States and China may find themselves on opposite sides of the conflict. In addition, tensions in the region have grown due to the military maneuvers of both powers in the South China Sea and the Taiwan Strait. Washington is also challenging Beijing’s long-standing perceptions of Taiwan’s status, moving closer to recognizing the island’s independence from China and openly acknowledging its military commitment to defend Taiwan.

Sailing Ari Huusela’s boat set back: a bully teases a single sailor in the Atlantic