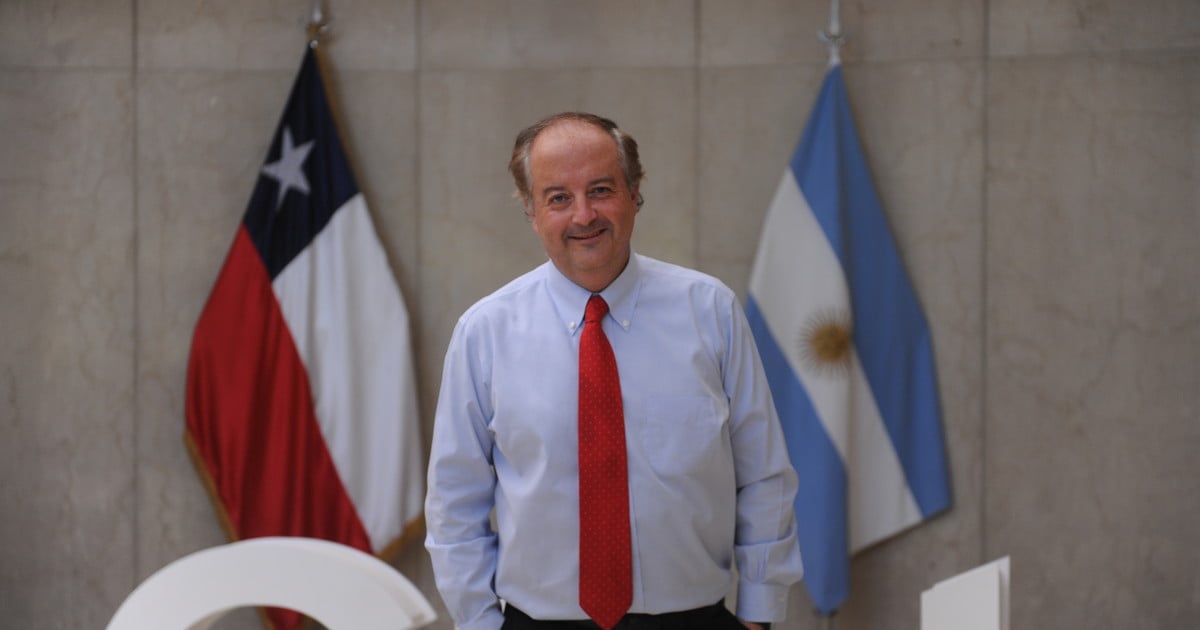 On his first state visit of the year, President Alberto Fernández will travel to Chile this week. After the initial crosses with his partner Sebastián Piñera, the Chilean ambassador to Argentina, Nicolás Monckeberg, assured Clarion that the meeting will be a sample of the good relationship that the leaders maintain “beyond any political difference“and that they will advance in key bilateral agreements. Among them, that of the automotive industry, the homologation of driver’s licenses and the simplification of border crossings.

– After the short circuits, what state is the relationship in?

– In a very good stage. Above any noise that may have arisen, I attest that there is fluid and productive dialogue between Sebastián Piñera and Alberto Fernández. When differences appeared due to public statements, there was an immediate desire to clarify the statements and consider it over.

– The differences arose from the contrast of data on Covid between the two countries. On another scale, here there was criticism of a Chilean political party spot that showed an Argentine taxi driver criticizing the local economy and praising the Chilean economy. Do comparisons strain relations?

– I am convinced that countries lose when they fall in comparisons or competitions. No one is going to be better or worse at the expense of the other, and no one is going to overcome the pandemic and its effects without the other doing it. Less when thousands of families cross the mountain range every day.

– And the ideological differences between Fernández and Piñera?

– I see in both the conviction that the relationship between the two countries must be a State relationship. Consequently, no political difference, no matter how great it may seem, can interfere in the common agenda of two brother countries that share 5,000 kilometers of border.

– What expectations do you have about this meeting?

– I believe, precisely, that this visit is an opportunity to show that political differences should not hinder State relations and that it will ratify that the obligation to lift our economies after the pandemic must be a shared objective. That takes a special effort. We are obliged to think beyond the classic export agreements between both countries and see what Chile and Argentina can offer together to the rest of the world. Chile has one of the largest free trade agreements in the world. We have to think of all the areas in which we can be partners to export.

– At what points will you advance on this journey?

– A modification of the Mercosur agreement will be sealed that will allow cars and trucks to arrive with better prices in Chile, for the Argentine industry to grow and to promote the productive chain strategy. An agreement will also be signed to homologate all driver’s licenses, which has an impact on family integration, tourism, and labor matters. At the same time, the spirit of working together on the interoceanic cable project that will link Latin America with Asia through Oceania will be consolidated and from that connection to be able to provide fiber optics to the entire region.

– Will the negotiations advance to achieve Argentina’s exit to the Pacific?

– It’s a priority. In the first instance, a coordinated and simplified control will be implemented between the two countries in Paso los Libertadores, El Jama, Huemules and in Punta Arenas. Hopefully, it depends on the pandemic, in the first half of this year. We will coordinate joint customs and migration controls to avoid double delay. Simultaneously, a team between the two countries will work on the analysis of works to improve connections and bi-oceanic corridors.

– Was the Agua Negra tunnel stopped?

– Chile is committed to promoting the interconnection between the city of San Juan and Coquimbo. The tender by Chile is in a fundamental technical study. The next tables will be to enter into the analysis of this project.

– Argentina has already modified its continental map, do you intend to talk about the dispute on the Antarctic shelf?

– In the southern zone we have joint patrols and scientific studies. Argentina made a presentation at the United Nations and Chile will do its thing soon. Although, the recommendations made by the UN do not set limits when there are differences between countries. In this in our opinion there is clarity.

– Falabella and Latam left Argentina, is it a difficult economy for Chilean investment?

– We know that the Argentine economy faces moments of difficulty, aggravated by the pandemic. We trust that they will take the appropriate measures to put it on its feet. If this is achieved and fundamental values ​​of legal security and trust are strengthened, the investment growth potential will increase. And without a doubt, it is one of the priorities of the Government authorities.

– Does the exit of these companies have to do with the change of government?

– I do not believe that investment or retirement decisions have to do with changes of government or short-term decisions. They are often structural and are considered with long horizons.

– Piñera was the first Latin American president to speak with Joe Biden after his election. Do you think that the change of government will modify the relationship of the United States with the region?

– It is essential that the US strengthen a priority agenda with Latin America in commercial, political and cultural matters, based on the common principles of defense of democracy, Human Rights and the rejection of populism that weakens the institutions, and polarizes the countries with hate speech that contribute nothing. No country progresses by deepening cracks.

– What changed after the social outbreak in Chile?

– We have taken social demands and demonstrations very seriously, especially the peaceful ones, which began in October last year. We undoubtedly have important challenges as a country to move faster in a fairer country with less inequality. The way in which the powers of the State have faced this demand has been positive because it showed that the institutions work. The Government and Congress, across the board, agreed to make the necessary changes and the process for the new constitution began. President Piñera was gambled by a constitutional agreement and it was achieved.

– The debate on the decriminalization of abortion in Chile began days after the law was enacted in Argentina, can it be approved?

– There have always been initiatives in Congress on this issue that is being discussed. It was not promoted by the President. It is not a matter that is on the program of the current government.

UAE: We are ready to cooperate to achieve a peaceful settlement in Libya

Naruto dies in Boruto ?: We analyze some theories | EarthGamer

Covid-19: checks at the Franco-Belgian border