Chile: they fail to stop the coronavirus and analyze applying a third dose of the vaccine 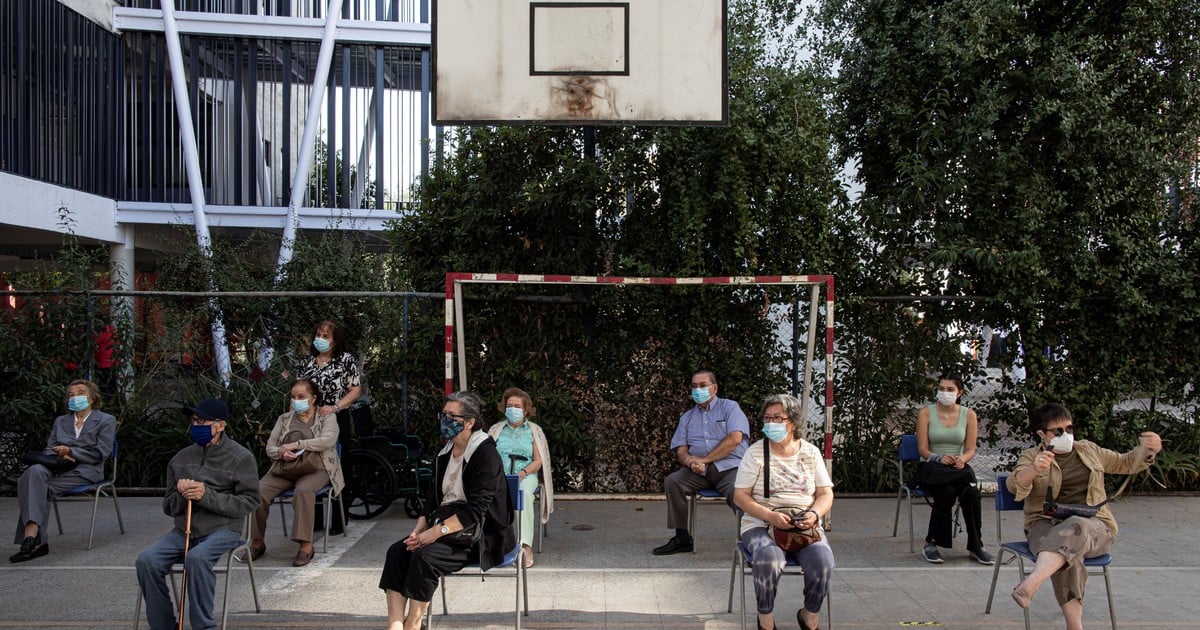 The authorities of chili admitted this Friday the possibility of applying a third dose from vaccines against the coronavirus, given a marked increase in hospitalizations in adults over 70 who received their first injection in February.

In the last 24 hours, 6,770 new infections were reported. Although it is a considerable drop if it is compared with the numbers of Friday, June 11, when 7,972 new cases were registered, the truth is that active cases already reach 41,091, according to the latest report from the Ministry of Health.

And what worries the authorities most is that 3,286 patients are found seriously hospitalized by Covid-19 in Intensive Care Units. Of these, 2,833 need assistance with a mechanical respirator.

In addition, the report highlighted that there is now a 96% bed occupancy in hospitals across the country.

The Undersecretary of Public Health, Paula Daza, told Radio Universo that the Ministry of Health of Chile he is “monitoring and evaluating to see the possibility of needing a third dose.”

The vaccination card of a person who received the first dose, in Santiago de Chile. Photo: AP

The official revealed that to determine if this third injection is necessary, “the laboratories are doing a follow-up” and the government of Sebastián Piñera is “waiting for the results that the Catholic University is doing.”

About this research work, Alexis Kalergis, doctor who heads this study at the Catholic University, told the newspaper The Mercury what the first results would be presented in July.

For now, he added, it is awaiting the conclusion of “the follow-up of the people who had the two doses at 28 days, and six months later (after inoculation), and as we see those results, we will see the need to place a third dose, which will probably happen “.

The expert explained that this possibility is being considered because “vaccines, when they were approved, they were vaccines in an emergency situation they reached a two-month follow-up, so normally when a vaccine is approved in the normal way, it has a one-year follow-up. “

And he added: “All vaccines being new and have a follow-up of six to eight months, only now are we going to have information to know when we need, yes or no, a third dose”

A man takes a photo after being vaccinated against Covid 19 in the National State of Santiago de Chile, in an image from March. Photo: AP

Chile reports so far 11,624,347 people vaccinated against coronavirus, with at least one dose, a more than significant figure for a country of just over 19 million inhabitants.

Despite its good vaccination campaign, which began massively last February, it is experiencing an increase in daily cases and deaths, and it keeps the entire national hospital system stressed, with Santiago, the capital, as the main focus of the pandemic.

The critical beds available this Friday reached 188, thirteen more than on Thursday, according to the authorities.

Regarding the deceased, the Department of Health Statistics and Information (Deis) reported 119, bringing the total number of deaths from causes associated with the coronavirus to 31,259.