Chile: the Senate gave half a sanction to the equal marriage law 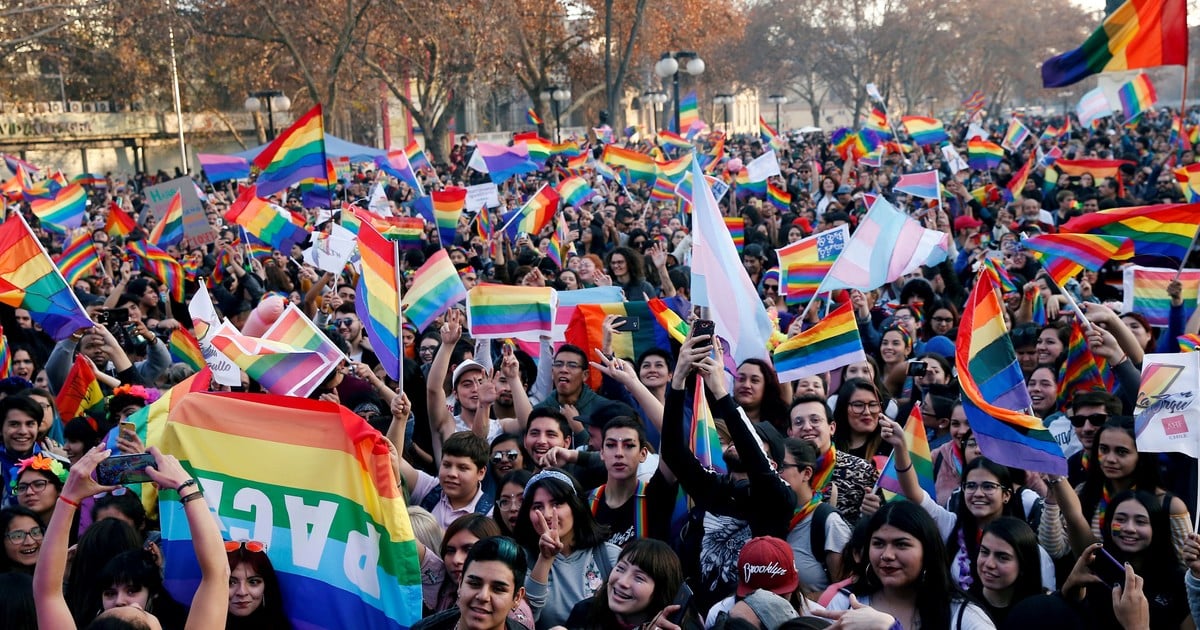 The Senate of Chile approved this Wednesday equal marriage, which is now being discussed in the Chamber of Deputies, in what represents another step on the road to equal rights for homosexual couples in a country that is increasingly moving away from conservatism.

This advance, still pending ratification in the Lower House, where it is still there is no date for the start of its processing, managed to speed up after the impulse that a few weeks ago the right-wing president Sebastián Piñera gave it, even despite the fact that this Wednesday most of the senators of the government coalition opposed the implementation of the new law.

“The time of equal marriage has come“Piñera said in his public account before Congress on June 1, in an announcement that surprised his entire coalition, with which he had not previously spoken.

The regulations of the project that regulate equal marriage and those related to filiation were validated by a comfortable majority.

The project entered Parliament in 2017, after an initiative of the former socialist president Michelle Bachelet (2014-2018).

During his government a Civil Union Agreement, that allows homosexual couples access to almost all the rights stipulated by marriage, but denies the possibility of adoption for same-sex couples, something that with this project would change.

“When the project is approved, first and second category couples will cease to exist in our country,” explained the spokesman for the Homosexual Integration and Liberation Movement (Movilh), Óscar Rementería.

The vote was marked by the opposition of the most conservative sectors of the ruling party, reluctant to consider homosexual couples marriage, and for the last minute request for a separate vote on the filiation norms, in an attempt – according to the Movilh – to “remove homoparental adoption and filiation from the equal marriage law”, question that finally did not prosper.

“Marriage in its essence is the union between a man and a woman with the possibility of procreating, while same-sex relationships have a different category, because they don’t have that option to procreate“, argued against the initiative Senator Manuel José Ossandón, of the ruling National Renovation.

The project seeks equate rights and obligations regardless of the sex of the people who make up the marriage and for this the first thing that changes is that the concept “marriage” is applied without distinction.

“The equal marriage bill is really looking for the current traditional marriage to be extended to same-sex couples, with the same name, the same obligations and with the same rights. Without any kind of distinction, they are couples of different sex or of the same sex, “said the Movilh spokesman.

If the new regulations are ratified, in addition to equalizing rights in matters of marriage, it will also allow the adoption and parental affiliation of children is guaranteed for homosexual couples.

Rementería indicated that this represents a change for same-sex couples, but also for their future children, since with the current Civil Union Agreement it is not possible to “apply to the field of adoptions in family courts, because the law does not recognize them as a couple even though the State does. “

This change will also apply when registering the parents or legal guardians of the child, who until now it couldn’t be both.

“There is a problem with the filiation rights between children and parents, that is, the relationship that a boy or a girl may have in order to have a dad, a mom, two dads or two moms“Rementería highlighted.

During the processing of the project, the main debate centered on the end of discrimination.

“Love”, “freedom,” equality “or” tolerance “ These were concepts that were repeated among senators, most of whom positively valued this step forward in civil rights in Chile, a country that only in 2004 adopted a divorce law and in 2015 established therapeutic abortion.

“We want to advance to a country let it be played with other values, that advances in justice and in eradicating all forms of discrimination “, affirmed the president of the Upper House, the senator of the Christian Democracy Yasna Provoste, who voted in favor of the project.