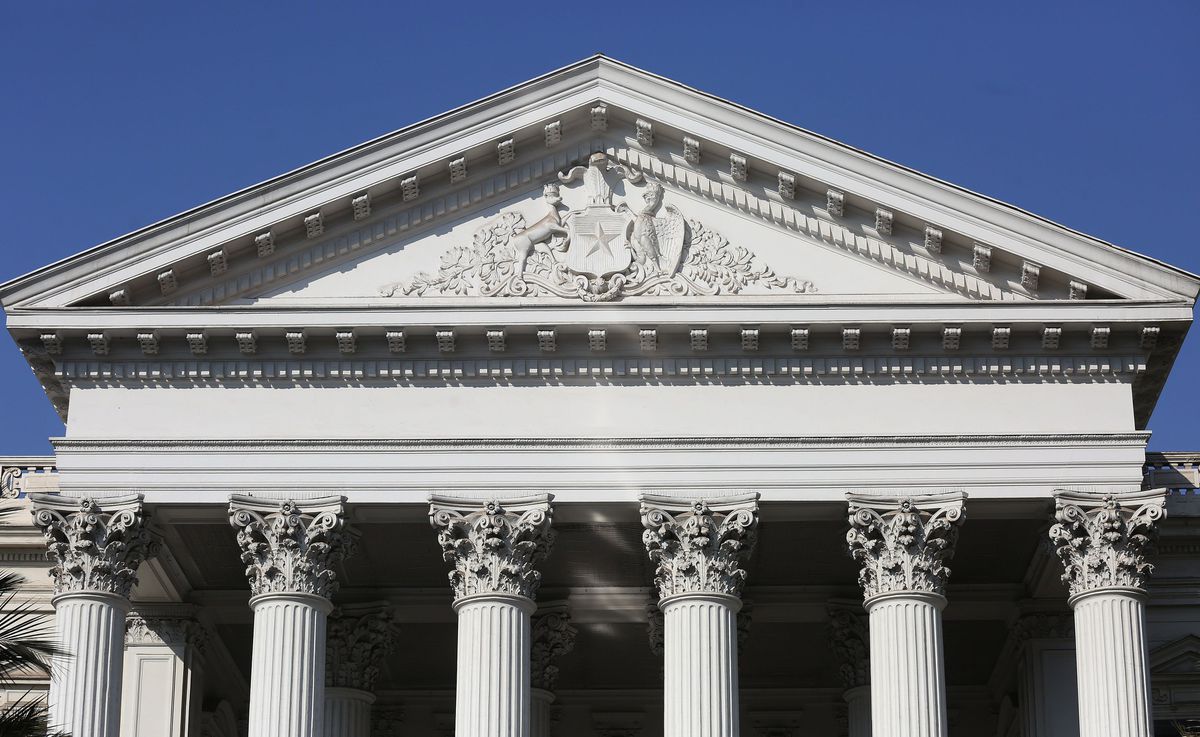 In the convulsed Chilean politics, whose map has not stopped moving since the social upheavals of October 2019, the South American country celebrates this Sunday a fundamental milestone. At ten o’clock in the morning in Chile, in the courtyards of the Congress headquarters in downtown Santiago, the constituent body that will draft the new Constitution is installed. The text will replace the one born in 1980, in the dictatorship of Augusto Pinochet, modified fifty times in the last 40 years. The convention will be made up of 155 members, elected in mid-May. As never before worldwide, women and men will be represented equally (77 and 78, respectively). It will have a second peculiarity: the 17 seats reserved for the ten original nations, the largest number ever established internationally for indigenous peoples in an assembly of this type. With a cornered right, the center-left diminished and the strong irruption of the independent left (the People’s List), the conventional ones will have a maximum year to agree on a new text that allows Chile to channel its threatening political, institutional and social crisis your path to development.

It is a historic day for Chile, which never before had a Constitution born in democracy. Conventionals representing the districts far from the capital show their photographs on social networks in their trips to the first meeting this Sunday, July 4. “These are days of great emotion, we are happy and I go with the love of each person who has supported us on this beautiful path”, writes from the departure lounge the lawyer Amaya Alvez, constituent of Concepción, about 500 kilometers south of Santiago . Some conventional move by land, like the lawyer Christian Viera, representative of Curicó, in the central zone of Chile: “Excited and hopeful with the possibility of a transformative project”, he writes to accompany a photograph where he appears with two other conventional ones. One of his university students replied: “Very successful in the task, professor. He carries in his backpack the hope of a people ”.

Benito Barada, a psychologist chosen by a district of Santiago, summarizes the prelude to this fundamental day for the destiny of Chile: “What we will see tomorrow is the heterogeneity of this country entering the room.” From the north, in the city of Antofagasta, some 1,300 kilometers from the capital, the scientist Cristina Dorador is grateful: “Thanks to all who made it possible for us to be on the verge of writing a new transformative Constitution for Chile,” she writes before getting on the plane this Saturday. Meanwhile, the conventional right wing try to mark their positions and establish the limits: “The mandate to the convention is not a blank check”, said the lawyer Marcela Cubillos, the most symbolic figure of the conservatives, within hours of swearing as conventional.

Given the complex health situation, with the arrival of the delta variant and some 3,800 new daily cases of covid-19, the ceremony will take place in the courtyard of the Congress headquarters in Santiago, with all the relevant health measures. The 155 conventionalists, who this Saturday have begun to withdraw their credentials, will formally accept their positions before the reporting secretary of the Elections Qualifying Court, Carmen Gloria Valladares, the one chosen to preside over the act on a provisional basis. Finally, due to the resistance on the part of the conventional, the representatives of any of the three powers of the State will not be present. Valladares will lead the first meeting of the constituents until the 155 elect on the same day and by an absolute majority their president, who will lead the election of the vice president. Although the election is fully open, there seems to be some consensus that the position should be held by a woman. “It would be a beautiful sign from the people of Chile if the convention is chaired by a Mapuche indigenous woman,” said the conventional Elisa Loncón, one of the candidates, in an interview with EL PAIS.

When President Sebastián Piñera was called upon to convene the first session on June 20, he stated: “This constitutional convention represents, without a doubt, a great opportunity to achieve those broad and solid agreements, which allow to give rise to a new Constitution that is recognized and respected by all Chileans and constitutes a great framework of unity, stability and projection towards the future, for our democracy and our society ”. Michelle Bachelet, the former president and current United Nations High Commissioner for Human Rights, through a statement made this Saturday an appeal to the public: “Let’s live this great republican moment with responsibility and with deserved pride.”

Since in mid-May, citizens elected the 155 conventional ones, with only 43.41% of citizen participation, the political environment has been marked by tension. At the beginning of June, 34 constituents proposed six “democratic guarantees” for the operation of the convention, where they state that the body should not be subordinated to the norms agreed by the political class on November 15, 2019, which made the constituent process possible. “We call to make effective the popular sovereignty of the constituent, expressed both in the regulations and in the regulations that must be given, without subordinating ourselves to an Agreement for Peace that the peoples never signed,” said this group of independent conventionalists, of the peoples and from the People’s List, an anti-capitalist movement that reached 25 seats. It is one of the issues that will begin to be resolved from this Sunday in Chile: if the majority of the convention is about to respect certain agreements, such as a two-thirds quorum to approve certain constitutional norms.

The relationship with the Piñera Executive has been equally complex, because from the left they have criticized everything from security tenders to those of television broadcast, which will allow you to see online what happens in the constituency. The installation has caused friction between the Government and the representatives of the native peoples, who made special requests for the inauguration ceremony, given their cultural traditions. The size of the demonstration called by the People’s List for Sunday morning is an unknown quantity. The organization has called for a constituent march to begin in Plaza Italia, the epicenter of social protests in Santiago, which will end at the headquarters of the Congress, where the conventional ones will be meeting. The politically weakened government has barely had the strength to demand that the march be carried out peacefully, but not to prevent it, despite the complex health situation that exists in the middle of winter. It seems with his hands tied to deploy the Carabineros, because the People’s List and other conventionalists assure that the session will be paralyzed if the police act in the vicinity of the convention.

Chile will begin to redefine itself on fundamental issues. The convention will discuss its political regime and government system, because there is some consensus that the Chilean-style presidentialism – exacerbated, even in the Latin American context – showed deficiencies with the revolts of October 2019. Decentralization and regionalization will be discussed in a unitary state and strongly centralized in the capital, like the Chilean one. The 155 constituents must agree on different issues related to indigenous peoples, such as their express recognition in the Constitution or multinationality, which would imply self-determination. It is a central issue, given the historical relationship problems between the Mapuche people and the Chilean State, which have the Araucanía area in a centuries-old conflict. The constituent body will discuss the economic development model, the fate of institutions such as the Constitutional Court, the State model – economic and social rights are hot debates – and issues that are especially sensitive for markets, such as the autonomy of the Central Bank.

The discussions of all kinds that the convention will carry forward from this Sunday intersect with a series of changes at the political level, such as the parliamentary and presidential elections in November. This July 18, both the right and the left will hold their presidential primaries, while the center-left did not reach agreements to measure their candidates before the public. According to the recent Criteria poll, the communist Daniel Jadue is installed in the first place of the presidential preferences, with 18%, followed by Joaquín Lavín, from the right-wing UDI party, who obtains 13%.