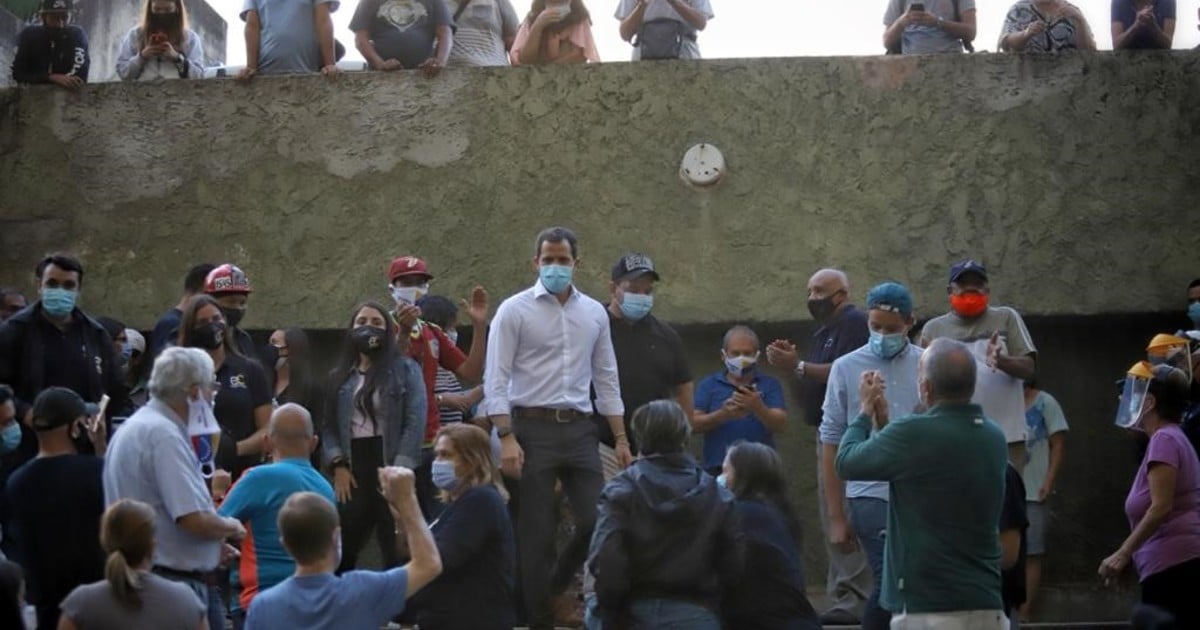 Relations between Chile and Venezuela were strained this Friday after the government of Sebastián Piñera announced the decision to host the opposition leader Emilio Graterón, who was accused by Chavismo of being linked to the shootings that occurred last week in the Venezuelan capital.

The Chilean Foreign Ministry reported that Graterón was received as a guest at the residence of the Chilean embassy in Venezuela, to give him “protection” at the request of the leader Juan Guaidó.

“The decision follows a request from the opposition leader Juan Guaidó and is intended to provide protection to this person, who suffers political persecution by the Nicolás Maduro regime, “the Chilean Foreign Ministry transmitted in an official statement.

Emilio Graterón, 48, is a lawyer and mayor of the Municipality of Chacao from 2008 to 2013. He is currently the national political coordinator of the Voluntad Popular group.

After announcing the decision to receive Graterón, the Government of Chile showed its rejection of “the existence of political prisoners in Venezuela” and called “unacceptable” the arbitrary arrest of former Congressman Freddy Guevara.

“His detention constitutes facts that violate basic norms of human rights, respect for individual guarantees and the generation of trust to advance in a full transition towards democracy in that country,” said the Trans-Andean Foreign Ministry.

The Venezuelan Intelligence Service Guevara arrested last Monday, a close collaborator of the opposition movement of the self-proclaimed president in charge of that country, Juan Guaidó, who denounced “threats” against him.

Guevara, who was accused of instigating the 2017 anti-government protests, was detained by the officials of that body when he was on a highway in Caracas, as could be seen in a video that he himself transmitted through his social networks.

Almost in parallel, Guaidó’s wife, Fabiana Rosales, denounced that the police had arrived at her residence to detain her husband, who, according to videos released by his team, tried to evade his arrest by locking himself in his armored vehicle.

In statements to the press, Guaidó assured that the presence of his neighbors and journalists helped him avoid his arrest.

For now, the government of Nicolás Maduro questioned Chile’s decision to protect Graterón. “Venezuela rejects the Chilean government’s decision to welcome Emilio Graterón, one of the main promoters of the violence suffered by the people of Caracas in recent weeks, in his diplomatic headquarters in our country, becoming an accomplice of said actions, “accused the Venezuelan Foreign Minister. Jorge Arreaza, through his Twitter account.

For his part, the president of the Venezuelan Parliament, Jorge Rodriguez, noted this week that members of the Voluntad Popular party, including Graterón, and others such as Gilber Caro, Hasler Iglesias, Luis Somaza, Freddy Guevara, and their leader Leopoldo López, spoke via WhatsApp to prepare for the shootings last week together with criminal gangs that paralyzed an area of ​​Caracas.

The message was accompanied by a statement in which the Venezuelan government accused Chile of “contribute to whitewashing violence suffered by the Caracas population in recent weeks “by providing reception” at its headquarters in Caracas to one of the main promoters, requested for days by the Venezuelan justice. “

“With this decision, apart from the Vienna Convention on Diplomatic Relations, the unpopular and dying Chilean government he becomes an accomplice in the violent actions against the Venezuelan people and confirms their little interest in peace and stability in Venezuela, “added the Foreign Ministry, which called the action” irresponsible. “

In addition, the Venezuelan government expressed that “it is not surprising” that Chile announced this decision after “a few hours after the meeting in Washington between the United States Secretary and Chilean Foreign Minister Andrés Allamad.”

The Chilean Government has on several occasions expressed its disapproval of the Nicolás Maduro regime and has reiterated its delegitimization of the past Venezuelan elections.