Chile is ahead of everyone: it already applies the third dose and prepares vaccination for boys between 3 and 12 years old 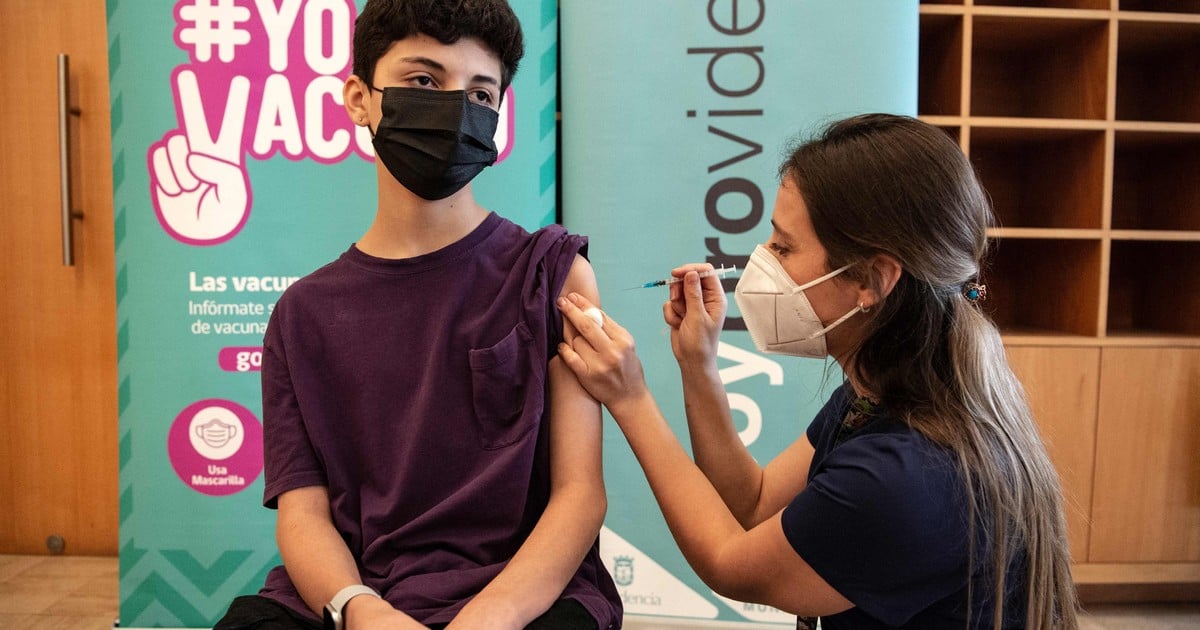 From very early in the morning of this Wednesday, hundreds of people began to arrive at the thousands of vaccinations throughout Chile to receive their third dose, or second for the youngest, according to the calendar. The trans-Andean country is a regional and world leader in coverage with vaccines against Covid 19. And it already plans vaccinate boys between 3 and 12 years old.

On Thursday, July 29, the country fulfilled the purpose of reaching 80% of the target population with the complete vaccination.

It was at the Hospital of the Chilean Air Force, the same place where President Sebastián Piñera received one of his vaccines, the place where the “let’s go” to the massive reinforcement campaign took place.

It is reinforcement, because that is what the Chilean Ministry of Health prefers to call it, because “we also have single dose vaccines, like Cansino, and in that case the reinforcement will be the second dose ”, explained the Minister of the portfolio, Enrique Paris.

Piñera pointed out that “we started vaccination in Chile on December 24 of last year. Chile was one of the first countries in the world and also in Latin America to start a vaccination process, because the vaccine is one of the best instruments we have to protect ourselves from this pandemic that has caused so much damage. “

However, he had words for that 10% of Chileans who still did not want to be vaccinated, either out of skepticism or irresponsibility.

“It is also true that we have 1 million 800 thousand left behind. And I want to tell you once and for all, how you can be so stubborn not to understand that not getting vaccinated not only puts your life at risk, it puts the lives of everyone around you, your family members, your loved ones at risk. , his friends, and his co-workers, ”he told them.

The calendar contemplates that this week they will receive their third dose people over 79 years old, while the next one will be extended to those over 55 years of age.

All of them receive the AstraZeneca vaccine as a booster, which in clinical trials showed that reactive up to 3 times the neutralizing antibodies of those who have already begun to lose them over time.

In total, it is estimated that about 2 million will be inoculated with a third dose in these first 15 days of the campaign.

These reinforcements were decided after a study showed that the vaccine effectiveness it fell six months after the vaccination campaign began.

Vaccination for the youngest

It is no mystery to anyone that Pfizer, AstraZeneca, Sinovac and other laboratories they are in full study how the vaccine works in children between the ages of 3 and 12. Countries expect patients, however, none had dared to say when the inoculation of that group of minors could begin.

Chile seeks to vaccinate the youngest in schools. Photo: AFP

However, the Chilean health minister, Enrique Paris, dared to give a tentative date and it generated the expectation of the parents.

“We are observing the studies that Butantan has done (in Brazil) and that the Catholic University (in Chile) is doing with Sinovac for children between 3 and 11 years of age. And, God willing, that age group it could start in the month of october or at the end of October, for the peace of mind of the mothers, because it is also very important that young children get vaccinated, “he said.

The highest health authority in the country including Was beyond and gave details of what the process would be like, emphasizing that the role of colleges and public schools it will be essential.

“It would facilitate the fact that children are in school, because for us it is much easier to go to schools, as has been done traditionally, and vaccinate at school,” he explained.

It should be noted that Chile performs one of those clinical studies in minors, Sinovac, at the Catholic University, consolidating the close bond that has been built between the Government, that University and the Chinese Laboratory.

The latter announced last week the construction of a vaccine plant and another for research and development in Santiago and Antofagasta, respectively.

It is a project that expects to generate 60 million doses of vaccines against different diseases for all of Latin America.