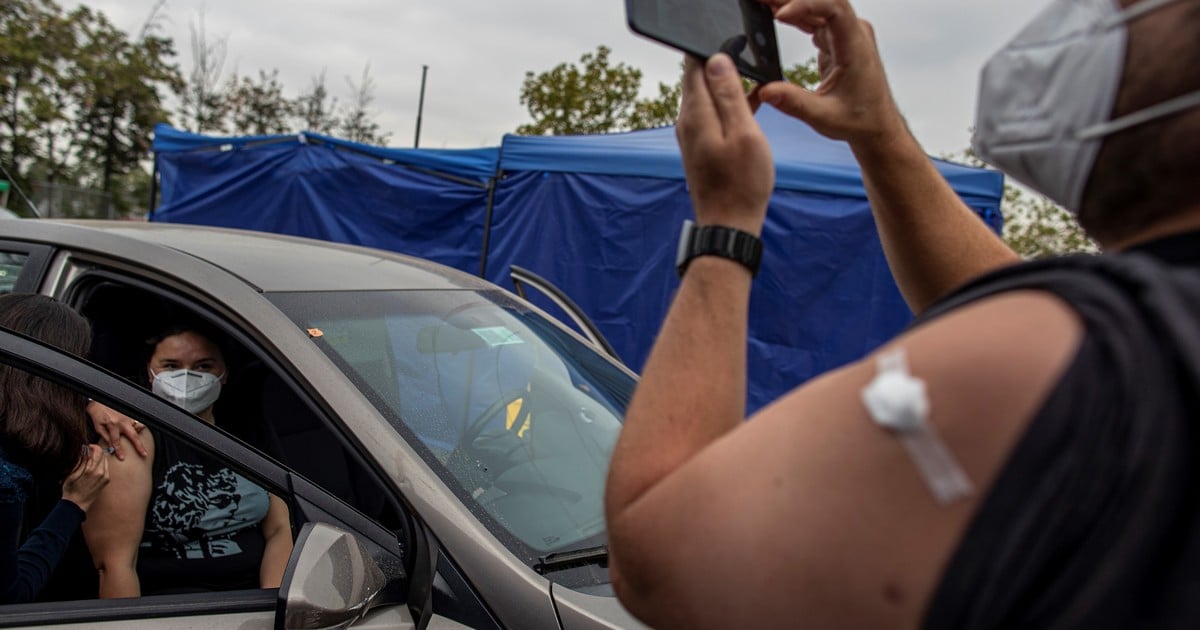 Chile surpassed the five million vaccinated in 41 days against the coronavirus, two weeks before the self-imposed deadline by the government that expired at the end of March, and already has 85% of the elderly immunized.

President Sebastián Piñera said in a ceremony at the government headquarters that reaching the goal of inoculating the population at risk “has undoubtedly been a very difficult job and has meant the contribution of hundreds of thousands of people.”

Announced that March 24 will start “vaccination of the population between 50 and 59 years old (healthy) And so we will continue with the younger generations. ”

The Ministry of Health reported that on Monday 2.7 million people over 60 years old were exceeded, which represents about 85% of that age group, and that those vaccinated with the two doses required by the Chinese immunizer Sinovac exceeded two million people.

In the early hours of Tuesday, the immunization of another 57,000 people made it possible to pass the five million vaccinated.

In addition, the Air Force reported that vaccination of armed forces personnel from Chilean bases in Antarctica began on Sunday.

Vaccination in the car at the National Stadium in Santiago de Chile. AP Photo

Chile began the massive vaccination campaign on February 3 with more than 170,000 immunized. The last week, from Monday to Friday, it inoculated an average of 390,000 people per day.

The second goal of the government is to inoculate 15 of the 19 million Chileans at the end of June.

Chile is the only Latin American country that stands out for the number of vaccinated, 26% of its total population, and ranks fifth in the world among nations leading in inoculations against COVID-19.

Tuesday’s day is the turn to immunize people between 36 and 41 years old who suffer from basic diseases, severe disabilities, transportation personnel, prison guards and prisoners, among other groups.

The South American country began vaccination of health personnel who work with COVID-19 patients at the end of December and then expanded it to all health officials, homes for the elderly and those who perform critical tasks. In February, after the arrival of the first four million doses of Sinovac, he launched the massive campaign with those over 90 and it was descending by age groups -with and without underlying pathologies- and incorporated the teachers.

It is still too early for those vaccinated to influence epidemiological markers in a country that is experiencing a strong rebound in infections with an average of 5,000 new cases per day and strong pressure on the hospital system.

On Tuesday the sick of COVID-19 occupied 65% of the 3,200 beds for critical use available throughout the country, so from Friday elective surgeries will be suspended in 12 of the 16 Chilean regions.

The situation led the authorities to apply, as of Thursday, a quarantine in more than 100 of the 346 Chilean communes while about 200 will be under total confinement on weekends.

The Ministry orders the Port of Cartagena to welcome a ship with 1,800 cattle rejected from Turkey

Mayella Lloclla turned 35: “Thank you, God, for one more day of life”