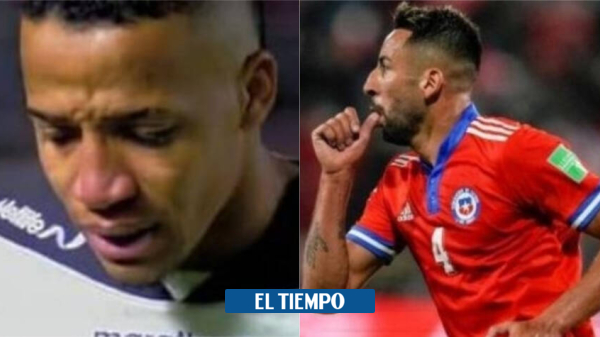 After Fifa released its first verdict on June 10 on the appeal filed by the Chilean Football Federation (ANFP) with the objective of qualifying for the World Cup alleging an alleged irregularity in the participation of the player Byron Castillowith Ecuador, in the South American qualifiers, the case once again took a second wind in the last few hours.

The president of the Chilean Football Federation (ANFP), Pablo Milad, took advantage of an interview with the local newspaper ‘La Tercera’ to deliver the details of the case that has had all Chileans expectant. His feeling is only one: “We continue with hope”.

(Be sure to read: Piqué can not enter Shakira’s house? The tense video picking up their children).

This is the Byron Castillo case

“The Fifa Disciplinary Commission has made a decision on the possible breach of Byron David Castillo Segura of the call criteria to participate with the national team of the Ecuadorian Football Federation (FEF) in eight qualifying matches, corresponding to the phase Preliminary of the FIFA World Cup Qatar 2022”the entity explained from the outset in its statement sharing the first decision.

See also  The Lakers are back, LeBron: "Westbrook will have a great season"

“After analyzing all the documentation received from the parties, the Fifa Disciplinary Commission has decided to close the disciplinary procedure initiated against the FEF”, was the verdict.

Now, the next chapter has to do with Chile’s appeal to FIFA. And, also, by the way that is to come: a possible appeal before the Court of Arbitration for Sport (TAS), which would give the last word as it is the highest instance.

‘We will continue until the last consequences’

Byron Castillo, the player at the center of the controversy.

“What is the complaint against Byron Castillo about?”journalist Matías Parker asks Pablo Milad, president of the ANFP.

“It is in process, we are waiting for the response of the Fifa commission,” replied the leader.

According to Milad, the second Fifa ruling would be given in the afternoon this Friday, August 12.

“We continue with the hope that we have to report when we find something irregular. We will continue until the last consequences. If the Court of Appeals rejects, we will go to the TAS. We’ll do the whole process,” she concluded.

Prominent environmental economist lashes out at RIVM Heat Plan: 'This is unbelievable'