Chile: Children under 45 vaccinated with one dose of Astrazeneca will receive the second from Pfizer 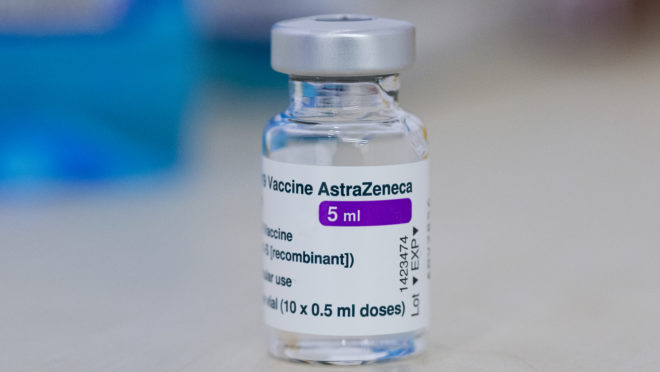 Chile has banned the second dose of AstraZeneca’s Covid-19 vaccine in men under 45| Photo: BigStock

The Ministry of Health of Chile reported on Monday (14) that people under 45 years of age who have already received a dose of Astrazeneca’s Covid-19 vaccine will complete the vaccination process with the immunizing agent from Pfizer/BioNTech. The application of the Astrazeneca vaccine in children under 45 years of age was suspended in the country on June 4, after the confirmation of a case of thrombosis in a 31-year-old man that could be related to the British vaccine.

Inoculation of Astrazeneca vaccine in women under 55 had already been banned in Chile on April 19.

“For (men) under 45 years of age who have already received the first dose of AstraZeneca, it has been determined that they complete the vaccination with that of Pfizer,” said Undersecretary of Health Paula Daza. “We have information from other countries that have completed their vaccination with Pfizer. There is a study that demonstrates the effectiveness of combining the two vaccines,” he added.

So far, about 47% of Chile’s population is fully immunized against the coronavirus, according to a survey by Our World in Data. Among the population eligible for vaccination, 59.2% have already completed the immunization program. This week, the first dose vaccination for people aged 20 and 21 began.

The Ministry of Health detailed on Monday that there are more than 400,000 people aged between 20 and 39 who have not yet been vaccinated, and asked that this population attend health centers to start immunization.

Chile has faced in recent weeks a rise in Covid-19 cases that has put Santiago in quarantine since last Saturday and led to the extension of the state of health alert for another three months, until 30 September.

On Monday, authorities reported 6,234 new cases and 97 deaths from Covid-19 recorded in the previous 24 hours, bringing the total to more than 1.46 million cases and 30,804 deaths from the disease in the country.