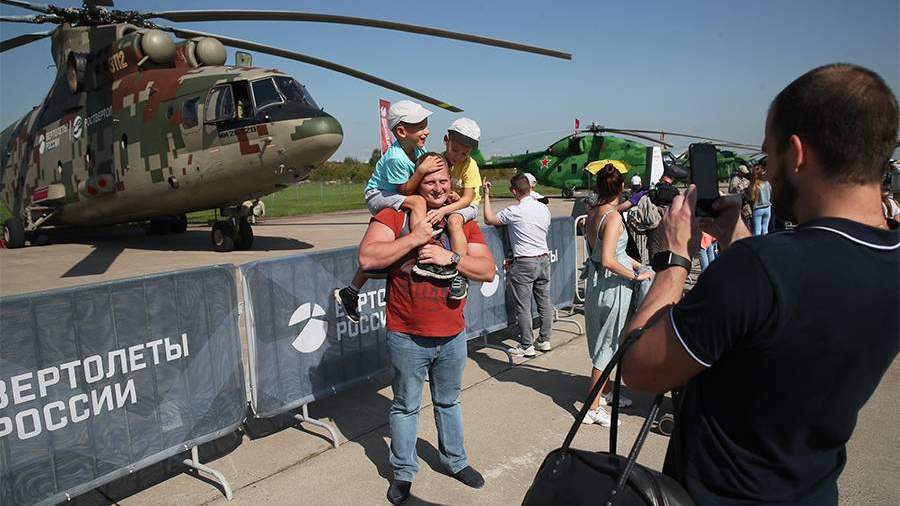 Children under 18, accompanied by adults, will be able to get to the MAKS-2021 air show without presenting the results of a PCR test. On July 17, Vladimir Sovetkin, Deputy General Director of Aviasalon, told reporters about this.

At the same time, the requirement for a PCR test or a QR code after vaccination against coronavirus infection to visit the MAKS-2021 air show is still preserved.

On the eve of Moscow Mayor Sergei Sobyanin announced that from July 19, the city will abolish the system of mandatory QR codes for visiting restaurants and cafes. He called this decision quite serious, but noted that it was made absolutely balanced, proceeding from the current situation in the capital.

In the Moscow region, the decree of the governor Andrei Vorobyov also softened the antique restrictions. Since July 19, the presentation of QR codes in public catering establishments of the Moscow region is of a recommendatory nature.

The International Aviation and Space Salon, which is traditionally held in Zhukovsky, will take place from July 20 to 25, 2021, despite the COVID-19 pandemic. It was clarified that leading Russian aircraft manufacturers and a number of foreign companies confirmed their participation in MAKS and reserved space.

At the end of June it became known that Rosoboronexport, part of Rostec, will demonstrate the latest Il-112V and Il-114-300 transport aircraft at MAKS-2021. The press service of the company clarified that this year more than 120 delegations from 65 countries of the world were invited to the event.