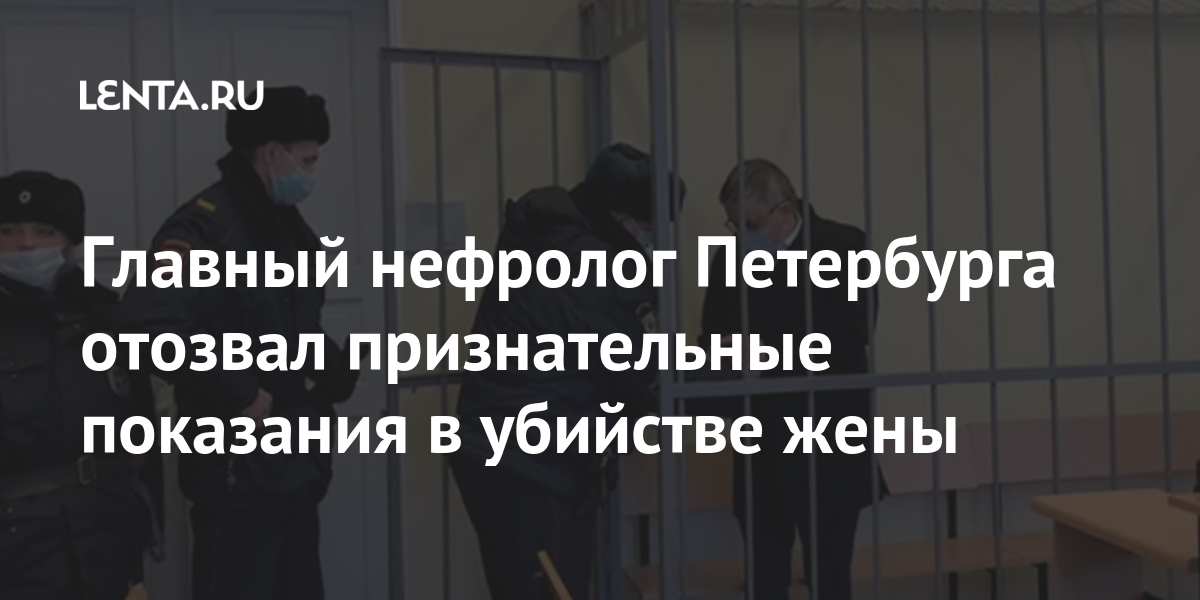 The chief nephrologist of St. Petersburg, the head of the department of the Mariinsky hospital, Alexander Zemchenkov, withdrew his confession in the murder of his wife. This is reported by the publication “Rosbalt” with reference to the lawyer Alexander Pochuev.

According to Zemchenkov, he incriminated himself by making an earlier frank confession under Part 1 of Article 109 (“Causing death by negligence”) of the Criminal Code of the Russian Federation. The corresponding video with the doctor’s statement is published by REN TV.

In turn, Pochuev notes that his client was in a serious psychological state when he testified against himself.

According to the investigation, on February 23, 2010, Zemchenkov quarreled with his wife and killed her. He then dismembered her body and threw it into the trash cans. To divert suspicion from himself, he filed a statement about his wife’s disappearance to the police, claiming that she had left home and was missing. A few months after the crime, the man moved in with his new lover.