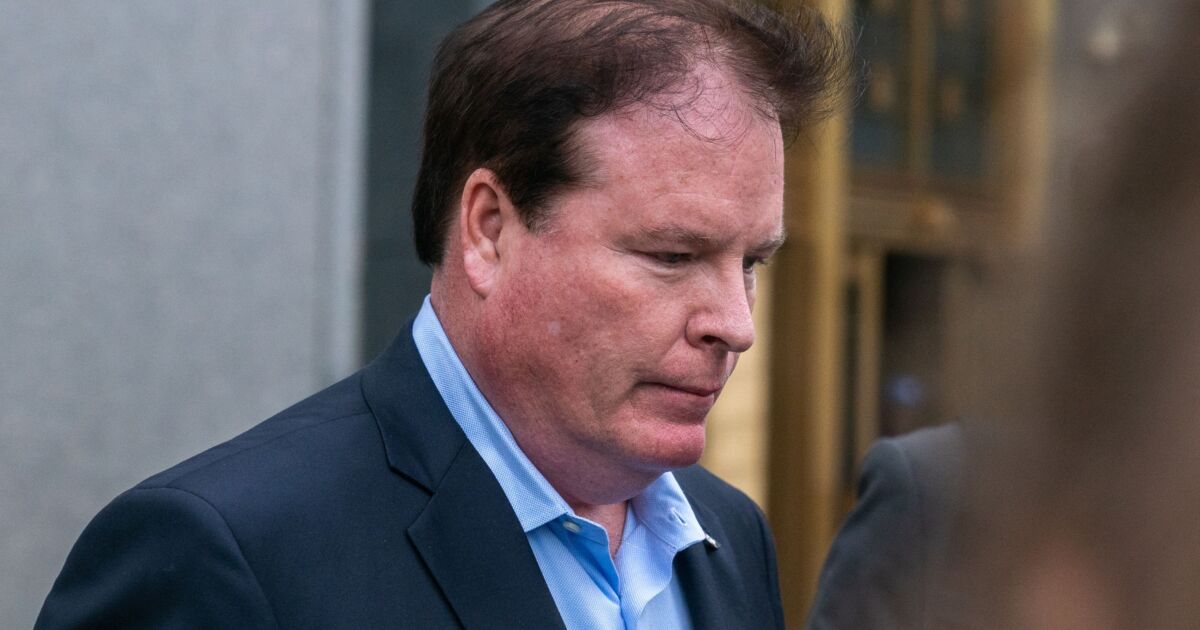 A Chicago banker was convicted of federal charges that he sought to trade $ 16 million in bank loans to former Trump campaign chief Paul Manafort for the chance at a top administration post.

Stephen Calk was found guilty on Tuesday by a US jury in Manhattan on financial institution bribery and conspiracy counts. The founder and longtime chief executive of Federal Savings Bank wanted to be former President Donald Trump’s treasury secretary, defense secretary or a top ambassador and approved the 2016 and 2017 loans to Manafort with that goal in mind, prosecutors said at a trial that began last month .

Manafort, who led Trump’s 2016 campaign until that August and continued on as an adviser, arranged for Calk to be interviewed for undersecretary of the Army, but the banker wasn’t selected for the post.

Calk is scheduled to be sentenced on Jan. 10. The banker did not respond to questions leaving the courthouse after the verdict was delivered.

According to prosecutors, Calk was “hungry for power” and conspired with Manafort to try to achieve it.

“Calk was the one with the money,” Assistant US Attorney Paul Monteleoni said in closing arguments on Monday. “What Manafort offered to Calk was the chance to use some of that money to buy power.”

Calk’s lawyer, Paul Schoeman, argued that the banker believed the loans were “good” based on the information Manafort provided. Schoeman said the loans weren’t tied to Calk’s desire to serve in the Trump administration, which the lawyer characterized as being driven by a sense of public duty.

“It’s not about greed for power,” Schoeman told jurors. “It’s about, ‘I would like to serve, as undersecretary of the Army.'”

Among the witnesses the prosecution called against Calk was Anthony Scaramucci, the Skybridge Capital founder who worked on the Trump transition team and later spent 11 days as White House communications director. Scaramucci told jurors Calk initially sought to be Army secretary but was willing to interview for undersecretary. Scaramucci helped get Calk the interview as a favor to Manafort but said he knew nothing about the loans and that he wouldn’t have helped Calk if he had.

Marvel vs. Capcom 2, an upcoming remaster from Disney and Capcom?