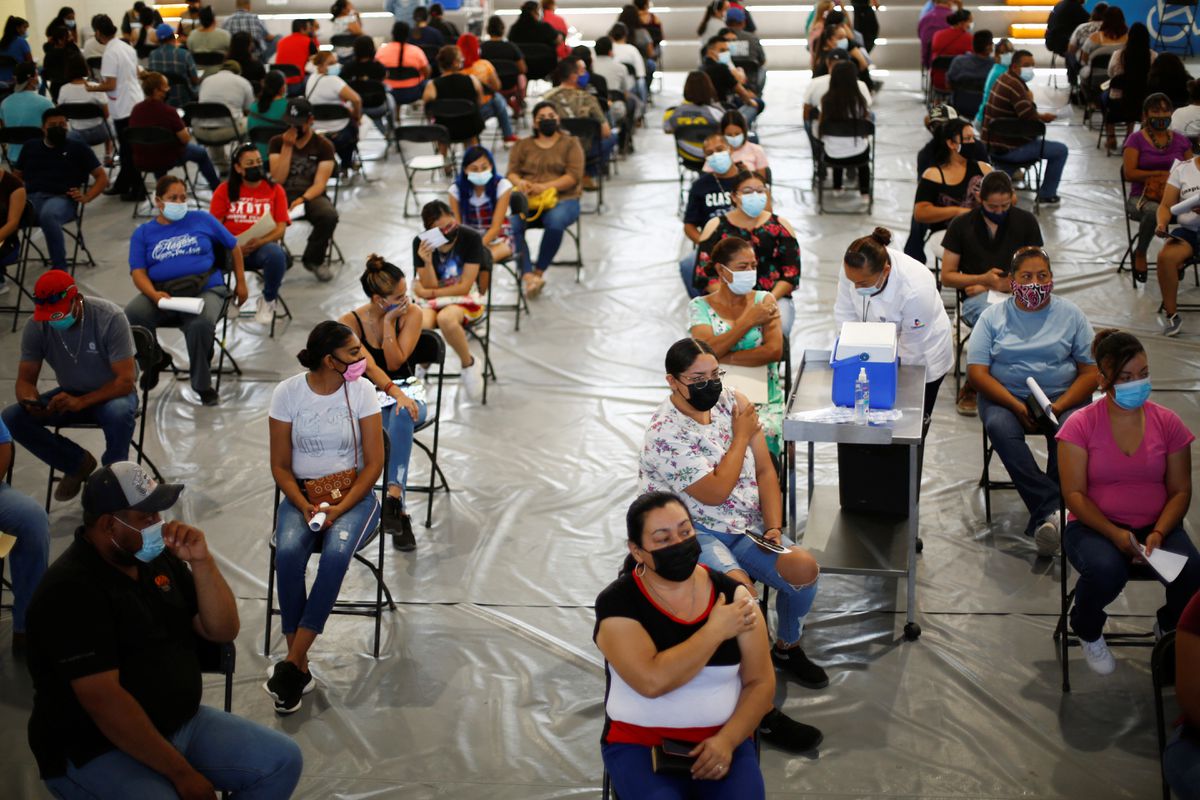 When half the world cries out for a vaccine against covid-19, there are huge pockets of citizens who disdain the biological for various reasons. It already happened in the United States, which ended up offering juicy offers, such as hamburgers, beers or marijuana, to those who came to immunization posts. A good part of the Mexican territory is in the same situation, hence the president and those responsible for Health constantly insist on the benefits of the vaccine. Today, Andrés Manuel López Obrador has repeated it again in his morning conference. The matter is pertinent because in Chiapas, one of the states where the most reluctance is being encountered, the authorities they have offered young people to be vaccinated if they bring two elderly people with them, that is, they serve as promoters for vaccination.

“Every time a person convinces someone else, especially in the most risky age groups, to be immunized, they are doing the most loving, supportive and patriotic act they can do”, recalled the IMSS general director, Zoé Robledo.

In some indigenous peoples they have completely closed off the vaccine and legends and hoaxes about the deaths it causes arise everywhere. Doctors go out into the most remote communities in search of potential recipients of the vaccination, but complain that they are not successful. In the mountains of Guerrero, days ago, the doctor from Cochoapa el Grande, Aulio Gelio, regretted that only 10% of the people had wanted to inject the biological. A matter of belief, he explained. He himself visited one of the local priests, a Pole who declined while waiting to put it on his land on vacation.

A similar thing seems to be happening in Chiapas, in view of the insistence and offers from the IMSS. Two plus one is the strategy. If you take two people, we vaccinate all three, says the advertisement. There are no figures of how many have declined or have put it elsewhere, as in the United States. It is only known that there are entire towns where the penetration of the biological is very low.

To further complicate the picture that governments are facing these days, there are those who do not have enough with a single vaccine. This is the case of some teachers, who in Mexico received the Chinese CanSino immunization, a single dose, with the aim that classes would return as soon as possible. But not everyone is satisfied with it and is looking for a second vaccination. They find no obstacles to it.

Although in Mexico 35.2 million people have received at least one dose of vaccine against the coronavirus disease, that is, 39% of the population of legal age, there are many who do not want to be vaccinated. Irving Vargas, 29, assures that he was already infected in the past months and that he does not need any vaccine. “I am not confident about being injected with something that can have side effects,” he says.

Rumors of the development of blood clots, people who died from covid-19 even after being vaccinated and other complications have led people of all ages to choose to remain unvaccinated. “It is something that hurts us and that everyone is injecting that with deceit,” says Armando Márquez, a 60-year-old resident of the city of Querétaro.

Among teachers, however, the opposite is often the case: despite being already vaccinated, Carla Castillo is afraid of returning to the classrooms where she teaches languages ​​to students between 10 and 12 years old in a private school in Mexico City. “They gave me the CanSino vaccine on May 28, but I registered to be vaccinated without any problem on the page and I want to get vaccinated again,” says the 34-year-old teacher.

If all goes well, this week he could be receiving the biologic from AstraZeneca, as he is not totally confident in the effectiveness of the Chinese vaccine, even though he experienced several of the side effects, such as fever and body aches for a few days. “It gives me more confidence knowing that I have a second dose, I do not think it represents a major problem,” he says.

Alejandra Cano, also a teacher of basic education, preferred to make a trip to the United States to receive a dose of the Pfizer vaccine in Texas. “I read in various media that the effectiveness is much lower than those of two doses, and since I have contact with children with many family circumstances, I feel much more protected,” says the 45-year-old teacher from the State of Mexico, who will travel in three weeks to Dallas for his second dose.

I agree with you data of the Ministry of Public Education in the country, from April 20 to May 28, 2,743,448 teachers and administrative personnel of public and private schools were vaccinated, out of a total census of 3.03 million. However, not everyone trusts the effectiveness of the Chinese biological that was chosen for this sector when applied in a single dose.

So far there are no clinical studies that show that it is counterproductive for a person to apply vaccines from different laboratories, but it is a reason that also holds back some teachers. Rubén Darío Vázquez, academic from the FES Aragón of the UNAM, refers that he does not plan to receive a second position. “Until it is done officially, I’m not going to get another one or combine the vaccines because I have no idea of ​​the effects,” he says on the phone. He has not returned to face-to-face classes for over a year.

Distrust of the CanSino vaccine increased in June, when various media outlets reported that a second dose would be necessary, since the biological would lose its effect six months after its application. “Some participants were mistakenly informed that the efficacy of the vaccine decreases after six months,” mentioned the pharmaceutical. Leticia Delgado, a second-year high school teacher, preferred to wait for the moment to be vaccinated with her age group. “I got the Sputnik vaccine and I think I will be better with it,” he says by phone.

The vaccination registry for people over 18 years of age has been open in Mexico since last week and according to the plans of the Government of Mexico it is expected that by October the total adult population will be vaccinated. The scenario could be divided between those who have double immunizations and those who have not received any doses.