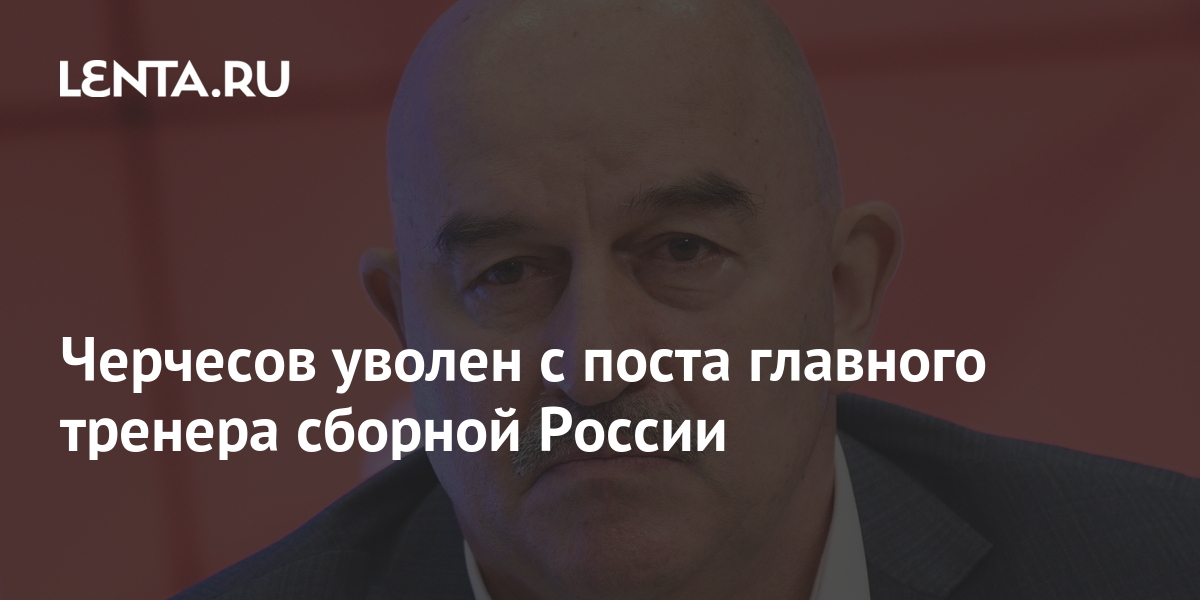 Stanislav Cherchesov was dismissed from the post of head coach of the Russian national football team. It is reported by RIA News with reference to the Russian Football Union (RFU).

The RFU said that they made a joint decision to terminate the contract with the 57-year-old specialist and started looking for candidates for replacement.

On July 6, it became known that the RFU was going to terminate the contract with Cherchesov after an agreement was reached with one of the coaches to replace. Among the candidates were the mentor of Germany Joachim Loew, the head coach of the Swiss national team Vladimir Petkovich and Stefan Kuntz, who works with the German youth team.

Cherchesov has led the Russian national team since 2016. Under his leadership, the team made it to the quarterfinals at the 2018 home world championship. At this year’s European Championships, the Russians failed to overcome the group stage, finishing last in Quartet B.