Chelsea were the last English club to leave the Super League 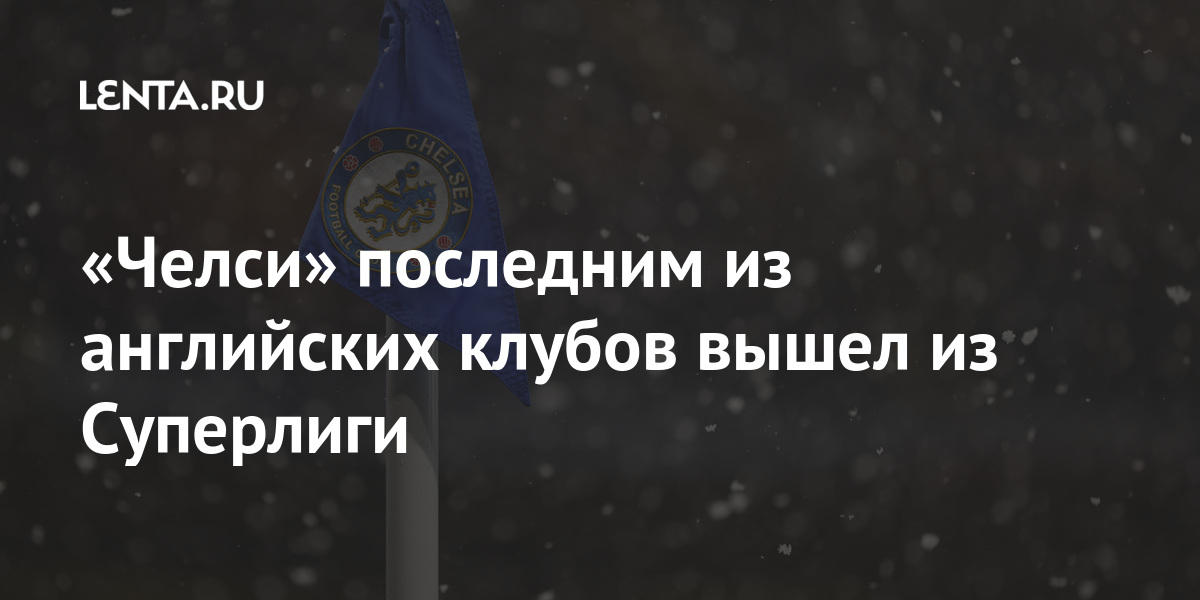 Chelsea were the last English club to leave the Super League. The fact that the team leaves the project is reported on its website…

It is noted that Chelsea have begun formal exit procedures from the group developing plans for the European Super League. Thus, the information that appeared earlier was confirmed there.

“Having joined the group at the end of last week, we had time to fully consider this issue and we decided that our further participation in these plans would not be in the interests of the club, our fans or the football community as a whole,” they added.

Earlier, the rest of the English clubs that planned to participate in the project announced their withdrawal from the Super League: Manchester City, Manchester United, Liverpool, Arsenal and Tottenham Hotspur. After that, it became known that the project was going to be revised.

The Super League was announced on 19 April. The project was planned to involve 12 top European clubs for a separate tournament. However, on April 20 it became known that the founding clubs would discuss the dissolution of the Super League.