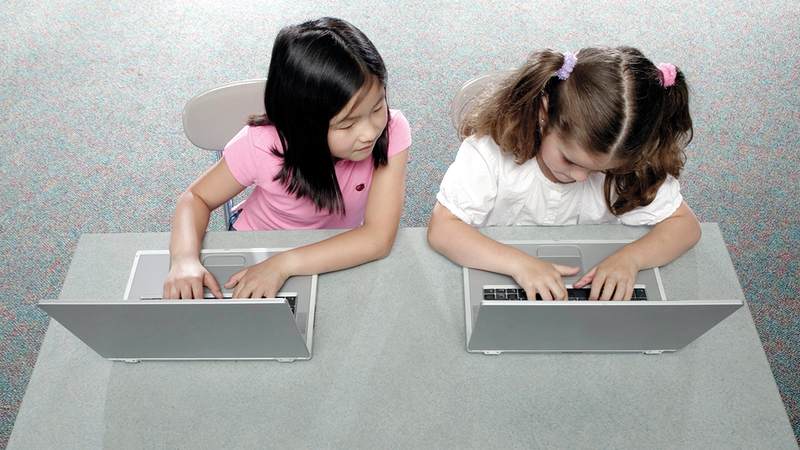 The experience of remote exams, during the “Corona” pandemic, raised questions and controversy on social media among parents about the penalty for parents helping their children solve exam questions, or the students themselves using textbooks and educational resources.

The Ministry of Education confirmed that it applies a package of control measures to detect cheating, explaining that the goal of education is to develop students’ skills and not grades, while Legal Adviser Dr. Youssef Al-Sharif revealed that he did not issue a law criminalizing this type of cheating, but there are regulations prohibiting it, and applying penalties that do not reach Up to the point of criminal punishment, ranging from warning the student, canceling the exam, and depriving the subject.

In detail, students’ families on social networking sites differed about the concept of cheating and its punishment, as a group of them considered that applying remote exams automatically allowed the student to use scientific sources from books or the Internet and adopt the methodology of searching for information, in addition to some of them doing that for fear of failing the exam. , while another group confirmed that the student’s obtaining assistance, whether from his parents or from any other sources, is considered an incident of cheating, and it is equal between the outstanding student and others, as it harms the student himself and his future, and requires the application of a penalty for this type of cheating.

Parents of students at different academic levels confirmed that they could not leave their children to take the exams on their own, for their fear of any error in the computer or the Internet during the exams, in addition to the additional dread of performing exams remotely due to the “Corona” pandemic, noting that their presence next to their children While taking the exams, its purpose is to support and help them clarify what is difficult for them to understand, especially because there is no teacher to help them clarify the meaning of some questions, as was the case in exams inside the school.

Parents of students, Magda Fawzy, Mervat Samir, Walaa Shafea, Ahmed Moussa and Khaled Ramzy, told “Emirates Today” that parents bear the greatest burden in the educational process since the implementation of distance education, and they have to help their children in exams because they know well that they did not benefit. During the school year, to the extent that would allow them to take the exam on their own, especially that the lack of confidence of parents in equal opportunities among students, and the lack of certainty of the students’ parents’ presence with their children during the exam prompts the rest of the students’ parents to help their children

For its part, private schools in Abu Dhabi called on students’ families not to worry about exams, and leave students to take them on their own to raise their confidence in their abilities, especially as it will not affect their transition to higher grades, while the Department of Education and Knowledge called on students’ families to allow their children to take exams and exams without interference. Among them, noting that she understood the students’ desire to empower their children, and warned that excessive reliance on parents limits children’s motives and could affect their abilities and educational level.

The schools confirmed that they were provided with tools to prevent cheating, and adopted online monitored tests for students, while specifying time periods for electronic tests, to encourage students to perform them themselves, especially since the tests will not affect achievement and progress at the end of the year, noting that it formed technical teams of specialists in the field. Electronic monitoring of exams that are conducted “remotely”, to solve any technical problem that may occur during exams.

Teachers and administrators in private schools, Ola Samir, Amani Rayhan, Maryam Khalaf, and Ahmed Gad, reported that many students’ families help their children during exams, which affects their true level, and makes it difficult for schools to develop academic plans for them during the next academic year, noting To the fact that families want their children to achieve distinguished results, unaware that these results will harm them and not benefit them in the future.

The teachers stressed that schools play their role in educating students’ families about the dangers of cheating on the students’ future and their upbringing, but they do not have the authority to prevent students’ families from helping their children, noting that the kindergarten and first grades stages are sent to students for training on them before performing them. This is to increase their self-confidence and educate them that the tests do not determine the fate of the learner, but rather are intended to measure the skills and knowledge acquired by the student, and to help teachers enhance aspects of their understanding and understanding in the future.

While teachers, Muhammad Seddik, Iman Gad, and Lian Thabet, stated that schools have set up a mechanism to control exams remotely by operating the students’ cameras, or activating the feature to monitor students’ browsers during the exam to prevent the use of other pages or websites to answer the questions asked. In addition to inviting students to open another device so that the teacher can communicate with the student during the test, where the first computer is connected to the test performance site and the other device is connected to the “Zoom” program to provide the opportunity for the teacher to follow the student and make sure that he is the one who performs the test.

They added that the emergence of the Corona pandemic and the consequent transformation procedures for distance education to ensure the safety of students, schools did not have the opportunity to set regulations for electronic cheating, so every school applies guiding procedures aimed at the interest of students, but it does not reach punishment or deprivation of exams, especially taking into account Taking into account the circumstances of the pandemic, noting that many students’ families are taking advantage of the shutdown of the sound feature in the “Zoom” program to help their children, where they can guide them to the correct answer, without appearing in the camera staff.

For his part, the legal advisor, Dr. Youssef Al-Sharif, said that many of the students’ families have sparked controversy during the past period on social media about the criminalization and penalization of cheating in exams and the punishment for him with imprisonment of up to 10 years, and what was said in the middle that they represent crimes of forgery. impersonation and others.

Al-Sharif added that ethics sometimes do not converge in reality and reality with the law, so it was necessary to root the act as we mentioned above in order to determine the extent of its criminal offense as raised or not, and the scope of the penalty or punishment for it.

He pointed out that the constitutional rule is that there is no crime or punishment without a text (Article 27 of the State Constitution), and the legal principle is that the special restricts the general, and that the absolute remains to be released unless it is restricted (the principle of absolute and restricted, which is also a legitimate and legal matter), and criminalization or penalization and punishment. Its source is legislation, not morals, custom, personal opinions, or anything else.

Al-Sharif explained that legislation goes from above to below, i.e. the constitution, then the law, followed by decrees, regulations, and decisions. Legislation must coexist with all its branches of society and be subject to the laws of change, development and modernization, so texts, even laws, and below are amended or changed from time to time to keep pace with this modernity.

He stated that the field of education is a special field subject to special laws and regulations, and there are rules that confront cheating in exams and specify the penalties for it, stressing that the penalty for cheating is penalties, not penalties. Education regulations at all levels prohibit cheating in exams and impose penalties on him that range from alerting the student to canceling the exam and depriving him of An article or a number of subjects or being denied entry to the exam for a year or more, and others, all of which are penalties that do not amount to criminal penalties.

Al-Sharif pointed out that the incidents of fraud are subject to its own rules and regulations as long as it is not covered by the law and as long as no law has been issued to criminalize it.

He stated that we must differentiate the incident of cheating in the traditional education system from the modern education system, as there is no doubt that the traditional education system relied on the student’s memory and his ability to memorize, while in the modern education system the concept of examination and assessment in general has changed, and the purpose of exams has become Assessment is a measure of the student’s comprehension, achievement, familiarity and understanding, not memorization. Therefore, it has become available in exams to take books and references, which is known as the (open book exam) system, and the same is the use of books or electronic references or people, whether a teacher or others.

He added that the concept of cheating must be understood within the limits of the scope and system of the examination and the special rules and regulations determined by the competent authority responsible for the examination, such as the Ministry of Education for the levels of basic and secondary education, and universities for this stage.

Al-Sharif indicated that “there is a difference between cheating in the traditional exam system, which the modern exam system does not know, with evidence of allowing exams remotely through modern technology and technology.”

The Department of Education and Knowledge advised private schools to use diagnostic and formative tests to identify weaknesses in the learning process, noting that the student must be transferred to the next grade according to the global promotion system to ensure that he remains within the study environment with his peers, in line with the guide of the policies of private schools applied in the Emirate of Abu Dhabi. The school must address the academic delay of students through the (spiral learning / remedial) method.

The legal advisor, Dr. Youssef Al-Sharif, stated that discussing the issue of cheating in exams with reference to the crimes of impersonation and forgery is outside the context of the same topic, because the exams are a relationship between the examining authority such as the Ministry of Education or universities and the one concerned with the exam, i.e. the student, and the presence of a person other than The person concerned with the exam leaves the event or act that this foreign person will commit from the scope of privacy to public, and only here can talk about those actions and crimes, but as long as the actions or behavior remain within the privacy of the system with its people and scope, we are not in the shadow of publicity, but we are committed to its privacy, rules and regulations.

He added that by noting that cheating in exams leads to the graduation of a generation that lacks knowledge and achievement, it is what has been proven in practice to be completely incorrect, because the strategy of the education system is to direct the student towards research methodology, not information indoctrination.

• The spread of cheating in exams raises controversy among students’ families about punishment and responsibility.

• «Education» implements a package of control measures to detect cheating in exams.