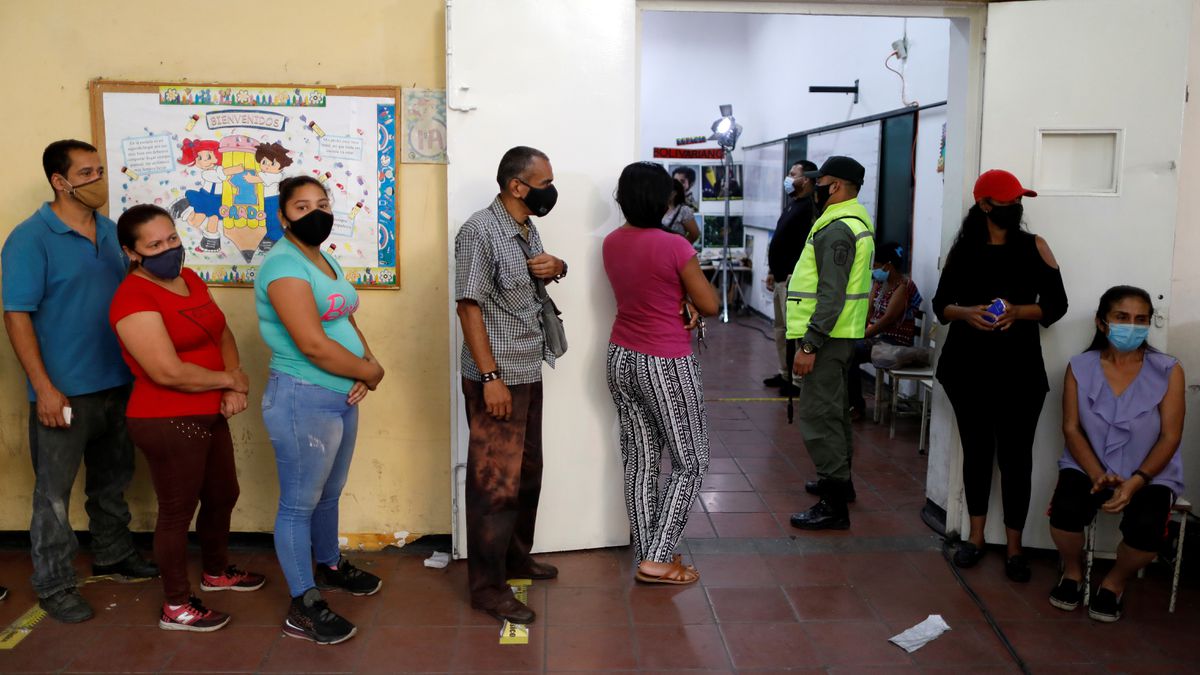 The United Socialist Party of Venezuela (PSUV) held its open primaries for the local and regional elections next November last weekend with a low turnout, just 17.5%, and amidst great skepticism. The process to choose candidates for governors and mayors was preceded by disputes and divisions, which have been followed by a trail of allegations of irregularities and discontent among the Chavista bases.

Vice President Delcy Rodríguez, in her calls to vote, referred to the PSUV as the largest party in Latin America and Venezuela, while President Nicolás Maduro had estimated the number of militants in the political formation at eight million. However, only 3.5 million people voted, according to party figures, despite the fact that the polls were open until night for all those registered in the electoral register.

Diosdado Cabello, vice president of the PSUV and deputy of the National Assembly, described the day as successful and assured that it should be taken as an exercise for the November 21 elections. In the early hours of Monday, some results began to show. In 15 of the 23 governorates, Chavismo already has candidates. In the other eight states, the party will have to evaluate, because none of the candidates achieved the requirement of exceeding 40% of the votes and having a 10-point difference with the second. Cabello explained that where the differences are very close, the party will make the decision of who is a candidate. “In the regulations it is that having been elected does not mean being the candidate. Here the strategic thing is the revolution and its permanence in time ”, he added.

The eight states under review are Aragua, Bolívar, Nueva Esparta, Sucre, Trujillo, Cojedes Monagas and Apure. In half of these regions, current governors are running for re-election but lost in Sunday’s primaries. In two of these there are leaders with more than 10 years in their positions. The PSUV maintains a fragile balance of forces that admits very little renewal. In three states the so-called protectors came out as candidates, a counter-power figure that Chavismo created to control territories where the opposition had won. Maduro has promised to eliminate the protectors after the November 21 elections, as one of his concessions to give greater guarantees to the process.

In the mayor’s office of Caracas, seat of national power, Admiral Carmen Meléndez was elected as a candidate, who has held positions close to Maduro in the Ministry of the Office of the Presidency, in Defense, as Treasurer of the Nation and now as Minister of the Interior . Meléndez was governor in the state of Lara in 2017, but left her post to enter the cabinet. In this entity, the admiral who has replaced it since then remained as a candidate. In the state of Barinas, where two Chávez, uncle and nephew, disputed the position, finally the brother of the commander of the revolution, Argenis Chávez, was elected.

Doubts in the opposition

This week began the formal registration of candidates for the November elections. The process will run until the end of August and modifications may be made in September. The opposition has not yet defined whether it will participate together in the process. Leaders of three of the four parties of the so-called G4, where the largest political force around Juan Guaidó gathers, have expressed interest in participating. Popular Will, the formation of Leopoldo López, who is asylum in Madrid, has not yet been openly expressed.

This week the delegations of Maduro and different sectors of the opposition in Mexico are scheduled to meet to begin a new attempt at dialogue, under the mediation of Norway. One of the aspects that the opposition has demanded to negotiate are greater guarantees for free and fair elections. Although the Government has made some concessions, there are still disqualified candidates and more than 300 political prisoners, including Freddy Guevara, a close collaborator of Guaidó and an interlocutor in the preparatory meetings for the dialogue. Guevara has been detained for a month at the headquarters of the Venezuelan intelligence service. His defense has denounced that he has health problems derived from a heart condition and that he has been denied medical attention.