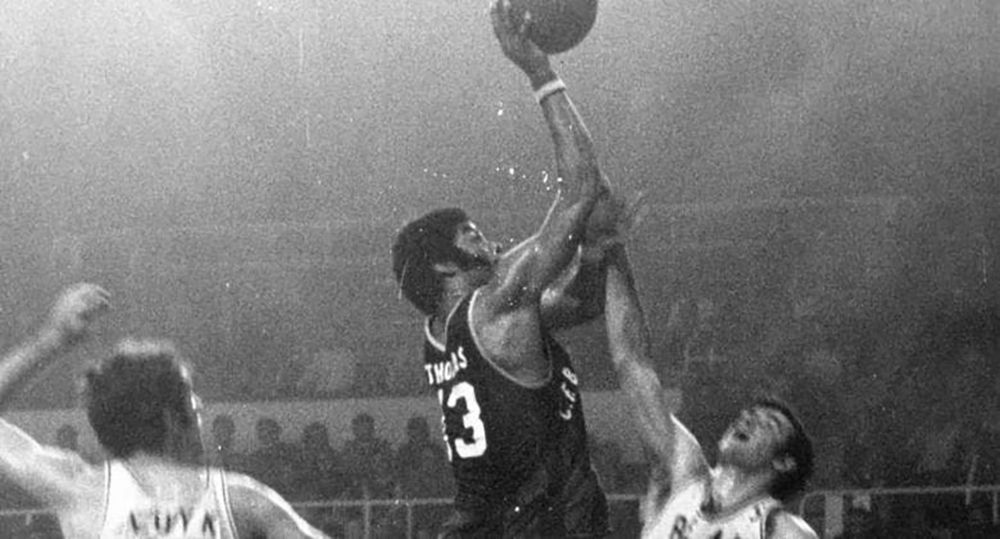 The story ends well. Charles Thomas is alive. No one could be sure that he was dead, but it was what had been believed for 40 years. Since then nothing had been heard from the former Barça player, Sant Josep and Manresa, the top scorer in the basketball league in the 1968-1969 and 1969-1970 seasons. His closest associates feared the worst and had assumed it that way. In Wikipedia, after his basic data – born on August 23, 1946 and pivot of 2.01 meters -, it was said: “It is believed that he could have died at the beginning of the 80s, although there is no certainty.”

Now the riddle has been happily solved. Charles Thomas, 74, is still alive. It was explained in Rac1 by Norman Carmichael, one of the Americans who marked the prolegomena of Barça’s takeoff in the nine years he wore Barça, between 1969 and 1978, coinciding with Manolo Flores and Charles Thomas and already linking with the extraordinary fifth of Epi, Solozábal, Sibilio, De la Cruz …

“We were driving with my family. My son was driving. The phone rang, ”says Carmichael. “My wife told me that Charles Thomas wanted to talk to me. ‘I’m sorry. It must be a joke. Charles died years ago, ‘I told him. But we made a video call. I thought maybe some friend of his was cheating on me, trying to get money from me. But as we talked I realized that I knew too much to be an imposter. It’s incredible, from a movie ”. Thomas lived for a time in Mexico and returned to the United States, where he lived badly under the effects of his drug addiction. For the last several years he has lived in a nursing home in Amarillo, Texas.

Carmichael explains on Facebook that he hopes to visit his friend soon. “It is difficult for his family as he just left them and disappeared. I’m not sure how they will deal with it forty years later. As for me, I’m not sure why he called me first, but I have my friend back. We have our second shot in two weeks and then with Charlie’s blessing, I’ll go see Amarillo. Amazing things happen in this strange world. “

Thomas’s stage in Spanish basketball began at Sant Josep, the historic Badalona club, which signed him in 1968 after passing through California State University. The directors of the Badalonese club did not want to stretch their arm more than their sleeve. They paid a million pesetas for Thomas and declined the possibility of signing Lew Alcindor, the legendary center who later changed his name to Kareem Abdul-Jabbar, and whose signing cost twice as much. That signing seemed a utopia because Alcindor was already a figure in university basketball, but it had a point of plausibility, although finally the Catalan managers gave up. The pivot abhorred warmongering policies, the Vietnam War and racism in the United States and threatened to leave a country that it refused to represent at the 1968 Olympic Games in Mexico.

The arrival of Charles Thomas in Badalona was a shock for Sant Josep, where he was proclaimed the top scorer in the Spanish League for two consecutive seasons, with an average of 25.6 points in 1969 and 24 points a year later. In addition to his scoring ability, his style was spectacular and his jumping power was formidable. He was one of the first in Spain to be distinguished by his mates. Legend has it that he challenged his coach Josep Brunet to put a thousand pesetas bill on top of the board (about four meters from the ground). If he could get it from there, he would keep it.

Barça signed Thomas in the 1971-72 season, and he was in the team until the 74-75 campaign. There he met Carmichael, a tall, blond and lanky center. But the Spanish Federation decided to paralyze the nationalizations for a time -Luyk and Brabender already had a Spanish passport at Real Madrid-, arguing that the Spanish players should be protected during the 1970-1971 season, the pre-Olympic period for the Munich-72 Games. .

Thomas did not perform as expected at Barça. His character was very special. “He was like a big boy and I tried to pamper him,” explains Carmichael. “He told me on more than one occasion that he believed that a player was born with a certain number of jumps. He never wanted to spend them on training. ” Thomas tore his patellar tendon in November 1974, during a match on the Real Madrid court, and did not play again that season. Ranko Zeravica, the Barça coach, was not satisfied with Thomas’ performance and behavior, and decided to hand him over to Manresa. The pivot’s wife and two children had returned to the United States. At 29, unmotivated, Thomas left Spain in 1976. Those who had been his teammates and coaches lost track of his whereabouts. The last known for sure about him is that, in the early 1980s, he was seen at an airport with symptoms of having ingested drugs and alcohol. And later, it was assured that he had passed away. Carmichael could not corroborate such an extreme, although he took it for certain because although he inquired, he never heard from him again. Up to now. Charles Thomas lives.