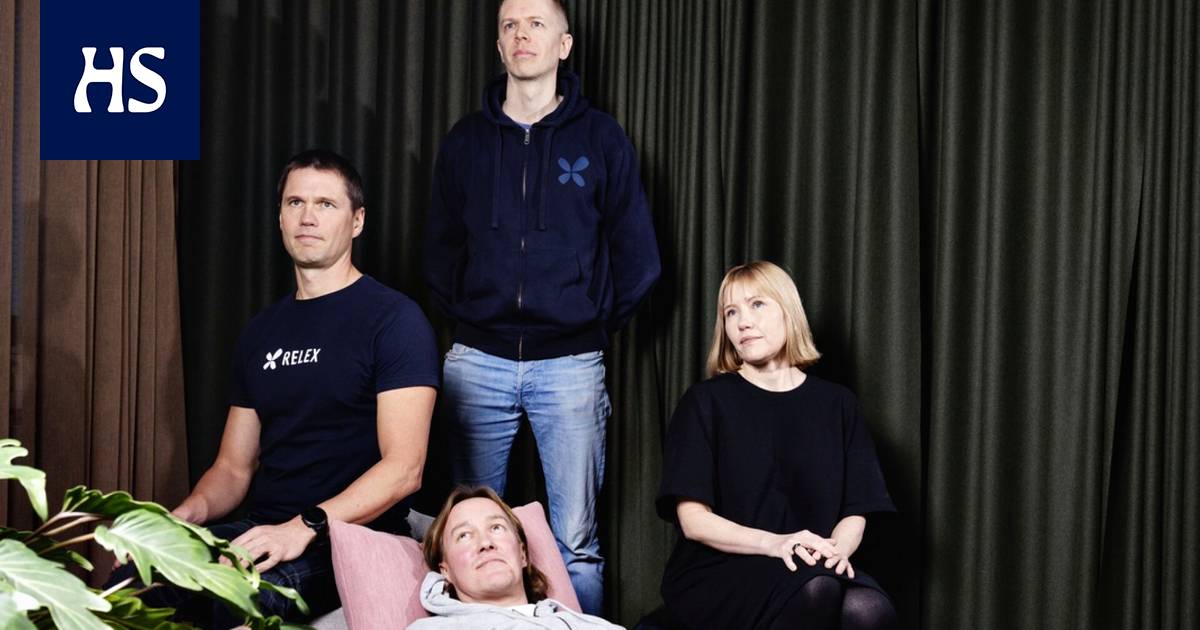 From the word the foundation reminds me of something a little pompous. Academic. There are giant foundations that support science and art, such as the Kone Foundation, the Finnish Cultural Foundation or the Jane and Aatos Erko Foundation. Or things like the Sigrid Jusélius Foundation, founded in 1927, which supports cutting-edge medical research.

Now the patrons of the new age are something else.

They are, for example, business millionaires in the IT industry who want to use their money already in their lifetime to combat climate change and prevent the marginalization of children and young people.

The software company Relex said last February that it had collected 500 million euro financing round. It was the largest in the history of Finnish growth companies. Part of the financing was a share sale, where the company’s founders and employees sold shares to investors.

It means the sellers got rich. The deals were partially reflected in the taxable income of the founders of Relex in 2021, which rose to 10–12 million euros.

Read more: Relex, which influences every Finn’s visit to the store, raised the largest amount of funding in Finnish history, surpassing Wolt’s jackpot.

However, they quickly decided that they would not be left to incubate their assets.

“Personally, I have never had the goal of acquiring property. I don’t see what I would do with a pile of money when I already have the things I need for a good life. It’s quite natural to want to start it already at this stage,” the marketing director, one of the founders of Relex Johanna Småros says.

Managing director Mikko Kärkkäinen asked his founding partners Småros and From Michael Falck, would they join in establishing a joint foundation. One of the company’s first employees also came along, Marko Nikula.

“I asked Marko about it at pre-Christmas. Everyone immediately said yes,” says Kärkkäinen.

The paperwork took longer than they had imagined. Now, however, the foundation is registered and looking for a CEO who is getting free hands to build concrete operations.

Each of them has made donations to charity in the past. However, the foundation is more effective for the purpose, it combines their funds and continues to operate even after them.

Johanna Småros, one of the founders of Relex, says that she has never had the goal of acquiring property. Picture: Kaisa Rautaheimo / HS

The foundation’s focus is especially on environmental protection and slowing down climate change, reducing poverty and inequality, and preventing the exclusion of children and young people.

“Environmental issues are a clear focus, because that’s where the situation is,” says Småros.

Relex’s product is planning software that stores can use to optimize and automate, for example, deliveries, store replenishment and storage.

Founded in 2005, the company has become one of the fastest growing companies in Finland. Its turnover was already 133 million euros last year. In the financing round, the value of the company was defined as five billion euros.

Relex the founders are of course not the first founders of the new generation of foundations.

The most well-known example is that of the founders of Supercell Ilkka Paananen and Mikko Kodisojan created by the Me Foundation. It was born in 2015, when Paananen and Kodisoja decided to put a total of 200 million euros into charity.

The vision is that in 2050 there will be no marginalized children or young people in Finland.

The Me foundation also inspired the founders of Relex.

“We also asked them for advice on how to do this,” says Kärkkäinen.

This year alone there is a Patent- and 25 new foundations registered according to the Swedish National Register Office (PRH). Last year, there were 21 new foundations.

More typically, however, the foundations are founded by a family entrepreneur who has already had a long career, such as the founder of the Broman Group, a family company in the car spare parts trade, Väinö Bromani fresh foundation. Or they are memorial trusts that manage testamentary funds.

One recent example of donating company assets to a foundation is the founder of the medical center Pulssi Sakari Alhopuro foundation, which started its operations in January 2020. The foundation’s assets are currently 42 million euros, and it promotes, among other things, medical and environmental research and nature conservation.

Foundations and CEO of rahastot ry Liisa Suvikumpu has not yet observed a particular wave of foundations of recent startup success.

“If you have only recently become prosperous, it is unusual to want to make that decision right away,” says Suvikumpu.

Ten years is a short time in the foundations’ calendar, and social changes are slowly reflected in the priorities of the foundations’ distribution of money. However, many old foundations now support more research and activities related to climate change and nature loss.

“There has also been a huge increase in work for children and young people. There has been a lot more foundation money,” says Suvikumpu.

In recent years, according to him, the desire to support young athletes through new foundations has also been emphasized. And such foundations have been created with relatively little money.

“There are no billionaires behind it. Even a little prosperity can create a desire to give something back to this society in an area that is important to them,” says Suvikumpu.

According to him, the reasonable lower limit for establishing a foundation is around three million euros. With that money, you could get, for example, a endowed professorship at the university.

A year In August 2010, 40 of the wealthiest people in the United States pledged to donate most of their wealth to solving the world’s biggest problems. A major investor was behind the Giving Pledge initiative Warren Buffett and the founder of Microsoft Bill Gates his spouse Melinda Gates with.

The Gates foundation has emerged as one of the pioneers in the technology industry billionaires’ philanthropy, and the founders of Relex say that they have followed its activities as well.

Now in November also the fourth richest person in the world, the founder of Amazon Jeff Bezos, said that he plans to donate a large part of his fortune to charity during his lifetime. There is plenty to give in assets of approximately 124 billion dollars.

“The amount of money they have is absolutely freezing. You can’t reasonably spend that amount on anything. And it can also be quite a curse”, commented Falck.

“Most of the things I care about cost next to nothing. I’ve read studies about how giving money brings more joy than spending it. And I’ve also experienced it myself,” says Mikko Kärkkäinen. Picture: Kaisa Rautaheimo / HS

The focus between taxation and charity is different in the US. The culture of donating is also stronger ever since the Rockefeller Foundation was founded in 1913, Falck points out.

In Finland, the interest in foundations can be reduced by the fact that here it is basically thought that things are managed with tax funds.

“It’s good that there are donation funds. But not everything can be based on that. I believe in democratic decision-making, where MPs decide where we as a society put the money”, commented Småros.