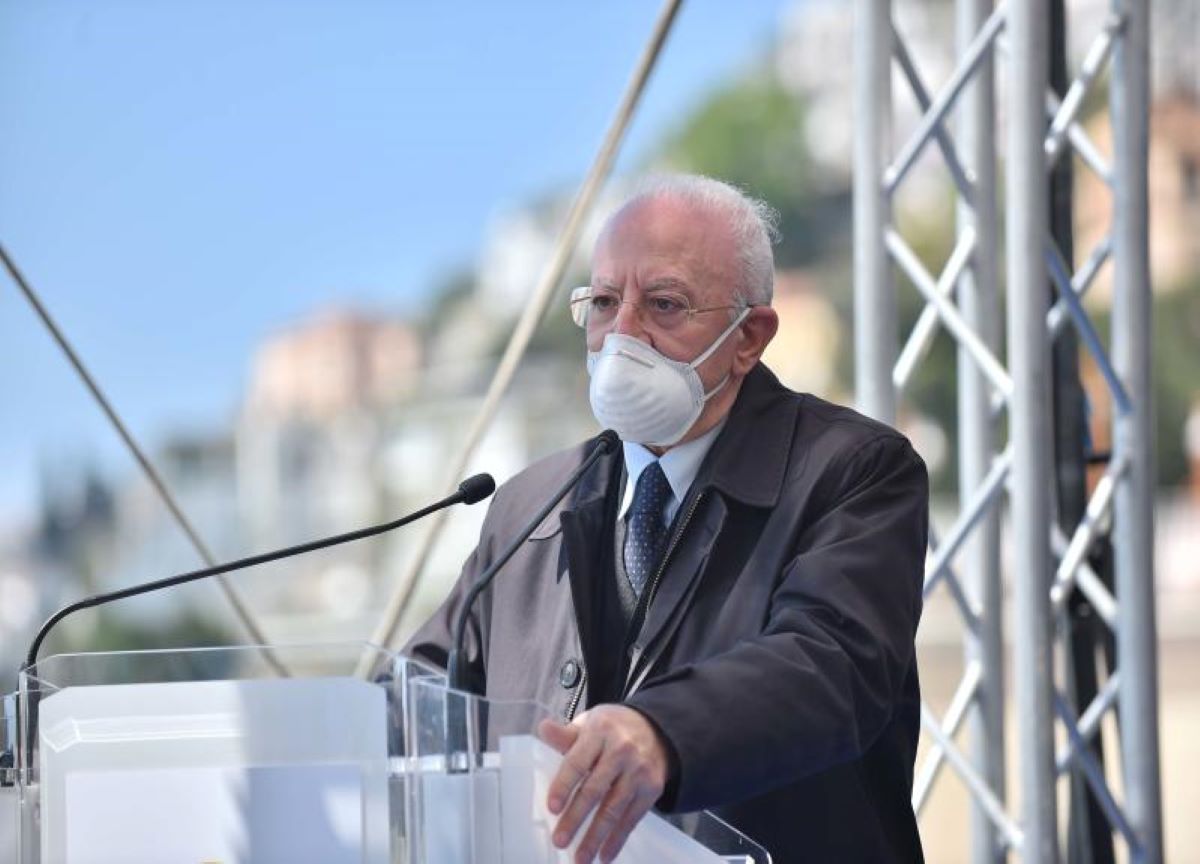 De Luca: “There is no obligation to get vaccinated but not even to keep schools open”

“There is no obligation to get vaccinated, but not even to keep schools open”. This was clarified by the governor of Campania Vincenzo De Luca, who intervened in the Rione Terra di Pozzuoli (Naples) on the sidelines of the inauguration of a new archaeological itinerary from the Roman era.

“If in an institution we only have 10% of children vaccinated, it is clear that we do Dad, there is nothing to do, it is not that we can create outbreaks with our hands. But I don’t think it takes long to understand it : an extraordinary commitment is needed to allow boys and girls above all to finally return to school and have a peaceful life. We need to make an extra effort, we will open when we are calm “.

But chaos reigns over the school and still no one can say for sure what will happen in September. These days, however, many are speaking to make hypotheses or requests, while the Minister of Education Bianchi is positive. “Today, data in hand, we are speaking on a national basis of 85.5% of school staff who are vaccinated”. he told Tgcom24.

“There are however – acknowledged the minister – great regional differences. Sicily, for example, has a much lower number … I always hear from the regional councilors and they tell me that perhaps there is a problem of detection, in the sense that there are many vaccines made without asking the profession. But I believe that the data is evident – he reiterated – we are at 85.5% which is an extraordinarily higher number than the national average “.

“We continue to appeal to everyone to get vaccinated, which is the real tool with which we can be safe in the country and therefore in schools”, said Minister Patrizio Bianchi. “There is a problem of homogenization between different Regions and provinces – he explained – now Commissioner Figliuolo is acting in a targeted manner to allow those territories, where we are lower than the national average, to reach that level of 85 or 90%, which I believe is one of the highest in Europe “.

If the differences between Regions remain regarding the vaccination of school staff, “afterwards it is clear that we will take stock of the situation with the whole government, with the Minister of Health and the Regions. But let’s not forget the point from which we are starting: 85.5% of the school staff on a national basis are vaccinated, with Regions reaching 100% such as Campania and Friuli “. On the Regions where the percentage of vaccination in schools is much lower, such as Sicily, it will be necessary to “act in a targeted manner”, reiterated the Minister of Education Bianchi, who also spoke of school reform.

“It is time to reform the school and I am not afraid to use this word. In the ‘summer school’ program we have put a lot of resources, especially in the South, and we have responded to specific problems of the children. But one of our points Social inclusion combined with our humanistic tradition, which we managed to ‘tie’ to new technological approaches, was a strength. From this we will start this year to make a great change “.

“Not getting vaccinated puts the health of others at risk if you are someone who works in the hospital, but also in SCHOOL or in the police. In this scenario, perhaps we should get to the obligation”. So Matteo Bassetti, head of infectious diseases at the San Martino hospital in Genoa, to the microphones of the broadcast ‘Italy has awakened’ on Radio Cusano Campus.

“In the other scenarios – he specifies – people are free to do what they want, but then they don’t come and tell us that we didn’t tell them. I’m sorry to think that you can prevent an infection and you don’t do it after the state he offered you the vaccine for free, he took it everywhere, he even made you choose. Don’t take advantage of this opportunity, knowing that in some areas of the world they don’t even have the vaccine – warns Bassetti – it’s a shame “.

” I trust that the Government will choose the path suggested this morning by Francesco Vaia, Health Director of Spallanzani, regarding the need to establish the vaccination obligation for all school staff. We can no longer afford to forgo face-to-face activities in any way. Dad has exacerbated inequalities and increased early school leaving and the skills of many students have plummeted in this year and a half. The reopening of September must be the absolute priority of the entire political agenda and every means must be adopted to protect schools. The vaccination obligation is a necessary and essential condition, at least on Salvini schools you avoid the sinister electoral propaganda. Vaia and many other authoritative voices are right: the vaccine is essential to protect small communities such as schools ”. This was reported in a note by the MEP of the Democratic Party Pina Picierno.

“The school must open in September and our children must be able to stay there for a year because, we have also seen it from the valid data, the dad doesn’t work in the long run. So we work for the return to the classroom using the tool of persuasion and if and the case is also the compulsory vaccination for those who work in the school “. This was stated by the President of Italia Viva Ettore Rosato as a guest at Skytg24.