Chaos in Afghanistan: a list of bans women could face 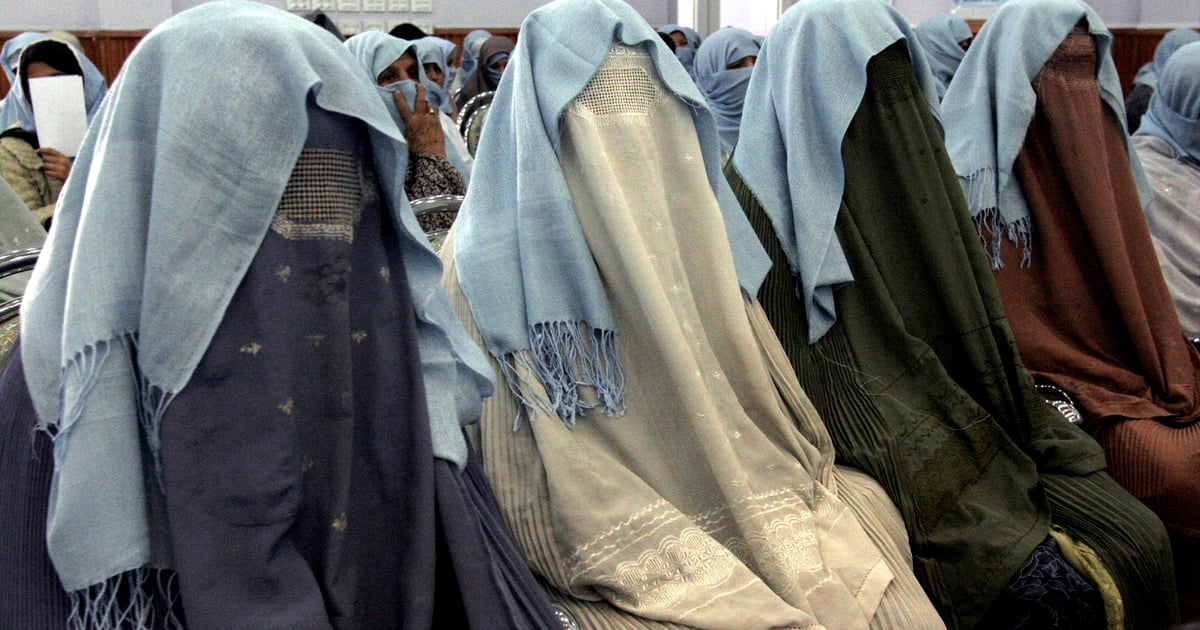 Kabul’s fall to the Taliban completed, the outlook for Afghanistan’s women and girls suddenly it has become extremely risky. Although the Islamic group has sought to reassure the population, the memory of its previous regime, between 1996 and 2001, floods women with terror.

Without going any further, the Revolutionary Association of Women of Afghanistan (RAWA, for its acronym in English), recently published a compiled of prohibitions that women have faced in the past in Taliban-occupied territories.

Taliban fighters can be seen all over the streets of Kabul. Photo: AFP

“The Taliban they treat women worse than their animals (…) Women do not have the least importance in the eyes of the Taliban, less when they are engaged in procreation, satisfying men’s sexual desires or taking on heavy housework on a daily basis, “the group states in the text. .

RAWA was created in 1977 in Kabul, Afghanistan, as a political and social organization that fights for human rights and social justice in the country.

1. Total prohibition of female work outside the home. Only a few female doctors and nurses are allowed to work in some hospitals in Kabul.

2. Total prohibition of any type of activity by women outside the home, unless they are accompanied by their ‘mahram’ (the closest male relative, be it the father, brother or husband).

Outside the Kabul airport, people continue to congregate in hopes of leaving the country. Photo: EFE

4. Forbidden to be treated by male doctors.

5. It is forbidden to study in schools, universities or any other educational institution (the Taliban have turned girls’ schools into religious seminaries).

6. Women must wear a burqa that covers them from head to toe.

The images of Taliban fighters are beginning to become an everyday scene. Photo: EFE

8. Whipping in public against women who do not hide their ankles.

9. Public stoning of women accused of having sexual relations outside of marriage.

11. It is forbidden to speak or shake hands with men who are not his ‘mahram’.

12. It is forbidden to laugh out loud.

13. It is forbidden to wear high heels, which can produce sound when walking (a man cannot hear a woman’s footsteps).

14. It is forbidden to ride a taxi without your ‘mahram’.

Armed Taliban fighters in the streets of KAbul. Photo: AP

15. It is forbidden to have a presence on radio, television or in public meetings of any kind.

16. It is forbidden to practice sports or enter any sports center or club.

17. It is forbidden to ride a bicycle or motorbike, not even with their ‘mahram’.

18. It is forbidden to wear colorful clothing. In Taliban terms, these are “sexually attractive colors.”

19. It is forbidden to gather for holidays or recreational purposes.

20. It is forbidden to wash clothes in rivers or public squares.

21. Modification of the entire nomenclature of streets and squares that include the word “woman.” 22. Prohibition of women to look out of the balconies of their apartments or houses.

23. Mandatory opacity of all windows, so that women cannot be seen from outside their homes.

24. Tailors are prohibited from measuring women and sewing women’s clothing.

26. Prohibition of women and men from traveling in the same group, which are now divided into “only men” or “only women”.

27. It is forbidden to wear flared trousers, even if they are worn under the burqa.

28. It is forbidden to photograph women.

29. Prohibition of the existence of images of women printed in magazines and books, or hung on the walls of houses and shops.

More restrictions for everyone

In addition to this, RAWA also added a list of more general prohibitions imposed by the Taliban:

–Listening to music forbidden, not only to women but also to men.

– It is forbidden to celebrate the traditional new year (Nowroz) on March 21. The taliban they have proclaimed that this holiday is pagan.

– Labor Day was eliminated as it was considered a “communist” holiday.

– Anyone with a non-Islamic name must change it.

– Afghan youth were forced to shave their hair.

– They ordered men to wear Islamic clothing and to wear a cap.

– They ordered men not to shave or trim their beards, which must grow long enough to fit into a fist under the chin.

– They order that everyone attend prayers in mosques five times a day.

– It is forbidden to take care of pigeons and train birds, since it was considered non-Islamic activities. Those who violated this rule were imprisoned and the slaughtered birds. Kite flying had also been banned.

– They forced all the spectators, when they cheered on athletes, to sing Allah-u-Akbar (God is great) giving applause.

Distrust in the air

For those who lived through the first Taliban regime, this list closely resembles some of the restrictions imposed on women between 1996 and 2001.

During those years, and mounted to an ultra-conservative Islamic vision of the group imposed restrictions and punishments on women, such as stoning, amputations and executions, until they were overthrown by the US-led invasion.

Despite the fact that the Taliban have multiplied their gestures of appeasement towards the population since they entered Kabul on Sunday, for many Afghans, it will be difficult to trust.

“People are afraid of the unknown. The Taliban patrol the city in small convoys. They don’t bother anyone, but of course people are scared“a merchant in Kabul told AFP on Tuesday.

With information from the AFP agency