Changes in the regulations foreseen for the Euro 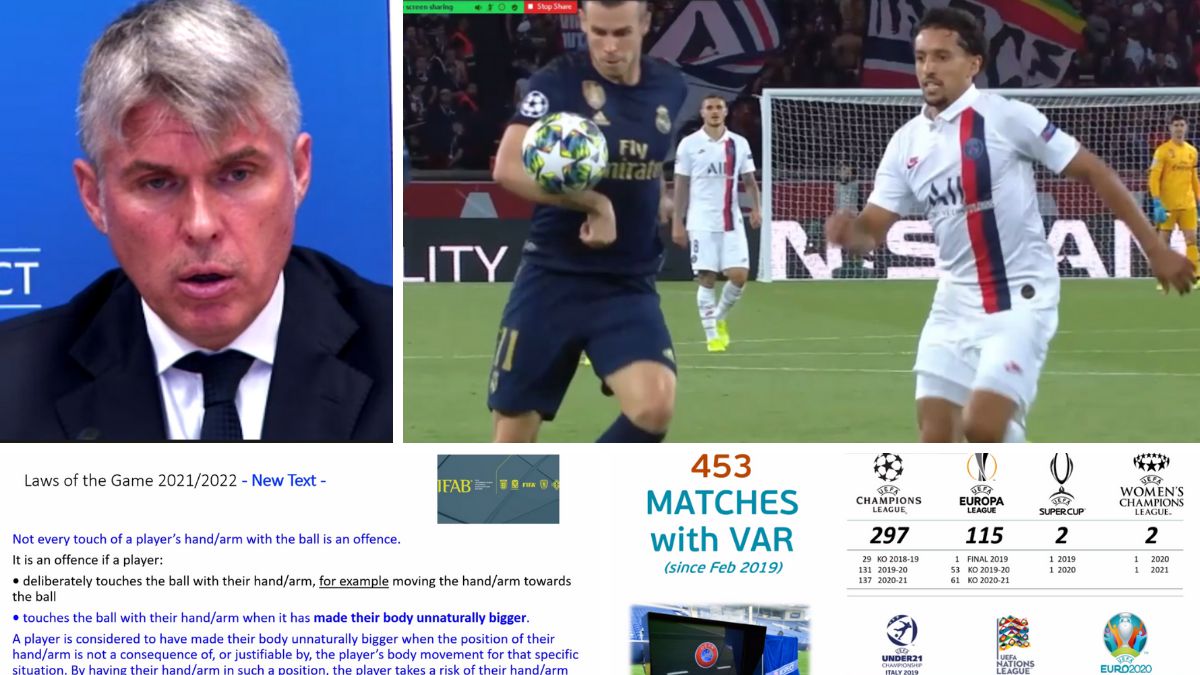 Roberto Rosseti, UEFA’s chief referee, analyzed with the media what may be the most important developments in the European Championship in terms of regulations. Although the new regulations to be applied by the International Board had a starting date of July 1, those tournaments that are played in between, including the Eurocup, may adopt it from the beginning. This is what UEFA has decided, which will therefore have a different criterion with the hands than it has been up to now.

“The Executive Committee decided that the new regulations will be used from the Euro Cup. There was no consistent application of the law of hands. With this new wording there is a rule more in line with the spirit of football. Now it will be about making it more understandable for everyone“Rosetti explained. The most notable changes in this field are:

Rosetti also explained that UEFA is strongly committed to VAR and gave some data on how it has worked since it has been applied in UEFA tournaments: “UEFA believes in VAR. We are convinced that it is a help for referees and for football. It is a dangerous project and you have to be careful, but we believe in it. Our data say that there is only one correction every 3.25 games. We are working hard to improve, but we think the figure is good so as not to alter the nature of the game. “