Change overnight: stories of two late-night bars that must adapt to the day 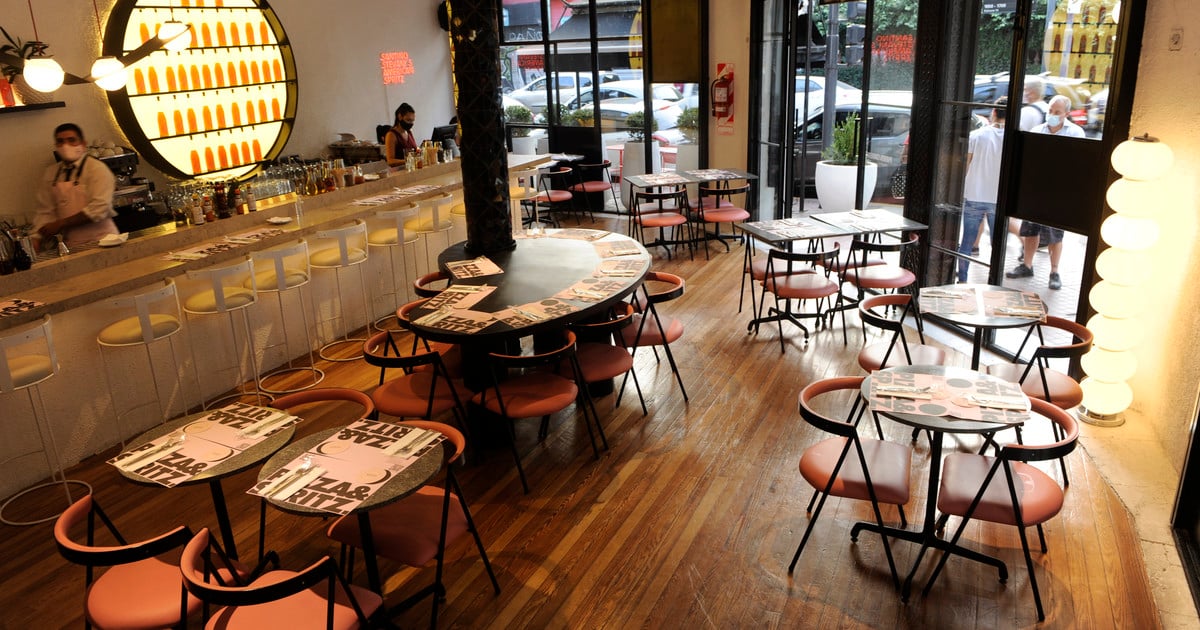 “I haven’t fallen yet. I hope it’s only 15 days and then everything returns to normal ”, is excited Agustín, partner of the beer garden Polish Klub. It is at the back of the palatial headquarters of the Union of the Poles of the Argentine Republic (UPRA), a historic building five blocks from Plaza Serrano.

He says it while the tables in the patio are being vacated: it’s seven in the afternoon in Buenos Aires and everyone goes home with a cup. The obligation to close at that time imposed by the last presidential decree, to him and Kristina, the visible duo of the bar, it costs them 80% of the income. Beer is drunk, especially, at night.

Now the proposal is open at 10 instead of 12 and offer breakfast: make more coffee, add croissants and toasts. Although perhaps someone would like a zapiekanka, one of the most requested Polish specialties on the menu: half a baguette combined with mushrooms, ham, chicken, meat, cheese, vegetables. The “happy hours” are also early.

Agustín and Kristina must convert their beer garden, the Polish Klub, into a bar that offers breakfast from 10 am Photo Marcelo Carroll

At least they have the advantage of a spacious exterior, with a sumptuous orange tree, ivy climbing the walls and two striking backgrounds, opposite and complementary: on one side that of the interior of the bar, neon and posters with pop reminiscences, and on the other that of the UPRA building, a mansion of principles of the twentieth century that was restored in 2009. In mid-2018 the Klub would arrive.

“I disagree with closing before, like any gastronomic one. The bars are not the focus, here we are all the time with chinstraps. The problem is in those who do not respect the protocol. Moving the schedule does not change anything at the health level”, Highlights Agustín, who still complies with the measure.

He looks tired. Kristina too. They try to cheer up and remember even worse times when, in the strictest quarantine, there were only four working at the bar. “We had to let people go and then rehire people. Now we don’t know what will happen, ”she says. They work with counter withdrawal and delivery by applications, but they estimate that that covers only 10% of what they should bill.

“Moving the schedule does not change anything at the health level,” complain the owners of the Polish Klub. Photo Marcelo Carroll

In the Spritzza bar making delivery does not bring them great benefits either. “But it’s the only thing I can think of to avoid having to kick people out. We have 20 employees ”, explains Tomás Arizaga, one of its owners. It’s been less than a month since they opened on the corner of Thames and Costa Rica, four blocks from the Klub.

The proposal was eminently nocturnal: combine an artisanal aperitif with other alcoholic bases and fruits; pair everything with Neapolitan dough pizzas and silver toppings; consume on the sidewalk, lounge or, better yet, terrace, that sector that gains followers in bars throughout the City, but preferably at night.

The Spritzza bar is in Thames and El Salvador. Photo Fernando of the Order

“We combine the aperitif with sparkling wine, champagne, gin. That proposal is not easy by day. Nor is it about putting delivery, because we are new to the neighborhood and people hardly know us, so we are investing in advertising ”, explains Arizaga, and admits that he has not yet defined the strategy to face the change with his partners. “We will see how this works during the day and how the public reacts, to know how to search for it and thus not melt”.

Meanwhile, they have no choice but to change the schedule: from 17 to 2 they started working between 12 and 19. From then on they deliver and take-away until 11pm, as established by the presidential decree. And they hope that the general situation will improve, although they have no illusions.

Drinks in a matinee section at the Spritzza bar. The only option to be able to work. Photo Fernando of the Order

“We need help. There is no more ATP, and only 14% of the gastronomic sector accesses the Repro -as Arizaga-. Yes we are not the focusWhy do they try to find the solution where the problem is not? ”.